RNZ Concert's proposed relegation to the 'sub-optimal-for-symphonies' AM band was short-lived, but the government freeing up another FM frequency for RNZ raises more questions about what will be broadcast on it - and what it will cost. ​ 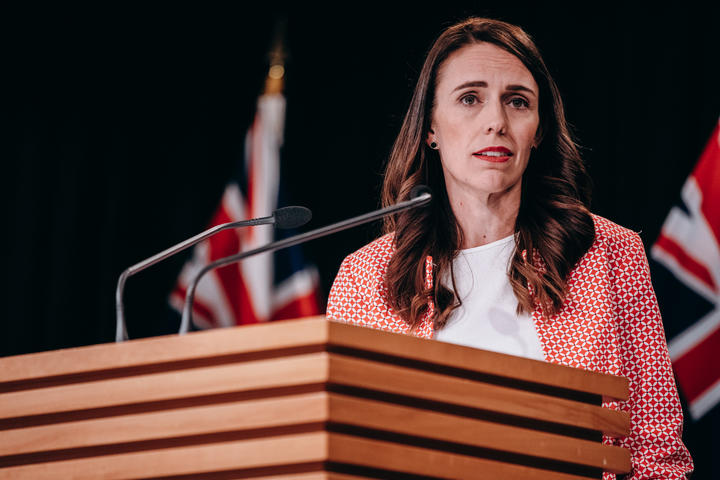 Today's news that RNZ Concert will still be broadcast on stereo-suitable FM beyond May was all but inevitable after the PM declared on Morning Report yesterday she was "frustrated" by RNZ's proposal - and then "more than miffed" soon after on Newstalk ZB.

At her post-Cabinet press conference later she "made it clear" she wanted RNZ Concert to remain on FM.

She said unused FM frequencies could be released by MBIE after Cabinet approval, and she said RNZ has been informed of that.

In fact, she went on to say that her Broadcasting Minister Kris Faafoi had told RNZ's management that when he was first briefed a fortnight ago about the proposal to bump RNZ Concert off FM by the end of May.

That would  free up one of RNZ's two existing frequencies for a new music-based service for younger listeners to launch in August. - part of a wider RNZ strategy to attract a newer generation of listeners.

Jacinda Ardern said on Monday taking Concert off FM concerned Kris Faafoi and he had asked RNZ for more time before unveiling the idea.

It was last Wednesday when RNZ announced its proposal to its music staff - many of whom would lose their jobs under the proposal - that the solids struck the air conditioning.

Classical fans and arts grandees complained en-masse. A protest march, a musical demo at Parliament and a possible legal challenge have all been proposed in recent days.

The chorus of complaint clearly cut through.

The board of RNZ today welcomed the government's decision to look at freeing up an additional FM transmission frequency and "to explore funding options for a multi-media music brand".

"This is an excellent opportunity as it will allow RNZ to launch a multi-media music brand for younger people on multiple platforms including FM while continuing to provide a classical music service broadcast on FM and other platforms," RNZ's chair Dr Jim Mather said in a statement.

But what kind of classical service will it be?

RNZ's original proposal was to turn Concert into an automated play-out system without human hosts. The music journalism, music selection and scheduling carried out by other RNZ music staff would also be much reduced.

RNZ chief executive Paul Thompson told Mediawatch last week this was necessary because the new service had to be funded from existing budgets.

Without fresh funds, will Concert on the new FM frequency be like it is now - or the simple 'jukebox' service set out i RNZ's new proposal?

On Tuesday Checkpoint, Thompson said he would not be drawn on that until he'd talked to affected staff and considered feedback.

"We  . . . look forward to completing the consultation process to consider other possible improvements to that service now we have been given the potential of additional FM capacity," RNZ's chair Dr Jim Mather said in RNZ's statement.

But  - whatever is on the new frequency - the additional capacity brings with it extra costs.

"That's not something I have a judgement on. My focus is the Concert FM stays on FM," the PM said when asked about Kordia's role and the costs last Monday.

But someone is going to have to think about that now.

It's not the first time a government has handed out the 102 FM frequencies to try and solve a music problem.

In 2006, CanWest  - the former owner of what is now MediaWorks - persuaded the government to licence the use of the frequencies earmarked for a public youth radio network.

The all NZ-music station Kiwi FM ran until 2015 and there's been nothing on 102 FM since then.

Back in 2011, the briefing for the incoming minister said: "An early decision is needed on the future of the 102FM band."

It wasn't a priority then - but it is now.

On Checkpoint, Thompson denied that securing the additional FM frequency like this - or putting pressure on the government to cover costs - was all part of a plan.

"We're not smart enough to have conjured up a plan like that," he said.

But while some people have wondered why a youth network wasn't already up and running if frequencies were there for one all along, one reason is that no-one has forced the issue quite like this before.