‘Freedom in Broadcasting without Harm’ is the newly-stated mission of our most powerful media watchdog. The BSA is also asking if broadcasting standards need to change after the Christchurch mosque attacks. This could be controversial against the backdrop of increased angst about hate speech and freedom of expression these days.

Of all the watchdog agencies holding the media to account in New Zealand, the Broadcasting Standards Authority is the most muscular.

Others - such as the Media Council and the Advertising Standards Authority - are instruments of self-regulation. They are administered and funded by the industries they scrutinise and they appoint the people who respond to public complaints. 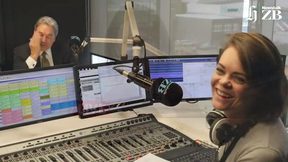 But the BSA is backed up by the law: the Broadcasting Act of 1989. Its rulings are effectively legal documents which can be appealed in the High Court. Its members are appointed by the government.

Last year, broadcaster Heather du Plessis-Allan described the Pacific Islands as “leeches on us” - more than once - on Newstalk ZB. The network told complainants this was merely the sincerely-held view of the host expressed in a robust style typical of talkback radio.

But when some followed up with the BSA, the Authority found those comments breached the standards for not only good taste and decency but also discrimination and denigration. It ordered Newstalk ZB to broadcast a statement that made that clear and then to pay $3000 in costs to the Crown.

It’s a modest sum that didn't dent the broadcaster’s bottom line, but it served to signal a serious breach of standards. No other media watchdog has that power.

But now the BSA is shifting its focus.

It has announced what it calls “a strategic refresh which puts the spotlight on harm” under a new vision statement: ‘Freedom in Broadcasting without Harm’.

“Our overarching goal is that New Zealanders can confidently engage with broadcast content that does not cause harm,” current BSA chair Bill Hastings - a District Court judge who was formerly chief censor - said in a statement. 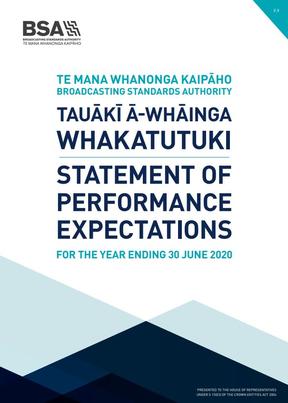 But who decides what’s harmful - and how? That’s a thorny issue for an agency backed up by the law in these days of polarised views about free speech, hate speech and freedom of expression.

“This is highlighting what we do already which is to prevent harm where we can,” the BSA chief executive Belinda Moffat told Mediawatch.

“When we receive a complaint, we value the right to freedom of expression against what harm might have already risen arisen. The Authority is now putting a spotlight on the fact that 'harm' is a really important part of what we do,” Belinda Moffat said.

Is the BSA changing its definition of 'harm'?

“When the Authority looks at whether a broadcaster has caused harm they look at the surrounding facts and the really important role the broadcasters play, which could be to entertain or to inform or to educate us. We look at the broader context of the programme when making that assessment of harm,” Belinda Moffat said.

“We have to regulate to prevent harm upfront if we can which is why we have Codes and Standards to make sure vulnerable segments of the society aren't exposed to harm by broadcasters,” said Judge Bill Hastings, the BSA chair.

After Christchurch and 15 March, there’s heightened concern that the Muslim community is one of the vulnerable segments of society. But advocates of free speech insist religion itself should not be free from criticism and the media’s right to air it must be protected.

Is this the Authority’s response to complaints made about the media post-15 March?

Judge Hastings wouldn’t comment on complaints yet to be considered by the Authority.

“But I think that’s fair to say there have been complaints of that nature [post-15 March],” he added. 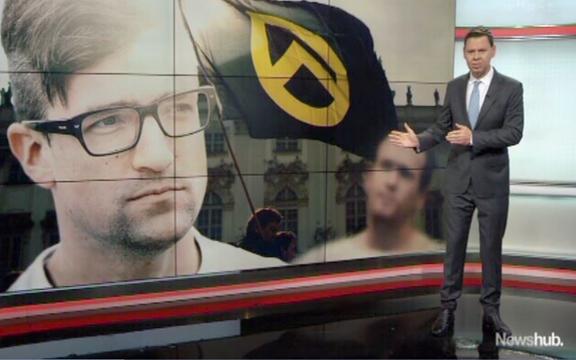 Both broadcasters were criticised for ‘platforming’ both him – and the racist views and philosophies which were shared by the accused Christchurch gunman, who made at least one donation to him.

“Post-Christchurch we have seen a steady stream of complaints ... and we are acutely aware that these are really important issues at the moment,” said the BSA's Belinda Moffat.

“We are dealing with those at the moment and we can’t talk about the details of that but this was an extraordinary and unprecedented horrific event. The media had to step up in really difficult circumstances,” she said.

“But we also understand it was really distressing for the Muslim community and the friends and family of those victims and the wider community to see what was unfolding. All of those factors will be taken into account when the Authority makes decisions on those soon,” she told Mediawatch.

The BSA’s recently-released Statement of Performance Expectations (PDF) also says: “We will also assess what further changes to the Broadcasting Codes may be required taking into account the unprecedented terrorist attack in Christchurch.”

“We don’t have a terrorism standard ... but it’s made us ask ourselves: Do we need to have a standard about reporting on terrorism? I don’t think in New Zealand we thought we have to get to that point but we will look at that,” Belinda Moffat said.

“There is work on the way we are looking at hate speech in the Ministry of Justice under the direction of the minister so we will wait to see what the outcome of that is. Then we will look at the 'denigration' and 'discrimination' standards and see if we need to adjust them. If we make any changes that will be in consultation with broadcasters,” she said. 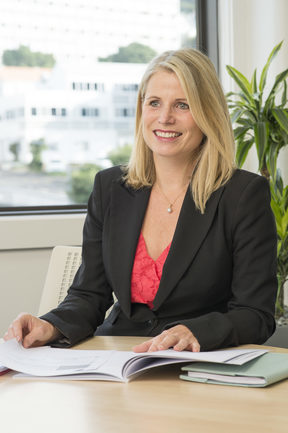 Given that the backdrop to this is a major matter of public interest, will the BSA inevitably end up ruling on whether individuals are upset by something they see.

“We are always looking at whether it’s just personal preference and a key part of broadcasting standards is: Has a broadcaster signaled and signposted what their programme is about and what to expect?” she said.

“If the broadcaster has told the audience what they are going to be talking about, that enables the audience to make a discerning decision to participate,” she said.

“Where it becomes more harmful ... we have discrimination and denigration standards and that is where we are starting to look at if human rights have been infringed,” she said.

“The Authority has the ability to step in and say: ’Actually in that situation, freedom of expression and the right to it should be limited and we are going to uphold the complaint',” she said.

That was what happened when the BSA upheld complaints about Heather du Plessis-Allan's "Pacific Island leeches" comments.

The Authority found them in breach of standards for discrimination and denigration, but some people felt the station shouldn’t be punished because the comments – while offensive to many – didn't cause significant harm.

Is this a benchmark for broadcasters wondering what will be considered harmful enough to outweigh their freedom of expression?

Belinda Moffat told Mediawatch the BSA's lengthy written ruling “stands for itself and it’s there for all New Zealanders to read.”

“The Authority looked at how the New Zealand community responded and the broadcasters’ response. In that case (there) was the opportunity to put the statements in context but there was a doubling-down on the statement made and that was a big factor,” she told Mediawatch.

“We wrestled with that, we debated it back and forth,” Bill Hastings recalled. 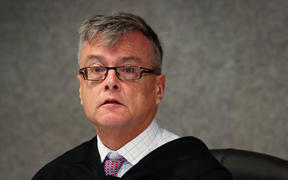 “We have a four-member board and at times it was 3-1, sometimes 2-2 and sometimes 3-1 the other way. We eventually came to what we felt was a really robust decision,” he said.

Newstalk ZB's owner NZME could have appealed it in the High Court if they thought it was an unjustified restriction on freedom of expression. It hasn’t so far.

“We have a huge body of precedent over 30 years now which people can point to to tell how we appoint the standards over the years to go to their own behaviour and practice when they respond and they broadcast,” he said.