Broadcaster Heather du Plessis-Allan to her listeners last week: “The Pacific Islands don't matter. They are nothing but leeches on us.” 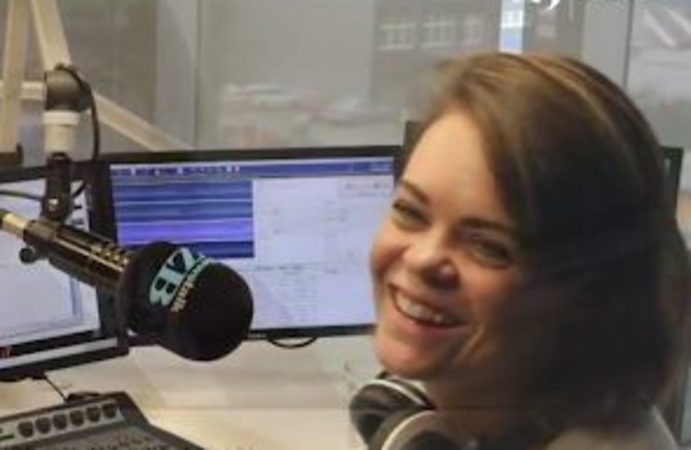 The Newstalk ZB presenter told listeners it was not worth the expense of sending the PM to the Pacific Islands Forum in Nauru.

“The Pacific Islands wants money from us,” she said.

"Hey Heather. Words REALLY do matter. Check this out and maybe think twice about calling people leeches, or cockroaches, or other non human things next time," he wrote.

What he wanted her to read was an article from Rwanda about how the genocide in that country, 24 years ago, was preceded by a propaganda campaign in the media in which ethnic Tutsis were branded "cockroaches."

Ms du Plessis-Allan's comments were posted on social media, prompting lots of angry reactions and some abusive and offensive putdowns of the broadcaster herself.

Ms du Plessis-Allan invited Privacy Commissioner John Edwards onto her show to debate the issue last Tuesday. He declined and she hit out.

"Go back to university and do some more training. You are not good enough."

She said Mr Edwards' reaction was symptomatic of intolerance on the political left.

"They are like all deep-thinking and progressive but the moment someone says something that they don't want to see the nuance in, they just take the broad brushstrokes of something."

There was not a lot of nuance in her original comment: “The Pacific Islands are nothing but leeches on us".

On the air last Tuesday, Ms du Plessis-Allan insisted she had not "dehumanised" or insulted anyone, she had commented only on Pacific Islands' governments.

"I will double down on this. I do not regret what I said because I was not talking about people living in this country or the people themselves. I was talking about the Pacific Islands and the people who run it [sic]," she said.

It was not an argument likely to convince Samoan-born New Zealand writer, actor and Sunday News columnist Oscar Kightley.

He said Newstalk ZB "owes our Pasifika neighbours an apology".

"This broadcaster should know that when they slag off the Pacific Islands, they're also slagging off the nearly 300,000 Pasifika people who call New Zealand home.

"It's not like we're going to say: 'It's okay, she only means the islanders back there - not us,' " he wrote in the Sunday News this weekend.

Underlying all this was Ms du Plessis-Allan's view that New Zealand aid to the Pacific Islands has not been well spent.

Given that increased financial aid to the region is a big part of the Pacific Reset policy now being put in place, it is something worth discussing, but the debate needs facts.

On Tuesday, she seized on Niue as an example.

She said New Zealand was "literally funding the country".

But Niue is a bit of a special case. It is a self-governing territory affiliated to New Zealand and Niueans are also New Zealand citizens.

One of the reasons so few people live there now is that many of them have come to New Zealand to work in the past two generations, distorting the local economy and demographics.

In April, the government here announced that from 2019, Niueans, Tokelauans and Cook Islanders would no longer need to return to New Zealand late in life to get New Zealand pensions.

Niueans - or other Pacific people for that matter - wouldn't get a pension if they were not entitled to one by living here in New Zealand in the first place - and incentivising pensioners to relocate could help reduce economic dependence on New Zealand.

"It is expected that [this] will help boost economic development and human resource capacity by allowing highly skilled people to continue contributing to their communities in these Pacific islands,"  Minister for Social Development Carmel Sepuloni said at the time.

Employers using temporary migration work visas would disagree with Ms du Plessis-Allan's claim New Zealand "gets nothing" from the Pacific Islands - and so would other New Zealand businesses.

In dollar terms, New Zealand exports roughly 13 times as much as it imports from Pacific Island countries, according to MFAT statistics.

More than 100,000 Pacific Island residents visit New Zealand every year, and about 300,000 New Zealanders go the other way - mostly on holiday.

Ms du Plessis-Allan also insisted it's a fact that Nauru is a “hellhole."

She was not the only journalist to say so.

"It reveals the astonishing ignorance of Pacific history by the majority of New Zealanders," said veteran Pacific affairs journalist Michael Field on Facebook.

"Nauru might be a 'hellhole' and there is a reason for it - New Zealand and Australia destroyed it," he wrote.

The island’s landscape has been ravaged by intensive and badly managed mining of phosphate, which is running out: 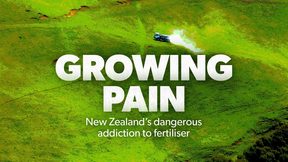 In a Stuff series about New Zealand’s heavy use of fertiliser published this week, Growing Pain, correspondent Charlie Mitchell said New Zealand imports of phosphate from Nauru had paid off handsomely.

"New Zealand enjoyed decades of cheap phosphate, which became lucrative meat and wool. Few things are as responsible for the country's economic successes as the exploitation of its Pacific neighbours," he wrote.

"Now that the phosphate dust has settled and the shameless self-promoting headlines about the Pacific being 'leeches' and a waste of time and money have lost their hysterical edge - let's take a look at some facts," she wrote on the TVNZ website this week.

Some countries made it clear they did not need New Zealand at all, she said, which was all the more reason to engage with them.

And Barbara Dreaver wound up with this thought:

"As someone who has lived and worked in the region for nearly 30 years I have nothing but contempt for the sheer ignorance I have been reading from those whose idea of the Pacific is lying poolside at Denarau with a pina colada."

She did not say where the “sheer ignorance” came from but the reference to "leeches" was a clue as to why she made that comment.