10.20 Considering what's happening with the US Presidential Election

Unexpected results and holding speeches from both Donald Trump and Democratic contender Joe Biden in the early hours of the morning in the United States. Karyn asks Professor David Smith from the United States Studies Centre at the University of Sydney about how to interpret the results and rhetoric so far. 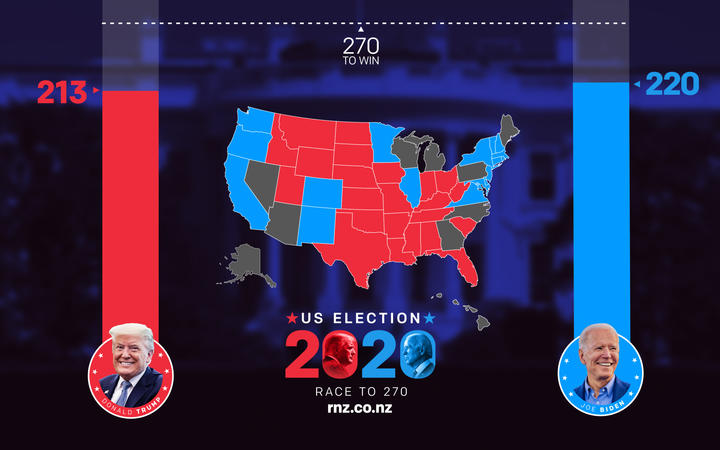 10.40 Midweek Mediawatch: NZ coverage of the US Election

Mediawatch's weekly catch-up with Lately. This week Hayden Donnell talks to Karyn Hay about today's media coverage both here in New Zealand and internationally of the US presidential election. 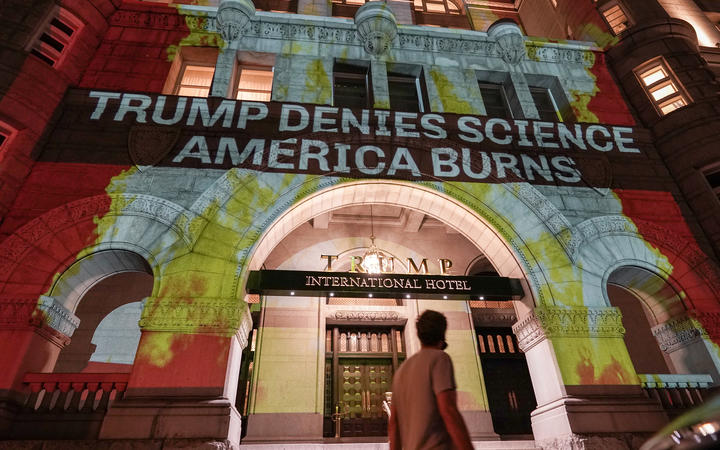 Activists project flames and commentary on the side of the Trump International Hotel in protest of President Donald Trump's response to science and climate change. Photo: AFP / Getty Images