10:20 Reuters journalists released from Myanmar prison after more than a year 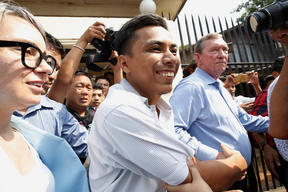 Two Reuters journalists jailed for their reporting on war atrocities in Myanmar have finally been released from prison, more than 500 days after they were incarcerated. Some observers say it could signal a major shift in policy from the Myanmar leader Aung San Suu Kyi, who's overseen a government notoriously hostile towards journalists - but others are more cautious. Aaron Connelly, a research fellow specialising in Southeast Asian politics at the International Institute for Strategic Studies, joins us to discuss. 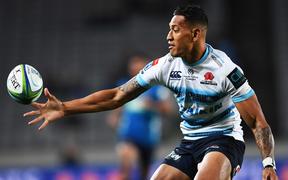 Israel Folau has been found to have breached the Rugby Australia's player's code of conduct, with a social media post. Folau, a fundamentalist Christian, posted a comment on Twitter and Instagram, saying hell awaited 'drunks, homosexuals, adulterers' and others. After a three day hearing, Rugby Australia says the independant panel has decided Folau committed a high-level breach of the Professional Players' Code of Conduct with the post. 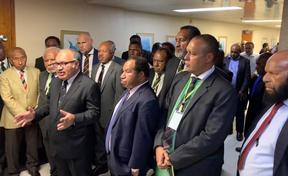 Pressure is mounting from within the Papua New Guinea Government to remove prime Minister Peter O'Neill. More than a dozen MPs have defected from the government to the opposition. RNZ Pacific's Johnny Blades gives an update on where things are at.

10:50 A short history of getting kicked out of parliament 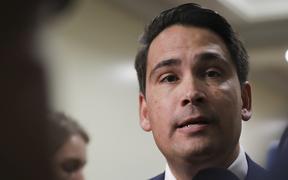 The leader of the opposition, Simon Bridges, was today expelled from parliament ... for a somewhat unusual reason: mimicking the sound of a barnyard animal. Dr Grant Morris from Victoria University joins us with a throwback to some of the more inventive invective our MPs have hurled at each other over the years.