The New Zealanders involved in the exploitation of Filipinos

Insight - Sex tourism and online abuse are growing in the Philippines and New Zealanders are some of the perpetrators. Gill Bonnett investigates. 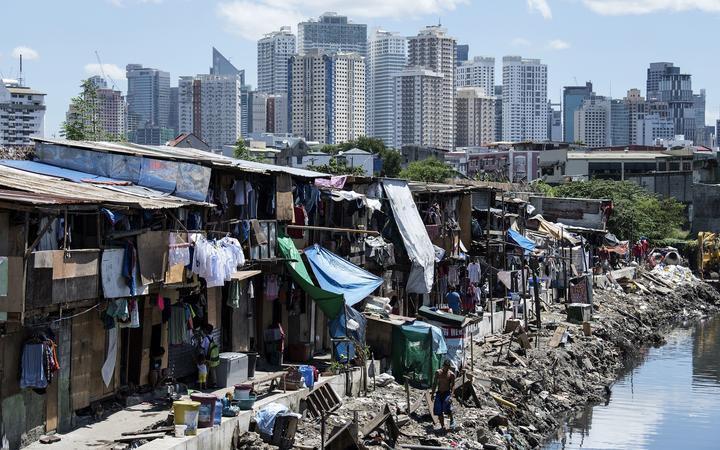 It’s early evening in the capital of Manila, and blankets and cardboard boxes cover footpaths and bare earth. Homelessness is different here: instead of individuals huddling down for the night, there are makeshift beds clustered together loosely in family groups. Carrier bags containing the sum of the families' belongings sit nearby, and some have an umbrella to shield them from the rain as they sleep.

It's poverty like this - some people simply cannot find work - that drives much of the country’s exploitation. Some Filipinos end up being trafficked for sex, others exploit their children online for income.

"The youngest victim we have catered for in one of our shelters was one year old," says Sherryl Loseño, who works for Voice of the Free in Manila, an organisation which helps vulnerable women who are looking for work avoid trafficking and exploitation.

"Those kids are trafficked into cyber sex trafficking online, and the parents are the ones facilitating the trafficking," she says. 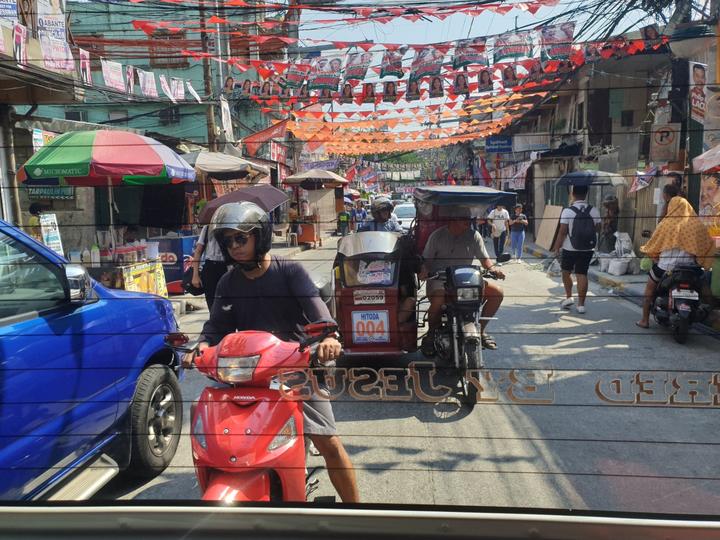 Trafficking within and from the Phillippines is on the rise. Photo: RNZ Insight / Gill Bonnett

Tens of thousands of New Zealanders visit the Philippines each year - more than 33,000 New Zealanders travelled there last year - to soak up the sun and culture of a country steeped in history. But some go with other motives.

In 2016, a 33-year-old Aucklander visited the country and paid for sexual services from an underage teenage boy. Investigators found he made video and images of children at a Philippines hotel he stayed at, and in July this year he was jailed for six and a half years.

The online exploitation ranges from sharing images to abusing their children at the direction of an online client.

"Sadly, you'll have instances where parents or caregivers will involve their children in this type of offending as it's seen as perhaps not as harmful as an individual being physically present and offending, and the money that can be made, which, albeit small in terms from a Western point of view, maybe $50 to $100, is a significant source of income for these families."

He says police work can be hampered by technology companies shielding offenders because of privacy concerns.

"When it comes to the exploitation of children, it's really frustrating when barriers are put in place, because at the end of the day all we want to do is identify and save these kids," he says. "And I think industry ... I'm not going to single anyone out ...needs to take a really long, hard look at what they're doing and think, how can we actually help law enforcement to protect and safeguard children?"

While abuse continues, Michael says police have had a lot of success, such as identifying and rescuing three children in the Philippines after making an arrest in New Zealand.

Multi-millionaire Martin Lawes, a former Takapuna Community Board chair and Justice of the Peace, who was directing the children’s online torment was jailed for three and a half years last September. A judge described his actions as degrading and dehumanising.

The exploitation of Filipinos does not stop at sex tourism or cyber sex; it's a much wider phenomenon.

More than 10 million Filipinos work abroad to put food on the table and pay for school fees, and the chairperson of Migrante Philippines, Arman Hernando, says one of the dream destinations for Filipinos is New Zealand.

"That's why there are many groups here - opportunistic groups - who take advantage of those dreams of the Filipinos.

"There are many cases here of human trafficking, where the Filipinos are being fooled about having work in New Zealand. After they arrive they find there is nothing for them, leaving them open to exploitation." 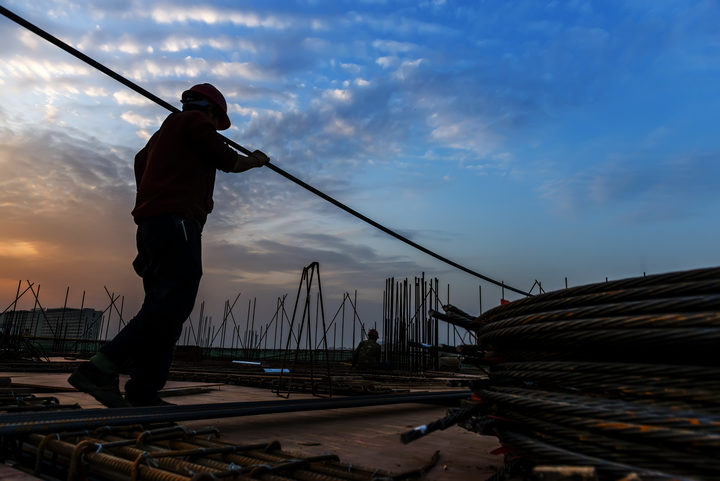 He says some people are also caught up in education trafficking, where students are duped into paying high fees or mis-sold courses by agents, and sometimes victims end up in unlawful work practices or sex work.

This exploitation largely flies under the radar, according to general secretary of First Union Dennis Maga. He says workers can be taken advantage of in different ways, for instance construction workers may be asked to pay for the cost of tools, or some unscrupulous employers sign up staff to expensive and overcrowded accommodation, leaving little left over for food or to send something home.

He has seen a payslip of $42 for a week - and then families back in the Philippines, relying on their relative in New Zealand, are left having to borrow money from loan sharks.

But he says some workers are reluctant to speak out. "Some of them have been asked to drive trucks even though they don't have a proper licence for that. But if ever they complain then the excuse of the employer is that if ever you cannot do the job then you have to pack up your stuff and you will be sent back home."

Maga says there is now a supply chain of immigration advice, accommodation and transport. The housing has sometimes taken the form of caravans, converted containers and overcrowded homes - and he says landlords can make $1000 a week in profit on a single property.

The Philippines' ambassador to New Zealand plans to set up a Filippino labour office in Wellington this year or next. 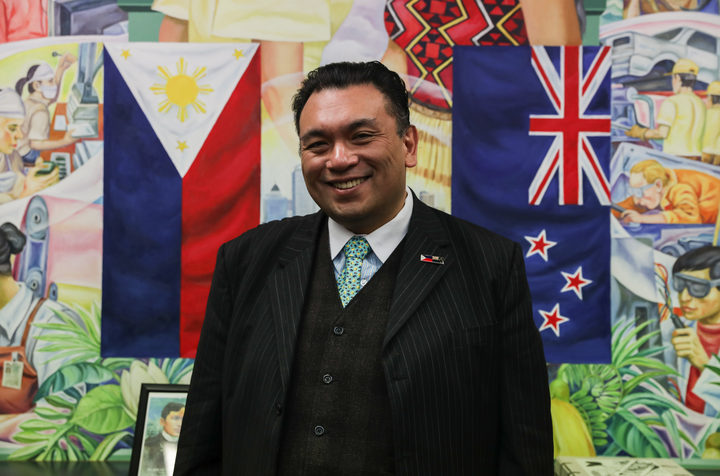 He hopes there will be regulation of pastoral care to rein in the worst of the accommodation providers, but in the meantime he is working with NGOs to provide not-for-profit housing.

"Some workers are just fleeced, really overcharged or are given substandard accommodations, putting six or seven people in a bed for one," he says.

"But unfortunately a lot of these predators prey on the good nature, the kind of nature of Filipinos and the fear of workers of being sent home, because after all they're here to earn for their families back home.


"How are you being treated?"

Immigration New Zealand assistant general manager Peter Devoy points to recent prosecutions as an indication that exploitation is growing, and is often hidden in plain sight. 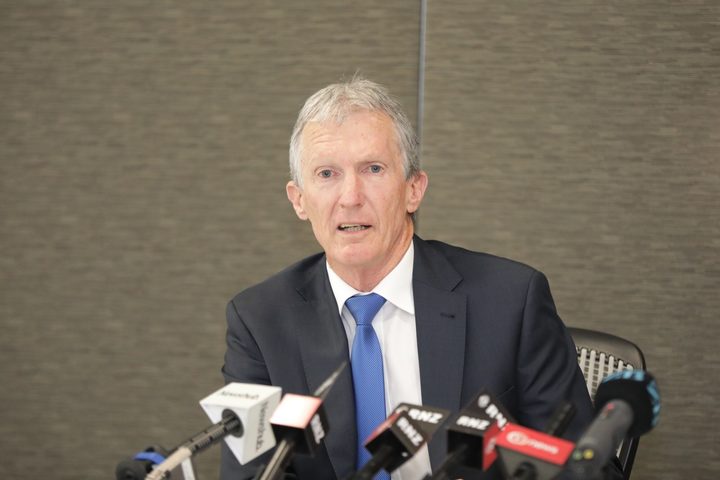 The government's plan of action on trafficking is being expanded to include forced labour, debt bondage and other forms of contemporary slavery. But it is often hard to prove that is what’s happening.

"The deception or coercion element of trafficking often happens offshore in a foreign country, it's usually by word of mouth where the deception is caused," he says. "And if there is a payment of money, that money is often in cash, which doesn't leave an investigative trail. It leaves one person's word against another.”

What's needed is greater care of those coming to work or learn in this country, he says.

"People need to be out there and talking to them," says Mr Devoy.

"That's part of being welcoming as Kiwis, but it also needs to be that check around 'How are you? How are you being treated? What's your situation?' Because someone will know what's going on. And it needs to be brought out into the open."

Gill Bonnett travelled to the Philippines through a Jefferson Fellowship from the East West Center in Hawai’i, funded by the Asia New Zealand Foundation.