Written off: The true cost of road deaths

The total cost of crashes on New Zealand’s roads was about $6 billion last year, when 377 people died and thousands more were injured. Why is the price so high, and what is being done about it? Ben Strang investigates.

Cutting through a December night, headlights illuminate raindrops and the large grass banks either side of the road. Out the side windows of the car, farm fences are a blur. In the back seat, 26-year-old Jade Linklater is dreaming of her European adventure which begins in five days - just after Christmas. As she drifts off to sleep, oncoming headlights appear in the distance. They start to veer across the centre line.

Linklater wakes with the car she's in crumpled like a tissue box, a stabbing pain throbbing in her stomach, and the screams of her sister's friend, Arianna, piercing through the silence. Her sister Renee was driving. She is silent, in shock. Renee’s body is broken into several different pieces. Leaning forward, Linklater feels her shoulder crack, but she needs to check on her sister.

Renee finally starts talking, but she isn't well. On the opposite side of State Highway 1, north of Tirau, the driver of the other vehicle is already dead. After checking her phone during her drive home to Hamilton from Rotorua, she had crossed the centre line, paying a fatal price. A life ended by a moment’s distraction is the enduring memory for Linklater, eight years on from the crash which ended her OE before it started, and led to more than a year of rehabilitation. 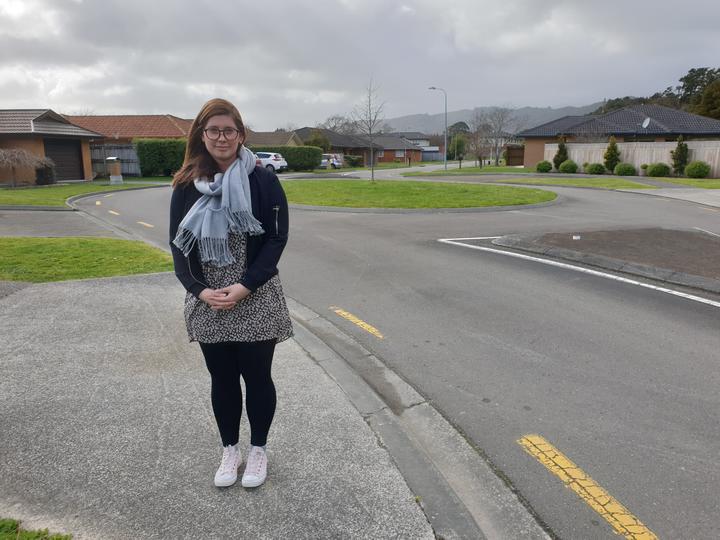 "Picking up your phone to send a quick text, or making a call... It's just not worth it." - Jade Linklater Photo: RNZ/Ben Strang

"The seatbelt saved my life," Linklater says. "But the seatbelt did cause a lot of internal injuries. My stomach muscles were ripped away, I broke all of my ribs, my sternum, my collarbone, my lungs were punctured, my heart was knocked...Luckily, we still had our lives. But unfortunately the lady who hit us lost her life." That woman was the mother of a 17-year-old son, and Linklater says she thinks of him often. She says the crash was easily avoided.

"You know, picking up your phone to send a quick text, or making a call, it only takes that couple of seconds of you taking your attention off the road and you can kill somebody, or lose your life," she says. "It's just not worth it."

In 2017, the social cost of road deaths and injuries was more than $4.8bn. Social cost is a figure that looks at how a serious crash impacts the driver and their family. It includes loss of life or reduction in the quality of life and the loss of the ability to work or be employed. Medical costs, legal costs, and damage to vehicles are also factored in. Add in non-injury crashes, and the social cost rises to $5.6bn. That figure doesn't include the cost of emergency medical treatment, bulk funded through ACC. The best estimate from people working in the sector is that road crashes account for more than $500m in emergency treatment, taking the total cost to more than $6bn in 2017.

Lisa Rossiter, senior manager of strategic interventions at the New Zealand Transport Agency, was herself a victim of a serious crash, during her university days. The driver of another car failed to give way, ploughing into her vehicle and leaving her with a serious neck injury. "[It's] been with me ever since," Rossiter says. "Like many New Zealanders, I've been there first hand. It's incredibly tough, and it's what New Zealanders are going through too much." 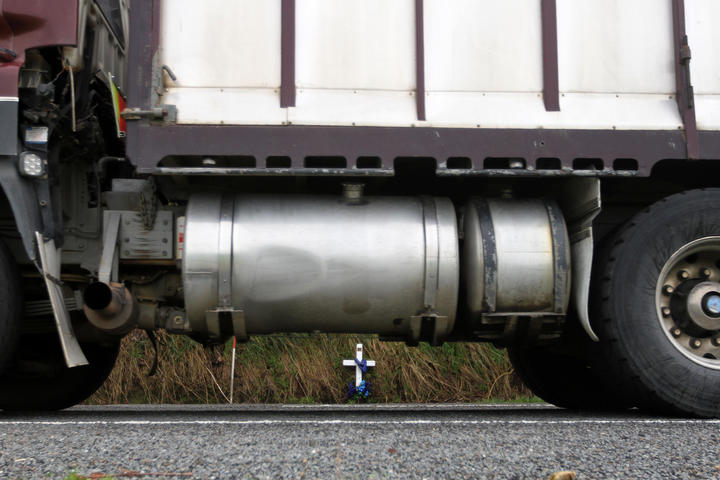 This year alone, 81 people have died on the roads in Waikato and Bay of Plenty. Photo: RNZ Insight /Ben Strang

Years on, Rossiter is inspired by her own experience in an accident to help create safer roads. Her injury still impacts her from time to time and she says that's part of the increasing social cost of road crashes. "You know, I call road safety in New Zealand ‘New Zealand's $12m a day problem’, because that's the social cost every day of serious road trauma in our country...I always think, ‘Imagine what more we could do with that money if we could divert it into other places’. There's a huge economic consequence to this problem that we're trying to solve as well."

Associate Minister of Transport Julie Anne Genter also has first hand experience of road crashes. In her childhood, her brother was struck by a red light runner while the pair were walking to school. The crash had a significant impact on Genter's family. "It was actually the first day that my mum had let us walk to school by ourselves in a while, and she, after that, never felt comfortable letting us walk to school," Genter says. "The thing is, in trying to avoid that risk of being hit by a car, I personally suffered from not getting enough physical activity as a young person and really struggled with being overweight as a teenager." That was the cost to Genter of a crash, her personal health and wellbeing, despite not being physically involved in the crash herself. 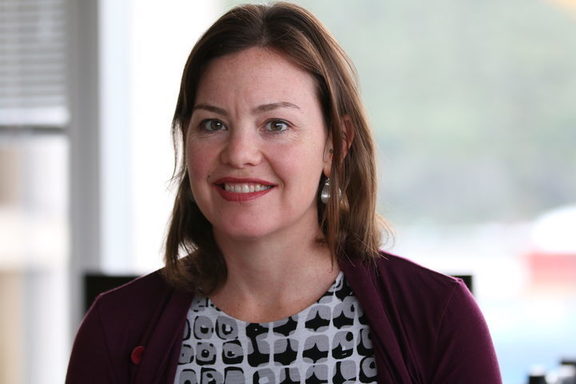 "I think that [the social] cost needs to be top of the government's mind when we're thinking about how much, what is the benefit of investing in safety," Genter says. "Clearly, it's going to be enormous, right? Because $5bn is more than we spend on transport infrastructure every year between central and local government. But really, the true cost to families is far greater than that. It destroys lives."

The roads between Hamilton, Taupo and Tauranga are some of the most deadly in the country. Records collected by the NZTA between 2000 and 2018 show 1275 people died in crashes between the Waikato, Bay of Plenty and Taupo districts. In the past year, 117 people have died on those roads, including 81 this year. Among those were five members of the Rangikataua family, on Tirohanga Road north of Taupo in April. Peter Rangikataua (44), Michelle Morgan-Rangikataua (15), Aroha Morgan-Rangikataua (14), Kahukura Morgan-Rangikataua (12), and Rangi Rangikataua (26) all died after the vehicle they were in went off the side of the country road. Less than a month later, eight people died in a two car crash just kilometres down the road, on State Highway 1, near Atiamuri. David Poutawa (42) and his partner Margaret Luke (35), both died in the crash, along with five of their children, Khyus Poutawa (7), Akacia Poutawa (8), Jahnero Poutawa (10), Chanley Poutawa (11), and Trinity Poutawa (13). Their 9-year-old son was the only survivor from the family. Jennifer Rodgers, the only person in the other car, also died.

The road was wet that Sunday in Atiamuri, and as police officers and ambulance staff walked closer to the carnage, they had to squint as sunshine reflected harshly off the road. At the scene, Senior Sergeant Fane Troy turned to a young constable and asked him to head back to Taupo to collect more body bags. "How can that young constable ever recover from that?” Taupo mayor David Trewavas, says of the cop, who was just a year out of police college. "‘Why are you driving back to the station? Oh, to get more body bags’. It's just, absolutely devastating."

For some, though, the toughest part of attending those crashes isn’t seeing the physical damage. Based out of Tokoroa, Senior Sergeant Murray Hamilton has been policing the roads for nearly 20 years. And while the Atiamuri crash is one of the worst he's been to, he says the aftermath is much worse. That's when the damage, the injuries and the deaths, all really hit home. "It's our worst nightmare, from a policeman's point of view. We've got to tell the family. It's always been the worst part of the job," Hamilton says. "Emotionally, you try and put on that brave face, but it does affect you. You get all sorts of different reactions. Sometimes they open the door, and they know straight away, the fact that we're standing there. We do our best, try to make sure they've got support around them, and to be empathetic towards them and the loss of their family." Superintendent Steve Greally, head of road policing, says the hardest thing is knowing you're about to ruin somebody's life. "Do I hold [them]? What can I say? You want to come up with something that's going to make it better, but you know damn well, nothing will make it better. You have just ruined [their] life." 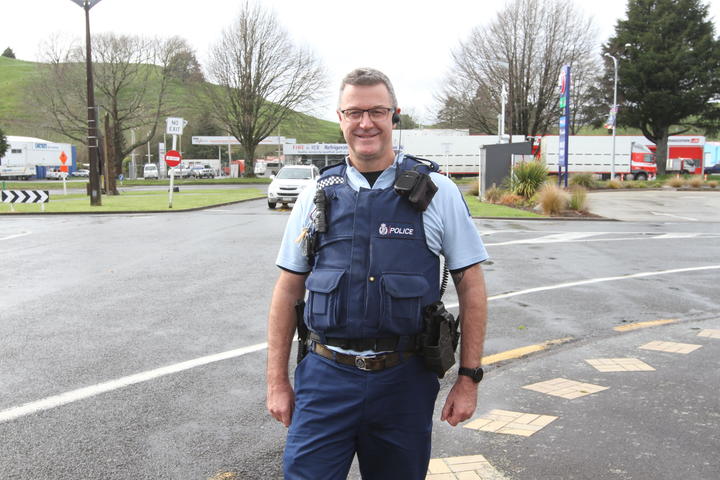 Having been at the scene, and informed family and friends of tragedy in the aftermath, Murray Hamilton tries to get out on the road as much as he can. By parking on the roadside, along one of New Zealand's most dangerous stretches of road, he is able to slow traffic. People are more patient when a white and blue police car is perched purposefully on a problem stretch of road. Mr Hamilton says that's the key issue with Kiwi drivers. "We're so aggressive," he says. "I don't know why it is, but I see some incredibly aggressive driving. It's hard to believe." Hamilton says that drivers are the key issue in the vast majority of crashes, that the roads are good quality, and aren't causing them on their own. Cars, too, are relatively good, and although the country has an aging fleet, he says it's rare for a poor quality car to be the cause of a crash. "It's the drivers. It's the behaviour of drivers behind the wheel. We are impatient, always in a rush. We're aggressive. And we drive fatigued. We need to start taking ownership when we're behind the wheel."

Speed is the crucial factor in all fatal or serious injury crashes. "It's pretty simple, really," according to Hamilton. "If you're going faster, you're going to do more damage." That doesn't mean people are speeding, though. He says crashing head-on at 100km/h with a car travelling the same speed, is an impact of 200km/h. "A human body, it's not designed for it." According to the NZTA's MegaMaps tool, 87 percent of roads have a speed limit that is higher than what it deems safe and appropriate. The tool factors in the road type, traffic volume, surrounding obstructions, and more. MegaMaps is being used by officials to determine which roads need upgrading to make them safe at the set speed limit, and which roads need a new, lower speed limit to be introduced. 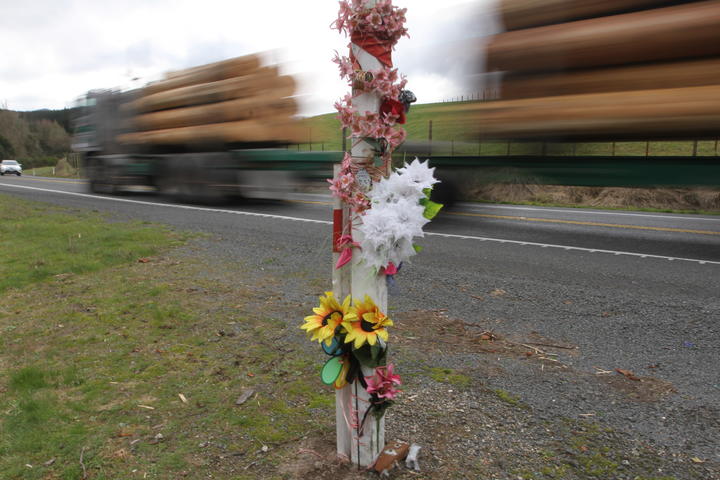 The government believes this is the way to move forward, and achieve its goal of a 40 percent reduction in road deaths by 2030. Julie Anne Genter says some speed limits will drop under new road safety strategy, Road to Zero, which is based on Sweden's Vision Zero road safety policy. Vision Zero's simple premise is that no road death is acceptable, but it accepts that drivers make mistakes. Genter says in practice, following the Vision Zero plan means thousands of kilometres of roads will be upgraded with median barriers, side barriers, rumble strips and wider centre lines. It may not sound exciting, but she says international evidence backs the plan. It will save lives. Driver training will be reviewed, but it's not a priority. "Even the best drivers make mistakes," Genter says. The government will also seek to introduce safer vehicles to an aging fleet.

Will it work? Genter says it has to. "We have to make a difference on this. I think that what that social cost tells us is that it's a very sound investment."