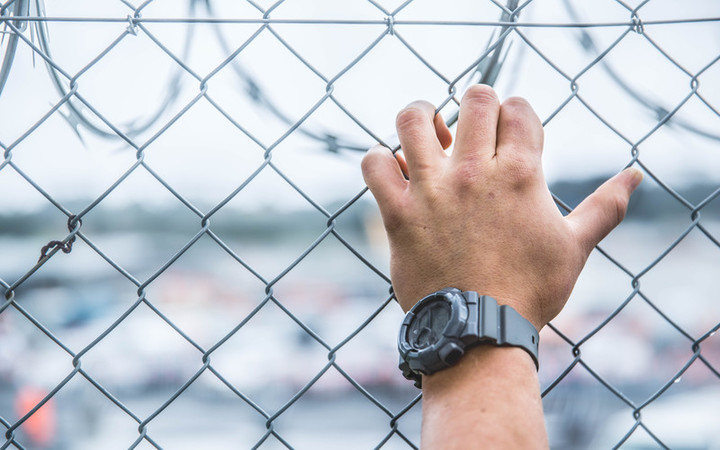 Keeping drugs out of prison is a daily battle for the prison service, but it's heaven for Olly, a glossy black labrador who spends his days hunting down contraband at Auckland's Mount Eden Corrections Facility.

For him, the smell of meth at the Mount Eden x-ray checkpoint or during a cell raid means a doggy treat and maybe even a nice tummy rub from his handler, David Harrison - with whom he shares both a home and a job.

The pair's work is busy and ever-increasing.

Corrections data shows that drug seizures at entry points, in prison car parks, and inside jail have nearly doubled over the past five years, from 591 to 960.

Security is tight for those visiting prison: they have to register, take off their shoes, pass through an x-ray machine, hand over any mobile phones, money or even blu-tack or chewing gum that might be in their bags (prisoners have been known to use it to stuff in keyholes).

So why would someone take the risk of bringing in a class A drug like methamphetamine when they know they will most likely be caught?

Corrections said pressure on family and friends to smuggle the drug in to protect their loved ones from threats of violence or to pay off debts was immense.

Harrison said he and canine colleague Olly regularly seized meth from family members who were bringing it in under duress.

Many were relieved when they were caught, he said.

"They know they may be arrested, but they definitely know they will be prohibited from coming back to visit and that takes the pressure off, their outside life is easier, because they [the blackmailer] don't have that control over them." 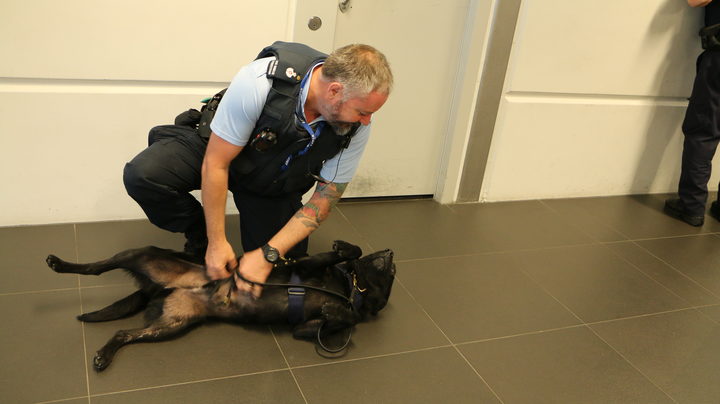 Many tried to conceal the drug wrapped in plastic and electrical tape, either inside their mouths or tucked in their hair - often inside a bun. Some hid it under a bra strap ready to do a quick exchange while going in for a hug with an inmate during a visit.

There was no standard profile for a person who might bring in meth and everyone was a suspect, Harrison said.

Keeping meth out of prison is of huge importance to those trying to get inmates off it.

Corrections spends about $6.6 million a year on drug and alcohol treatment programmes and it's also piloting "Meth and Me" - a methamphetamine-specific drug treatment programme. The programme's $2.1m cost is being paid for by the Proceeds of Crime Fund. 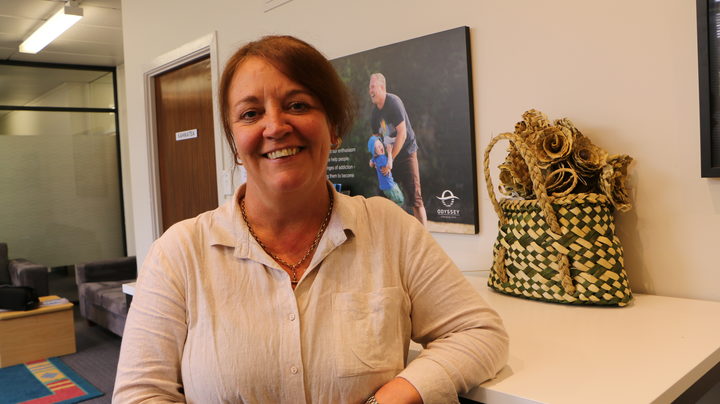 "With our meth users, we have noticed an increase in the people that we do see.

I've been there [Paremoremo] six-and-a-half years and when I first started there it was a whole range of drugs," she said.

"However, now alcohol has reduced, cannabis seems to be a little bit less, but methamphetamine is the main drug use of choice."

Ms Ellis said it was a tough job and could be difficult to get through to some users.

"At the end of the day it's up to them if they want to do it - we can't make them complete a programme.

"Some of them come in with a bit of reservation, but you see after about three or four weeks their behaviour changes."

A lot of the men had children and when they started thinking about their child's future a "lightbulb" would turn on, she said.

That's when change would come. 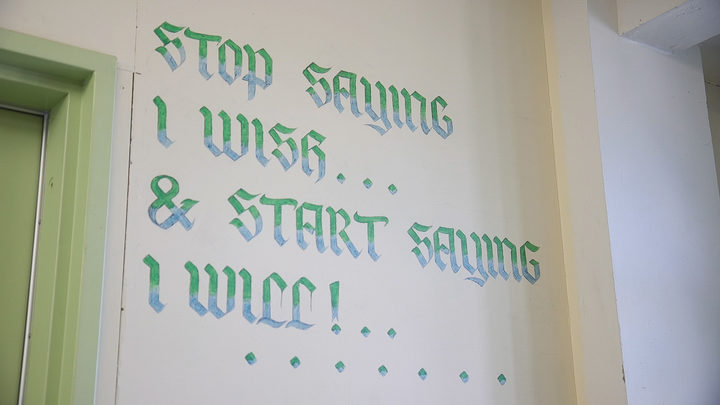 One of many motivational quotes on the walls of the drug treatment unit at Paremoremo Photo: RNZ/Dan Cook

Every 12 weeks a graduation ceremony with family is held at the prison and the men speak about what they've been through and the changes they will make for the future.

Ms Ellis said those were emotional times, often with a few tears from the men, their families and even from herself.

Senior prison officer John*, who manages the drug treatment unit at Paremoremo, said even for a Corrections officer who has "seen it all", the harm of meth on prisoners took its toll.

He had been a prison officer for 19 years and before that was in the army but he held back tears as he talked about the recent death of a meth-addicted prisoner in the unit. 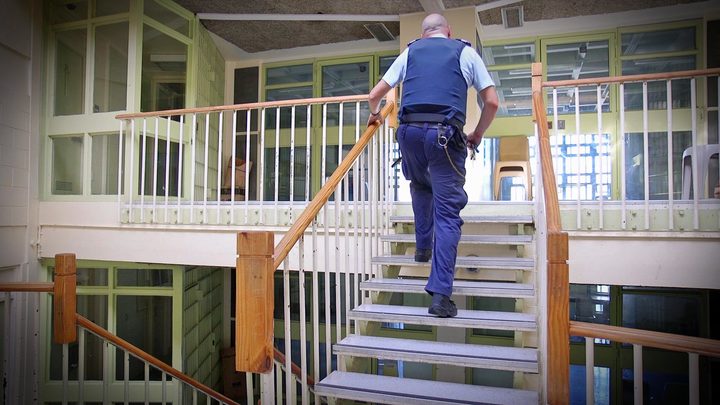 John on the landing at the Paremoremo drug treatment unit Photo: RNZ/Dan Cook

John was surprised to find how much he struggled when the inmate, who appeared to be turning his life around, relapsed and died suddenly.

"We helped him a lot through our programme, we got to know this guy and we got to know his child and partner; he'd been in for nine years. That was very hard for us and it was directly attributed to methamphetamine," John said.

"The fact that he'd been clean for so long and relapsed, I, I still can't talk about it that much."

*not his real name

(This award-winning documentary was first broadcast in April 2018 )