Learning revolution or pathway to ignorance?

Insight - Secondary schools are divided over new methods of teaching and learning. RNZ's education correspondent, John Gerritsen, investigates the heated debate over how best to teach our teens. 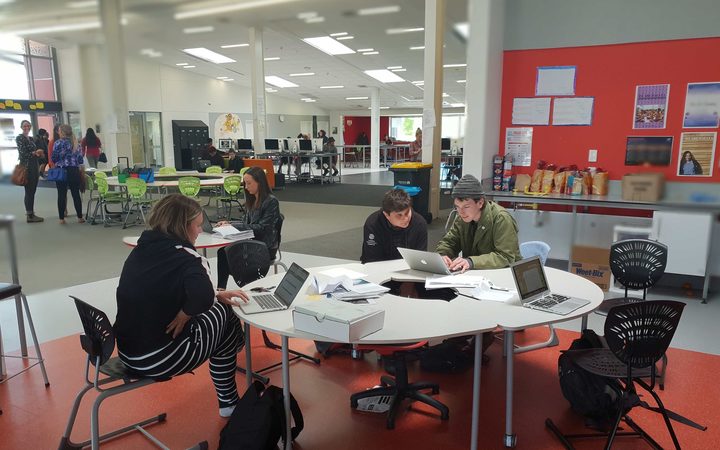 At Lynmore Primary School in Rotorua, teachers are standing in front of a screen exchanging ideas for the best use of an apparently indestructible GPS unit in their lessons.

They are keen to attach it to a fast-moving projectile, and decide that a baking soda and water-powered bottle rocket would provide a great vehicle for measuring speed and acceleration.

Exciting technological advances are helping schools bring their lessons alive, but they are also challenging them to change the way they go about teaching and learning. 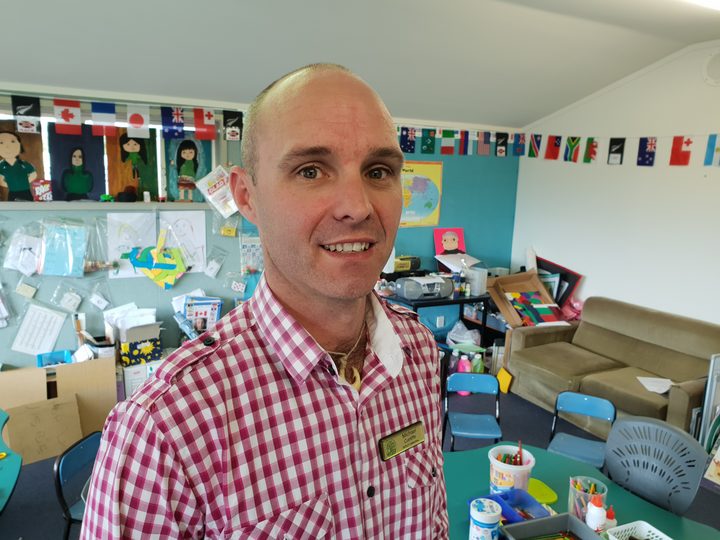 The school's deputy principal, Michael Cunliffe, says primary school classrooms have changed a lot in the 13 years he has been teaching.

"We were teaching a lot of components of different maths things that they needed to know for future years.

"[It was] a lot of ticking off of what they needed to cover, where for me today a lot of it is getting kids to learn through doing.

"They are putting the knowledge to use, so they actually see the purpose of why they are learning."

Fellow teacher Andrea Tapsell says teaching had also changed hugely since she started out 16 years ago.

"My whole teaching practice has had to change to incorporate the digital technology as well as student agency, as well as bringing in that inquiry, collaborative approach."

Such approaches have become relatively widespread in primary schools, but in secondary schools they are the subject of significant debate.

Traditionally, secondary schools taught subjects separately, but some are now allowing students to choose what and how they will study, combining several subjects in projects and replacing one-hour lessons with "workshops" that students can opt into.

Avondale College principal Brent Lewis says schools are trying to put students at the centre of their work, but there is confusion about the best way to do it.

"I think some schools are taking a very creative approach. Some are retreating back into old sort of principles. And in truth, I think there's all sorts of confusion going on out there."

In Christchurch, Cashmere High School principal Mark Wilson says some high schools are using approaches to learning that are more appropriate to primary schools, with projects that mixed different subject areas together.

"It undermines a lot of the purpose of secondary schools in terms of developing quite specialized knowledge and skills.

"If you're wanting to have students in Year 13 learning physics, chemistry, biology, those sorts of things, it takes specialist instruction and specialist knowledge that they need to develop. I think that has been severely undermined and eroded with the model that has been implemented in a lot of these schools." 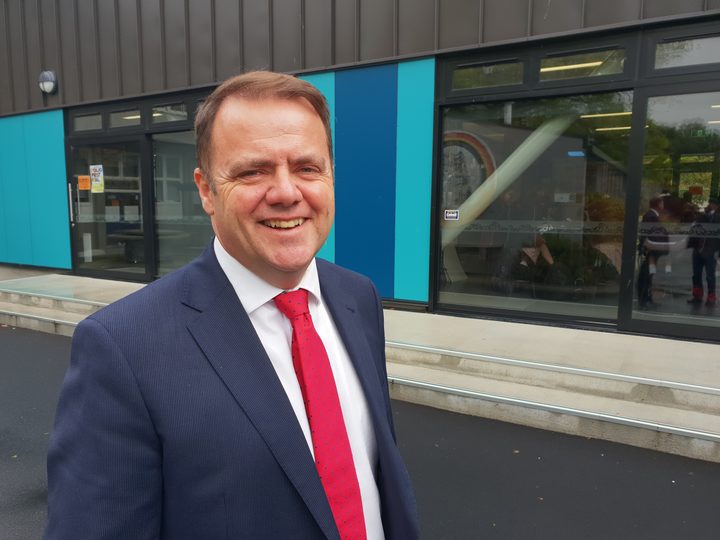 Earlier this year, a government-appointed advisory group kicked off a review of the National Certificate of Educational Achievement (NCEA) by suggesting that all students should complete a major project at level 1 of the NCEA, and that students should be able to earn credits for projects at other levels of the qualification.

Mark Wilson says the review shows schools are divided over the best way to teach teens.

"It's really highlighted the divisions that are actually growing within the secondary school and even wider educational sector around how we implement these educational changes in our schools, and a bit of a backlash against some of the radical shifts that some people are wanting to actually impose on schools."

Senior lecturer in education at Victoria University of Wellington, Louise Starkey, says a project at NCEA Level 1 is a good idea, and integrating different subjects together can work well.

"It can be excellent, if the students are doing a project that ties together a high level of thinking, critical thinking, the sort of essential skills that students need, then it can be very powerful." 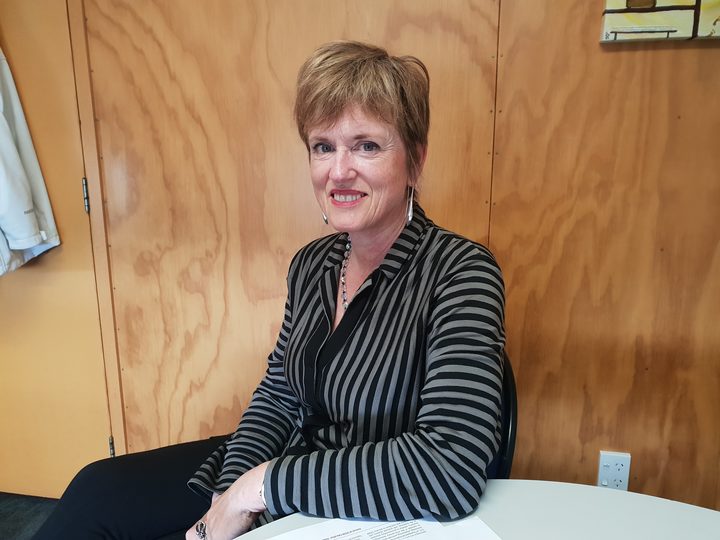 But she warns that subject integration requires a lot of work from teachers and needs to be carefully run to ensure students learn everything they need to learn.

"If it's totally student-directed, then the students may not be able to take the thinking to another level," Dr Starkey says.

Another senior lecturer in education at Victoria, Bronwyn Wood, says integrating several different subjects into a single project can be done well, but too often it was not and maths and science should be left alone.

"If I'm trying to integrate science or maths with social studies, I'm only trained in one and therefore what you tend to get is an eclectic, weak, very thin type of learning that blurs into some kind of mishmash." 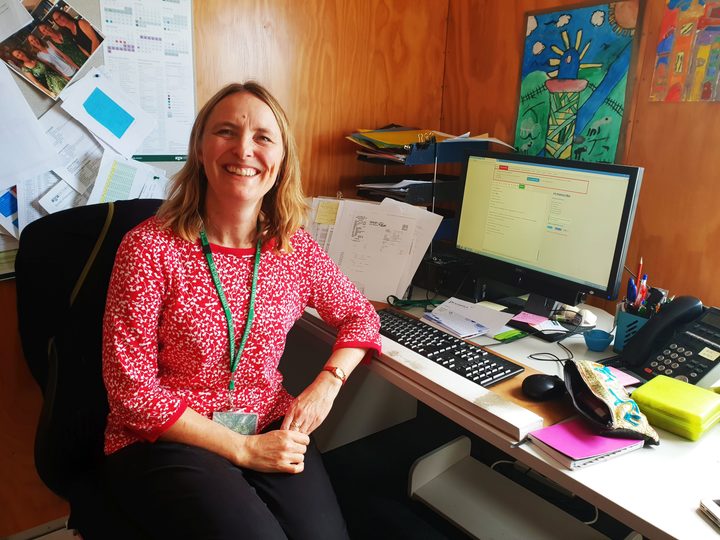 Dr Wood says students are already missing out on vital subject knowledge because they were not studying the full curriculum.

"By the time they arrive at university we have students with huge gaps in their knowledge of stuff that we would expect them to know. This type of self-led, student-led learning is resulting in these huge gaps," she says.

He says much of the learning at his school was conducted through modules that combined two subjects, such as maths and PE, but teachers identified the key concepts and skills that students must gain in each subject and then made sure it was covered in the course of their modules. 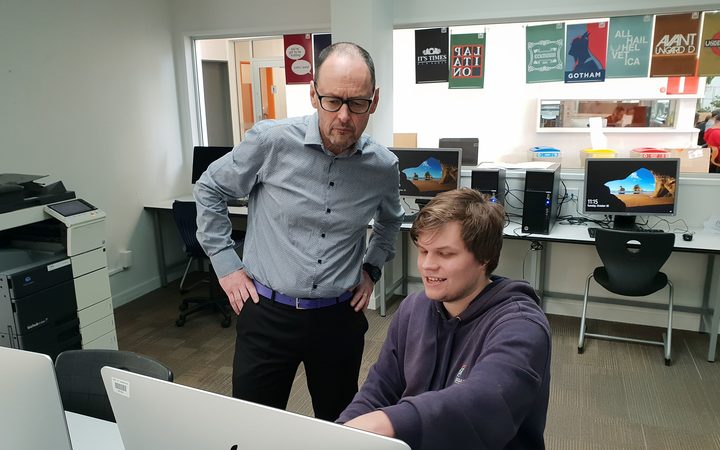 "When teachers plan the modules, they know what concepts and skills and content they must include in those modules so there's no opportunity for a kid to run through the gap."

"Last year was our first level two qualification kids so it was really cool to have 60 percent of the standards at merit or excellence which is very, very high.

"Our current level three year 13 kids, who haven't yet sat their externals, have increased that to about 67 percent of the standards being at merit or excellence."

Year 13 student Angus Lynch says most of his NCEA credits in years 11 and 12 are gaining from major projects that combine different subjects. 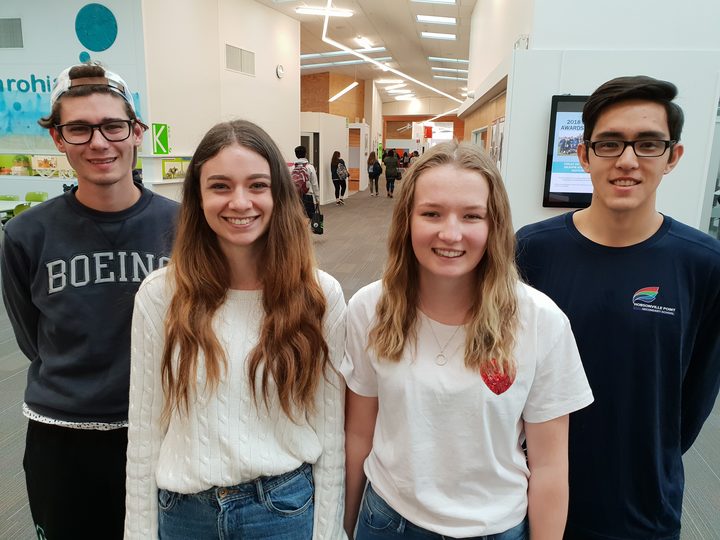 He says friends doing the same standards at other schools are not learning as deeply.

"I was talking to people in chemistry where I've written reports and done research, and they'll be given a specific topic and they write about it and they're really learning from their textbooks. 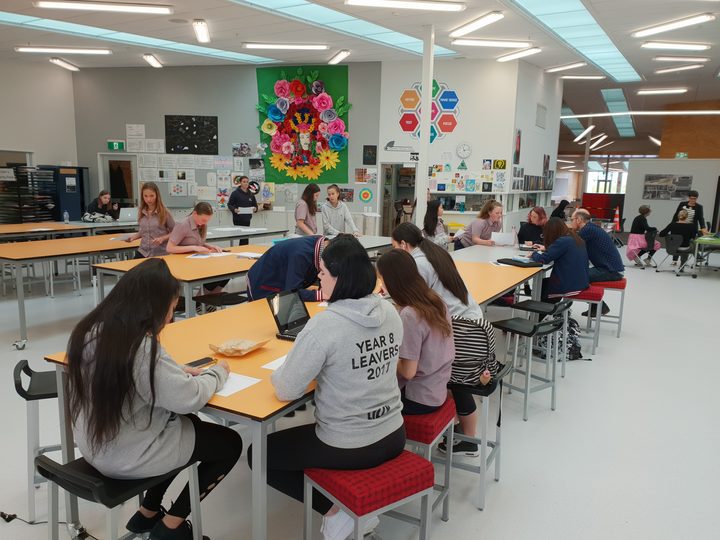 But NCEA is not at the centre of the philosophy driving the secondary schools that are pushing the boundaries.

The principal of Albany Senior High School, Claire Amos, says secondary schools need to do a lot more for their students than guide them through the qualification.

"We've also got a very real responsibility to ensure that these young people are developing skills around self management around collaboration around complex communication skills."

"We actually need to re-imagine how we deliver secondary education in this country if we've got a chance of equipping these young people with the skills and the strategies that they need to thrive."

Ms Amos says the NCEA review will not in itself change the way secondary schools work, but it can encourage more to adopt new ways of teaching and learning.