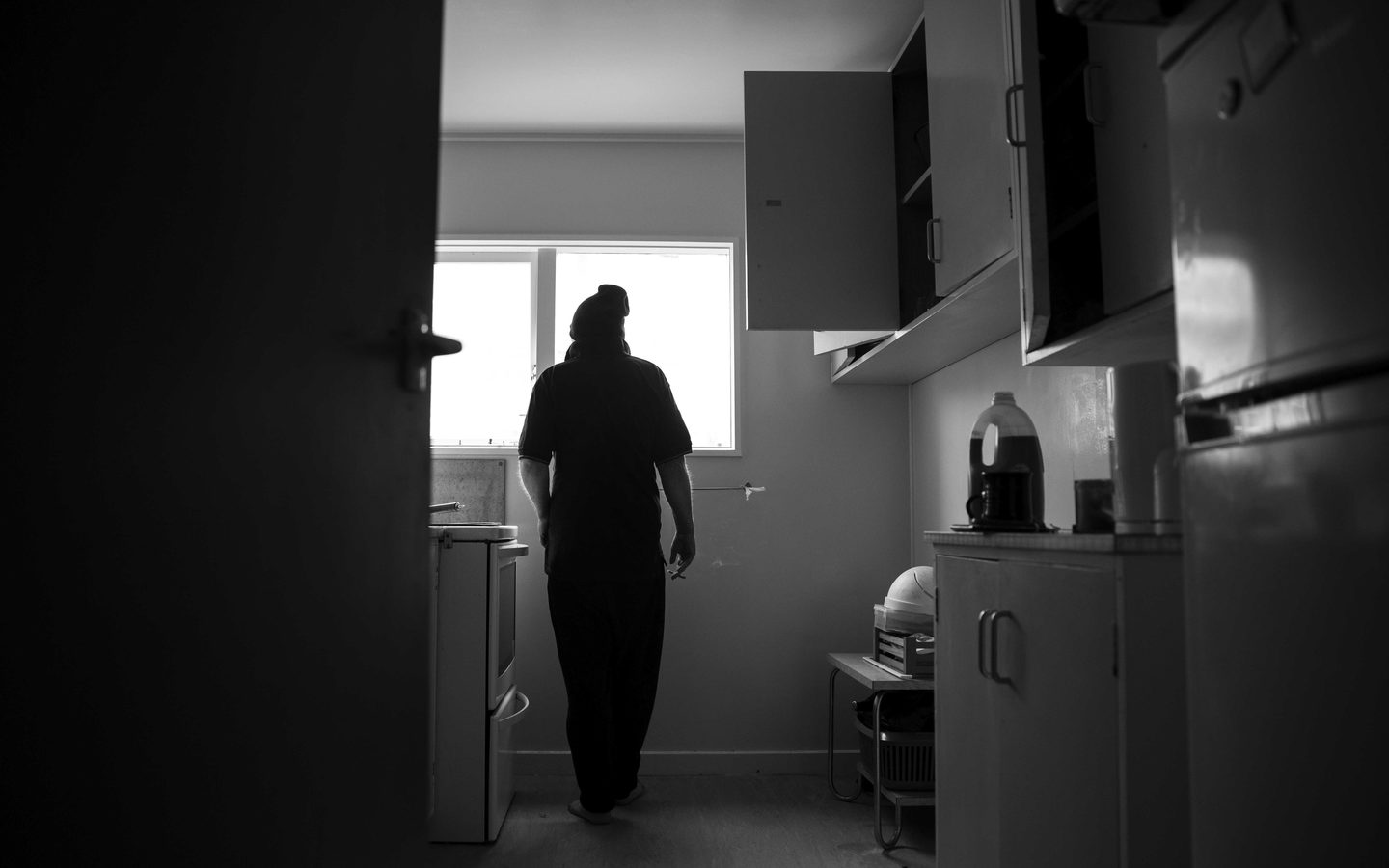 Mental illness is on the rise. In the last two years, the number of people seen by a GP with a diagnosed mental health issue has increased by 22 percent. And it's expected to get worse. The World Health Organisation predicts that depression will be the second leading cause of disability in the world by 2020. What are New Zealand's services doing to keep up?

A powerful stench of cigarette smoke permeates a small bedsit, which is cluttered with Darren Neilson's worldly possessions.

Banana boxes filled with stuff sit beside a broken chest of drawers. In the bathroom, washing is strewn over the floor and in the kitchen half a bottle of chocolate milk sits open on the bench.

In the living room, the Karate Kid movie blares out of an old television as Darren lies on his bed, propped up by on a squab from the couch, smoking yet another roll-your-own. A paua shell filled with butts and ash sits beside him.

Darren is under the care of outpatient mental health services for his depression and anxiety.

A support worker visits three times a week to help with the cleaning and shopping. A social worker co-ordinates his care and two housing providers have been working with him to try and find him other accommodation.

Despite this, Darren said most of his human contact came from the end of a phone line.

"I ring up Te Haika sometimes, quite a bit actually. They're an addiction place, a phone counselling service for anybody who's a bit stressed out. I call them every night just about. They're really good, they're helpful, friendly, they're really good at what they do," he said.

Darren would like to be in a supported house with others, rather than in a bedsit on his own.

The community organisation which houses him, Dwell Housing Trust, said it worked hard as a landlord to ensure its tenants got the support they needed.

"Our experience is there aren't enough housing options and not enough specialist services to support people with complex needs," it said in a statement. 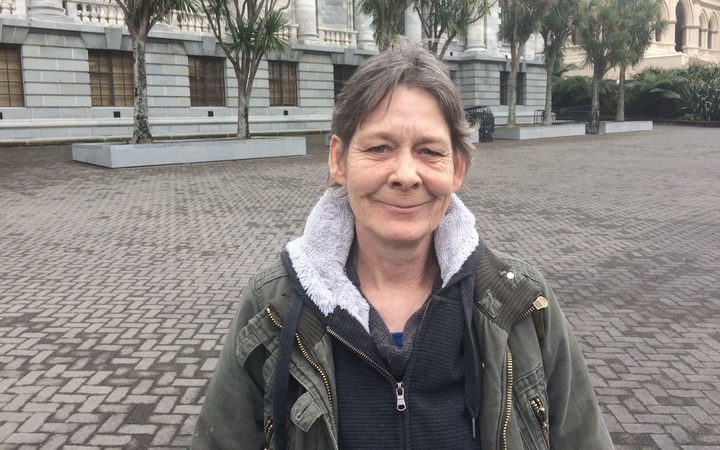 Friend Debbie Leyland pops around to keep an eye on him. She does his washing and recently took him to Work and Income to get a food grant.

"I've been coming here for over a year and that's the first time I've ever seen his fridge full. Many times I'll come here and his cupboards are empty and I'll go and use some of his money to go and buy him food, because he's got nothing to eat. And as he suffers huge mental illnesses, one of his illnesses that he suffers from is major anxiety and, if you don't eat, physically that can turn into anxiety," she said.

Ms Leyland said the support worker did what she could, but she too had a pretty full workload.

"They take him to his appointments, like to see the psychiatrists, and they'll take him to WINZ if they've got time. But they basically just come in three times a week, ask him how he is and then go onto the next one," she said.

Difficulties retaining mental health care and support workers have been well publicised in the media, after they were omitted from a historic gender equity pay deal for carers. They have now launched their own legal battle for equal pay.

But they are not the only profession in the area of mental health grappling with staff shortages. There are also struggles to recruit and retain doctors, nurses and social workers.

The Mental Health and Addiction Workforce Action Plan 2012-2017 found that while New Zealand's health workforce was highly skilled and professional, it faced difficulties in ensuring it had the right number of people.

It also expected demand on these services to increase as a result of the country's ageing population, and noted the health workforce was also ageing, with 40 percent of doctors and 45 percent of nurses aged over 50. Mental health and addiction nurses in particular were older than the average age of nursing staff. 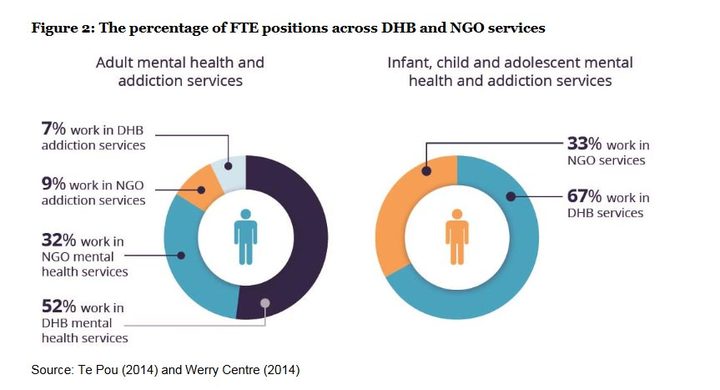 One nurse Insight spoke to, Sue*, worked in an inpatient acute ward, which are struggling to keep staff.

She said the DHB's recruitment strategy relied on hiring graduates who had completed the New Entrants to Speciality Programme (NESP) for mental health.

"New staff are coming from the post graduate programme, that's the ideal pool, and that seems to be what our operations managers believe is going to solve all of our problems," she said.

The programme generated about 16 people a year for their area, she said.

"It's hardly going to solve the problem when we lose staff quicker when they're retiring or they go to other professions."

Even the new graduates only stayed for a year or two, long enough for it to look good on the CV, and then looked elsewhere, she said.

"We don't seem to retain them within the inpatient unit. A lot of them want to get out ... because of the pressure and they think it's better out in the community. All those people that have gone, not one of them has returned, because sometimes you get them back, they are not happy working in the community. But the ones that have gone recently, they've never returned," she said.

Insight asked the three Auckland district health boards for the staffing levels in their acute mental health wards. They said the information could only be provided by going through the 20-day Official Information Act process.

The Auckland and Waitemata DHBs said they had employed 39 nurses in the past year through the NESP programme, but not all would work in the acute wards.

Counties Manukau DHB said it would shortly be opening a new acute mental health facility, which would have 60 beds to start with, increasing to 78, including what it described as state of the art design that would enhance recovery for people. It had no concerns about staffing, it said.

But Mary said staff were worried.

"It scares the staff, where are they going to get the staff from," she said. 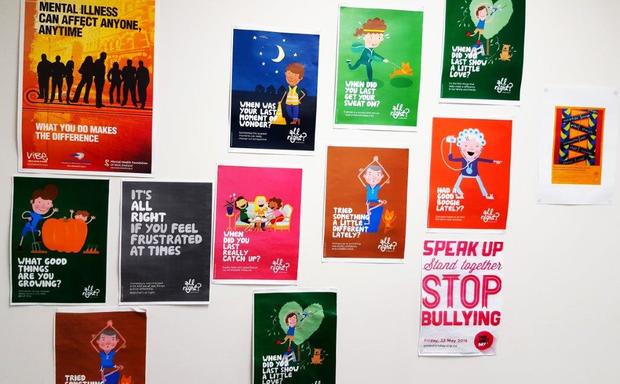 The New Zealand chair of the Royal Australian and New Zealand College of Psychiatrists, Dr Mark Lawrence, said negative media coverage around mental health services affected morale and made it difficult to attract medical students to the specialty.

"If I look at my workforce here, every registrar that we've got here, all seven are UK doctors, not one of them is a Kiwi.  They're very good, they're really good doctors. But for our workforce to be balanced, we need a good balance of both Kiwi-trained plus international."

New Zealand's workforce relies on overseas doctors. But the Workforce Action Plan noted that, out of all the specialties, psychiatry had the second highest percentage of international medical graduates, making up 59 percent of the psychiatry workforce.

"This impacts on the continuity of care, as turnover for international medical graduates is higher for than for those who are New Zealand trained," it said.

Despite this, Dr Lawrence said most people who used mental health services did well and had a good experience.

But University of Otago in Wellington primary health care professor and deputy dean Tony Dowell, who is also a GP, admitted recruitment and retention was difficult.

"Mental health work is rewarding, but in many ways it's also very challenging. There is an emotional stress and burnout which comes with working in mental health," he said.

Prof Dowell said there was a need to make work in the mental health sector more attractive.

"Not just financially, but in terms of other sorts of incentivising and the rewards of working in that sector. That's to do with working conditions, workload, making sure there is a sufficient team around you so that the workload is shared. Those are real workforce issues," he said.