Insight: Turning the West Coast Around 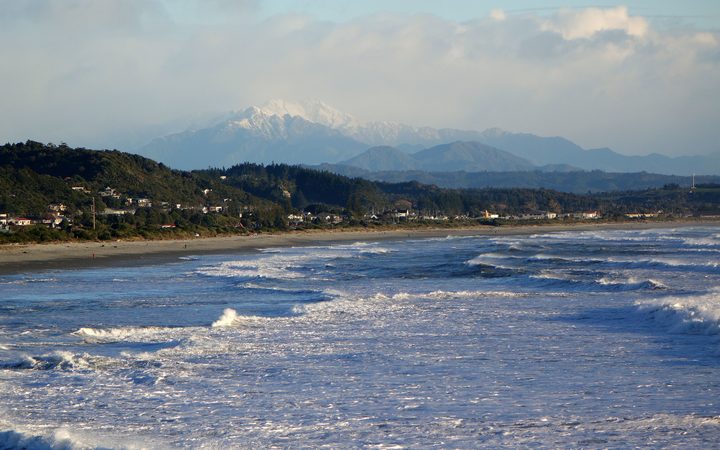 A lack of economic diversity on the West Coast, and a traditional focus on extractive industries, means failures have brought large-scale hardship. How can this beautiful but isolated stretch of New Zealand re-invent itself?

Coal-scented night air lingers over Greymouth as a reminder of the once-important mineral that helped to drive its economy.

By morning it's gone, cleared by the breeze off a stormy Tasman Sea during a winter storm.

From its landscape to its problems, there is nothing subtle about this area defined by what has been mined, milled or milked from the land. Coal was first dug up in the 1840s and the gold rush of the 1860s created a population boom that pushed the number of residents to about 29,000 - only slightly fewer than today. But all that could be about to change, as business and civic leaders prepare to move economic reform up a gear, based less on what can be extracted, and more on what can be added.

Annikka Pugh grew up in Reefton, carved out a career in graphic design in Nelson, and has now returned to the Coast to raise a family, and as it turns out - advance a new career opportunity.

She recently stepped down as an executive assistant to Buller district mayor Garry Howard to take up a cadetship as the council's trainee civil engineer.

At 39, she said the Coast has been through a lot, even in her lifetime.

"We have to speak up to have a bit of clout." 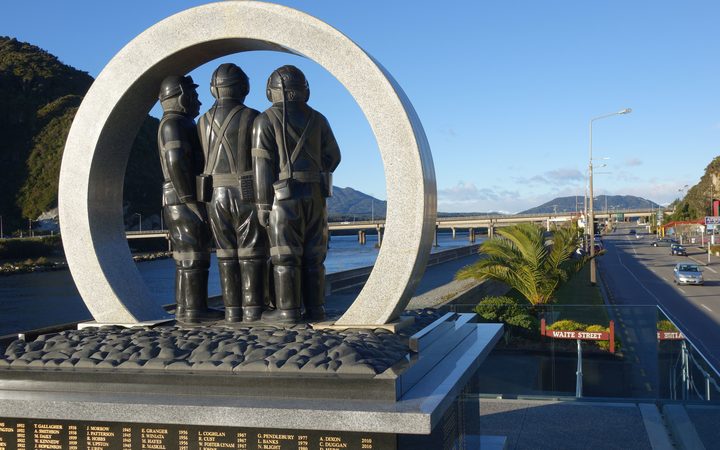 Environmental pressures and changes in demand for commodities such as coal have driven economic decline, which has pushed almost 10,000 people out of the region over the past three decades.

Other official figures add to the picture of the current situation for the region:

Former coal miner Mickey Ryan is among those who remember the good old days, of comradeship and black soot on his skin. The Westport-based tourism company operator is an example of someone who has moved with the changing times, but others have not been so able to adapt.

He blames the decline in coal mining on bad planning as much as anything else.

"They've had boom and bust, which you're always going to get, but they never planned for it. There's never been a royalty paid on the coal - even a dollar a tonne. 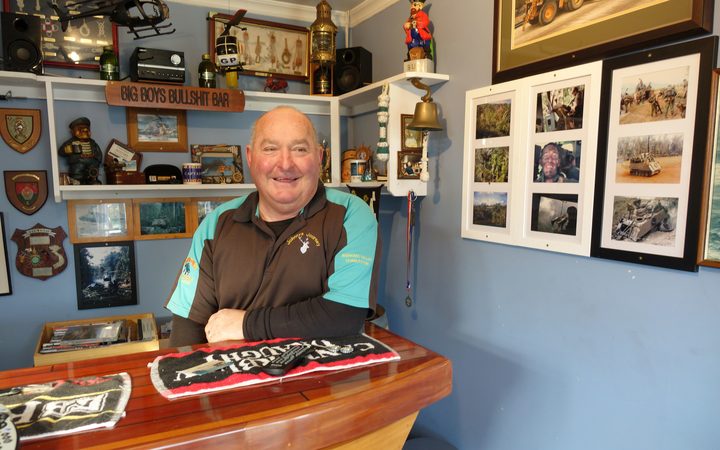 Mickey Ryan has moved on from coal mining to tourism and runs trips to mining sites. Photo: ( RNZ/ Tracy Neal )

"Over the years that would have slid us through the 'downs'."

Relatively cheap housing is helping to attract new hi-tech industries, and the tourism sector is taking advantage of the natural landscape in a more sustainable way.

But hopes are being pinned on the efficacy of a $37 million economic development plan launched recently by the government, as well as plans to consolidate services among four local authorities.

Council reform is seen as a platform for supporting economic development. The Local Government Commission is in charge of the reorganisation process, triggered by public request, and a petition for a single unitary council for the whole of the West Coast. 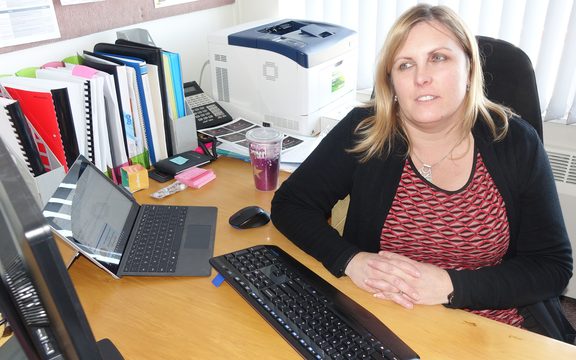 The Buller District Council's new chief executive, Andy Gowland-Douglas, said it was more likely to be a model based on shared services.

The former trust chief executive for North Island iwi Ngati Rangi has expertise in community development and would like to see the adoption of an iwi approach to planning, which she said would be important to the Coast's long-term future.

"The biggest difference in the iwi world is that their vision is hundreds of years. The iwi I worked for had a vision that was 1000 years out into the future. I guess that's the understanding when you have a very strong connection to the land - it's a very long-term custodial view."

Mrs Gowland-Douglas said turning around hundreds of years' focus on extractive industries would not happen overnight, but it has begun with the emergence of digital technology and business incubator hubs.

The West Coast Economic Development Plan is built on five priorities, which aim to grow new business and jobs. Its release was marked in Greymouth in July by Science and Innovation Minister Paul Goldsmith, who said it was part of a wider nationwide response to bolstering the regions.

A flagship project within the development plan is an $11 million research and development centre in the town that aims to find ways to build on the Coast's mineral-rich legacy, and create much-needed new jobs for the region.

Mr Goldsmith explained that it would seek ways to turn high-grade minerals into materials such as magnets and the next best thing in insulation and aerospace engineering: carbon foam.

Forest and Bird chief executive Kevin Hague supports the idea, but reckons $11m is a bit over the top.

He said while it might really be something a few extra staff at Development West Coast with access to Google could do, it was an encouraging sign of what he described as a "change in the cultural guard".

Mr Hague said he remembered when it was almost a hanging offence to suggest that the Coast needed a plan to replace coal mining.

West Coast-Tasman Labour MP Damien O'Connor has said he also thinks the idea is good, if a little late, despite reservations it is simply a pre-election political exercise.

The multi-million dollar economic plan evolved with input from Development West Coast, a charitable trust set up several years ago to manage and distribute income from a $92m government fund. 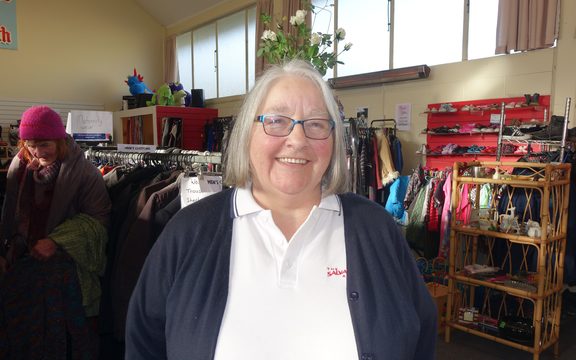 That money was compensation for the phasing out of native logging operations on state-owned forests, and the handing of state coal mines to Solid Energy.

Its aim is to grow job opportunities on the Coast, which have increased fractionally in the 10 years to 2015.

But the local Salvation Army says at this stage the Coast is suffering the same problems hitting other regions: a rising cost of living against static or no income.

Sharryn McAuliffe of the Greymouth Salvation Army said on average they helped about 17 families each month, but over winter they were seeing about 10 more families seeking help per month - and these were people they had not dealt with before.

"The time was when people coming for food parcels would almost always be people who were unemployed, but now we're often seeing people on seasonal work and in lower paid jobs."

The Coast has an unemployment rate of 3 percent - the country's lowest, even though the region is counted as part of the wider Nelson-Tasman-Marlborough area when it comes to joblessness statistics. 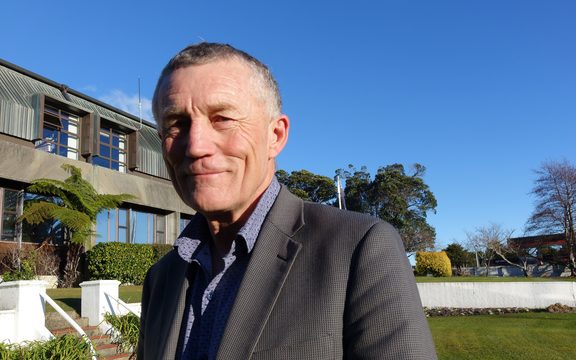 Grey District Mayor Tony Kokshoorn said that figure needed to be seen in context and it merely reflected fewer people looking for work. He said this was because many of working age had left the region to set up new lives elsewhere.

Development West Coast recently appointed New Zealand television producer and business entrepreneur Dame Julie Christie to its board. She was attracted by the challenge of growing the economy, as much as wanting to give something back to her home turf, she said.

Dame Julie grew up in a rural area inland of Greymouth, and left the area at age 17 to attend journalism school in Wellington.

"It's very good to see the focus on regional economic development, because Auckland gets a lot of attention - an enormous amount of attention, as does Christchurch, and there are other places.

"But you know, the West Coast is challenged because it doesn't have a population growth and it's difficult to get skilled people to want to come and live here.

"The good thing is that finally, there is a very definite plan."

She said the action plan was feasible, and it was now up to the trust to make it happen. 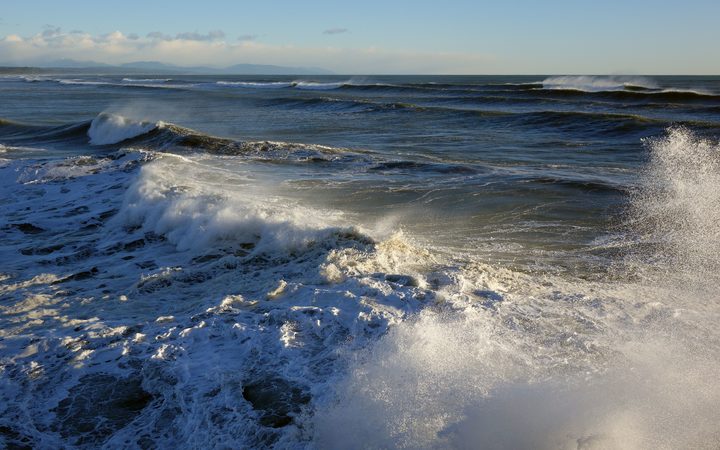