Insight: Is mountain biking the next golf?

The surge of interest in mountain biking is proving a boon, not just to individual fitness, but also to the regions keen to embrace the sport. 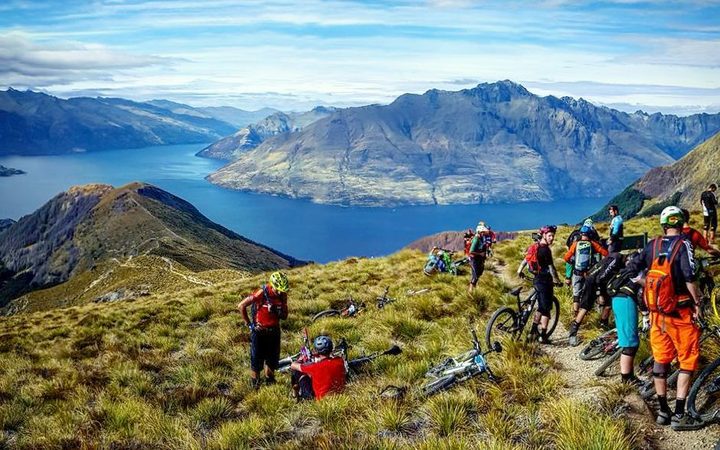 Mountain bikers and shops selling all the kit seem to be everywhere.

More people than ever before are pulling on knee pads, and careering down purpose built trails.

Revolution Bicycles owner Jonty Ritchie reckons road-biking was the new golf, but that has shifted to mountain biking in the past five or so years. 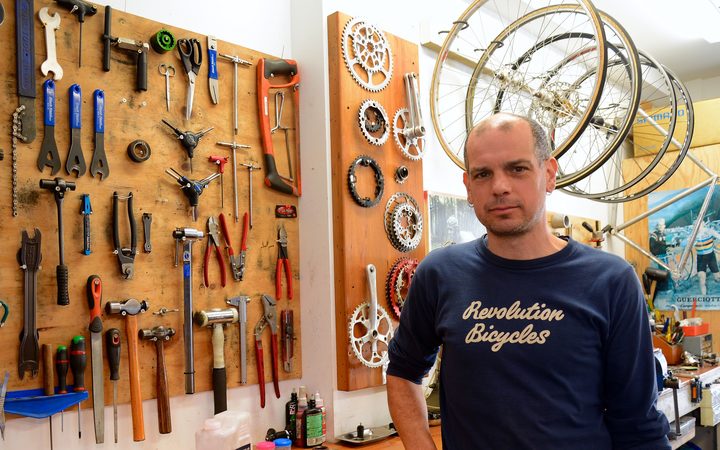 "I think possibly because, especially in Wellington, people have realised that riding a mountain bike is a lot more fun than constantly going up and down the Hutt Valley on the motorway, on a road bike.

"Also it's another way to buy a fancy thing and compete with your mates to see who's got the fanciest equipment."

Mr Ritchie sees more focus these days on going down hills than up, which he says is making the sport more attractive to people who don't like the thought of slogging up hills.

"It's become easier because you've got bikes which are super capable, so you don't necessarily have to build up base level skills, you know you don't have to learn how to choose a line because you can just plough on through the rough stuff.

"Once you've progressed you do need quite a lot of skill, but you can just jump on a bike and be able to ride some fairly challenging terrain without having the sort of skills you used to need to pick your way through a steep rocky section with poor brakes and no suspension and so on."

There has also been a big increase in kids picking up the sport.

Ashley Peters is the founder of Wellington Offroad Riding Department (WORD), which is a non-profit youth mountain bike programme. 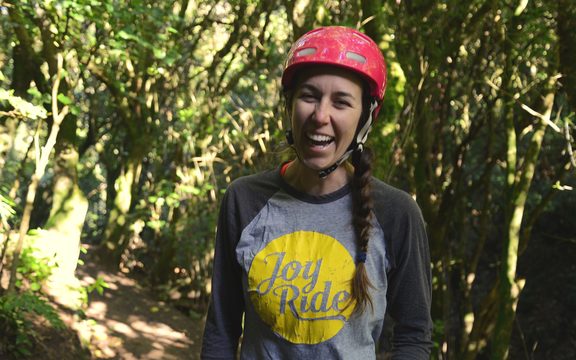 She says in the four years she's been running WORD, there's been a massive increase in the number of young people taking part, but also their parents are taking up the sport at the same time.

Ashley is also the director of JoyRide, which runs skills clinics for new and experienced riders.

"We've got men and women who are just starting out riding and they want to learn how to mountain bike so they can keep up with their friends, but we are also seeing a huge increase in people who have been riding for 10 or 20 years and want to learn some new things or brush up on their skills.

"The age range of people taking part is huge too, anything from people in their 30s up to about 65 years old."

A number of bike trail companies have sprung up in recent years to expand the network of trails as demand increases.

Not only are trails being built by organised companies - there are hundreds of clubs, groups and individuals around the country picking up a grubber and carving out berms and hucks.

Trail Fund provides funding and support for volunteer trail builders, and along with advocacy work, it's also keen to build up the skills of trail builders.

Chairperson Russel Garlick says as mountain biking has boomed, so too has the number of people wanting to build trails. 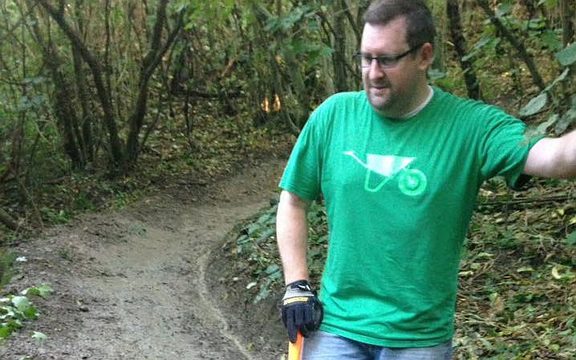 "So that's where the risk for quality comes in, and it starts to become a health and safety risk with people running around with pneumatic [chain saws] and so on, so what we are really trying to achieve is to keep those standards up as it just makes it better for the whole community.

Russel Garlick says there's a bit of a disconnect, and almost a sense of disbelief from non-riders about what expert mountain bikers can and actually want to ride nowadays.

But he thinks the biggest change in mountain biking in recent years has been gear-driven.

"Just like back in the late 90s with skiing, where skis went from being long and skinny to being short and fat with lots of shape, and overnight everybody became an expert skiier.

"Same with mountain biking now, with lots of full suspension bikes, wider grippier tyres ... you have people now who have only been mountain biking for a year or so who are already riding advanced trails."

Some regions have cashed in on ballooning interest in the mountain biking.

The Rotorua Lakes Council recognised the potential early on, and sunk money into the trail network outside the city in Whakarewarewa Forest.

Deputy mayor Dave Donaldson is an avid mountain biker and has been a big part of making Rotorua the mountain bike mecca it has become. 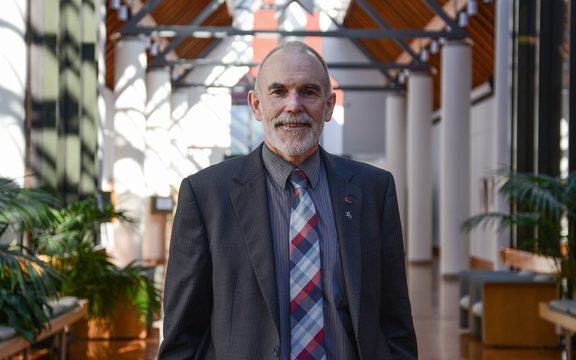 Rotorua is an economy that relies heavily on visitors and the council's always been supportive of tourism.

Mr Donaldson acknowledges a number of influential mountain bikers and bike companies over the years convinced the council that the sport is an important part of the city's economic development strategy.

And the city's investment in the sport has paid off several times over.

"So we fast forward now to [international mountain bike festival] Crankworx and you see that New Zealand major events through government funding has got in behind that event because they see value not only to Rotorua, but to the New Zealand Inc."

He and other members of the council have visited other mountain bike destinations around the world to see what they have done.

"We see how important it is to those destinations and so our councillors largely agree and support the direction we've taken."

Queenstown too is raking in the dough from mountain biking - a report commissioned by the local mountain bike club found riders were spending $65m a year in the town, and the sport had generated almost 300 jobs.

Nelson, another city which is booming in terms of mountain bike trail building and rider visits, also has strong support from its council for the sport.

Wellington boasts 350 kilometres of trail, but the city's economic development agency is not making mountain biking a priority for its tourism strategy.

The agency's interim chief executive, Derek Fry, is unapologetic about that.

But he argues mountain biking is part of the package.

"We see this as a critical part of economic growth, but as a part of talent attraction.

"So we know from our work that upwardly mobile highly specialised people are attracted to those sorts of sports, I think that CBD relationship with mountain bike trails is really important."

Derek Fry is right - it is a sport which has increasingly become attractive to corporate types with lots of disposable income.

Accident Compensation figures provided to Insight show the number of ACC claims for mountain biking has doubled since 2011, with claims to the end of 2016 totalling 7564, costing the taxpayer almost $15m.

And the age group bashing themselves up the most are the 35-44 year olds, but they are certainly not being put off. 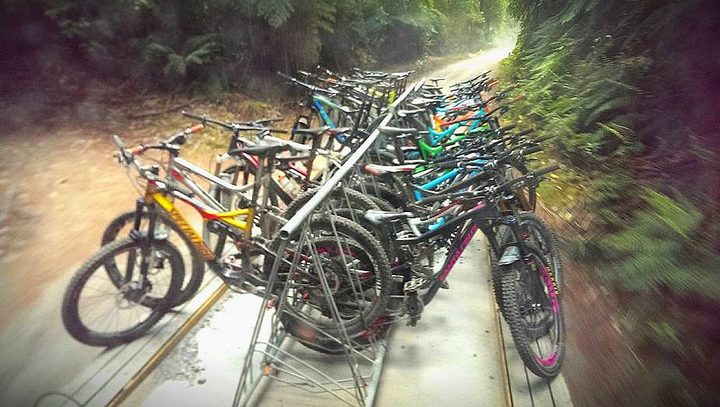 Tourism providers are increasingly catering to those visiting with the purpose of hitting the trails. Photo: ( RNZ / Chris Bramwell )