Insight: Data in Exchange for Help 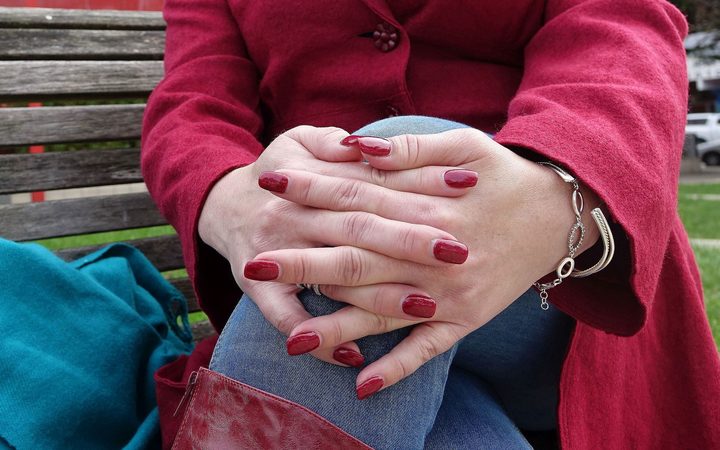 News Zealand spends billions on welfare and social services every year, but how do we know it's money well spent?

The government all ready uses data it holds to make sure citizens, are getting the right social services. Now it wants to take that a step further and use identifiable data to target help to individuals. But some social service groups have said handing client information to the government will kill the trust they have with their clients, with many simply avoiding help.

When Helen* went to see a lawyer to find out how she could go about divorcing her husband, her lawyer told her she'd be happy to help her, but only once she had been to Women's Refuge. Helen was puzzled by the lawyer's comment and resistant to seeing Women's Refuge, but eventually decided to play along so she could be free of her marriage.

At the time it hadn't fully occurred to her that she had been the victim of her husband's sexual, mental and financial abuse, because 'other people' were victims, not her.

"It started off as emotional abuse and then a little bit of violence, then sexual violence, in terms of drugging me and having friends take advantage.

"He did come to my house once and rape me after I'd moved out ... and I couldn't scream because my kids were in the house."

As a professional and independent woman the stigma of being a victim, and what it could do to her pride and career if it got out, terrified her.

"To me it was a failure in my own life, and I had to go through a lot of counselling to accept that I hadn't failed. So it would have been embarrassing for me, it might have affected my career, people might have seen me as not being able to cope, as awful as that sounds, that would have worried me."

Helen said she also had to keep her address under wraps to protect herself from her ex-husband who was often camped outside her work waiting to harass her.

She said with those worries in her mind, it would have been known why she was seeking help from Women's Refuge and she needed to be able to share her personal story only when it felt appropriate for her.

"I needed to be able to be vulnerable and trust the people helping me - it's my story, it's not the government's."

As part of its social investment policy the government wants to harness personal data to help figure out what services people need, when they need them and whether they actually worked.

The government already uses data it holds to try and figure how to do this, with a huge Statistics New Zealand research database known as the "Integrated Data Infrastructure".

Its plan is that now the agencies outside government, that it pays to provide social services, hand over their clients' names, addresses, children's details, and information about what help they got.

The idea is the government will be able to get closer to the individual story behind what help people need.

That means anyone from school social workers and budgeting advisors, to those who deal with violence or sexual abuse victims will have to share the information if they want their funding to continue. 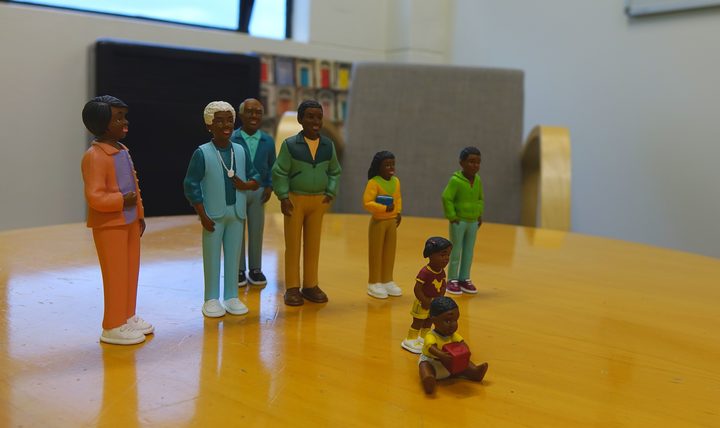 These figurines are used by Wellstop as part of therapy sessions for those who have or feel they might sexually abuse others. Photo: (RNZ / Teresa Cowie )

And services that deal with the perpetrators of sexual violence are worried too.

At Wellstop, a community based organisation that treats teens and children who have engaged in harmful or abusive sexual behaviour, or adults who have sexually abused children, every effort is made to keep a visit to its offices private. It's off the main street and there's no signage that could give away why someone might come here. 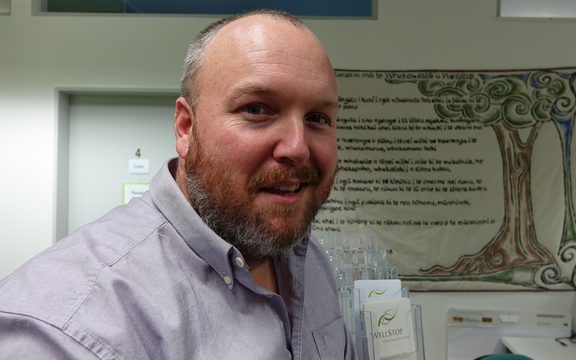 A therapist said efforts to gain client's trust would be all for nothing if they had to start their first visit with getting a client to consent to having their information shared.

"Thirty percent of our positive outcome with a client comes from that therapeutics relationship we have with a client, so you develop some trust and some understanding of the person."

He said the data question puts that trust relationship at serious risk and could put off clients coming for help all together.

"Therefore, they do what probably they've done in other aspects of their lives, which is walk away, avoid, isolate, rather than be engaged and get help."

Inside the social investment 'engine room'

The Social Investment Unit in central Wellington, where the numbers are being crunched, is considered the 'engine room' for the flow of information that it's hoped will help join up the various social services people use and give more targeted help to people in need. 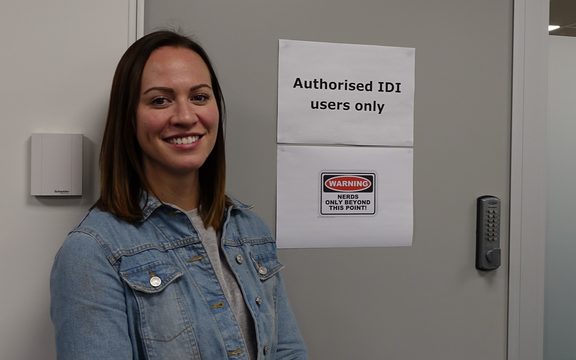 While the majority of the office is open plan, a sealed off area holds terminals with access to the Statistics New Zealand IDI database.

The room is shut off to the outside world with a pale grey door closed with a combination lock.

A notice stuck to it bears the stern warning "Authorised IDI users only" as well as a more light-hearted poster below "Warning, Nerds Only Beyond this Point!".

It's also where a data exchange is being developed, that will connect government agencies and the organisations that carry out social services for them.

Dorothy Adams leads the unit's team of about 35 people.

And she said for social investment to work well, it needed really good data.

"You needed to understand who needs what service at what time to really make a difference, and that data, you do need it in an identifiable form to begin with so we can link it with all the other data held by other agencies, so we can start to look across that person's life course." 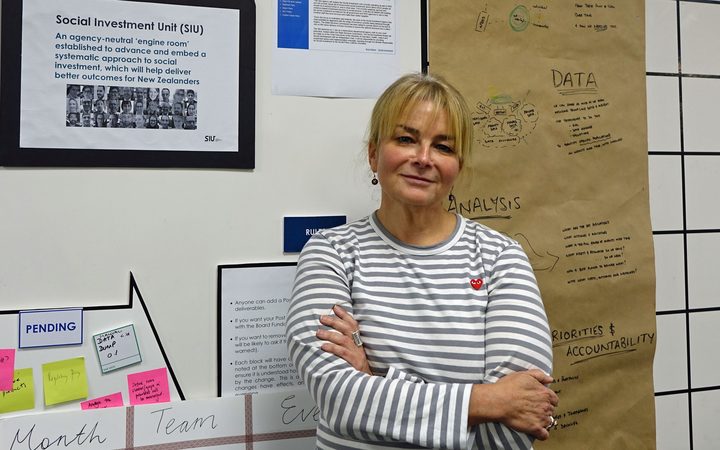 But while the idea of targeting services where they are needed is an enticing one, clients and service providers are worried that information could get into the wrong hands, or be used against them.

Insight asked Social Development Minister Anne Tolley what kind of guarantee she could give that the current or subsequent governments would not use people's information to embarrass or silence them.

"Under the privacy laws you can only use the data, for the purposes which you have collected it for.

"Those are groundless fears because that's the law and any government has to comply with the law".

And if people don't follow the law, how do you stop snooping?

Danny Mollan is in charge of building the Social Investment Unit's Data Exchange, to share data between government agencies and contracted NGOs.

He said there had to be transparency in the data exchange. 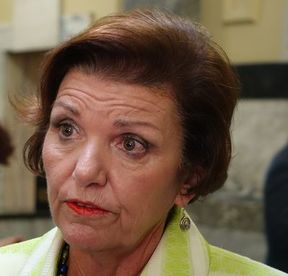 "That doesn't guarantee it won't be used for the wrong reasons, but transparency is a pretty powerful tool."

Social Development Minister Anne Tolley has signalled that some organisations, that had very sensitive data, might be exempt from sharing their files.

A working group is being set up to look at how to safely collect and protect the information.

It is expected to be complete by about December and Anne Tolley says it would be ready to do variations of contracts early in the new year.