Insight: On a Bender - Meth Use Out of Control?

Two masked Customs staff are making their way through about 15 seemingly harmless boxes.

We're in Auckland Airport's Air Cargo Inspections Facility. This large warehouse, a few minutes from the airport, is a key frontline in efforts to keep methamphetamine and other illicit drugs out of New Zealand.

"That is ephedrine that they're extracting," operations manager Lloyd Smith tells me.

"It's concealed within the basis of some decorative tea sets ... It's actually quite a common concealment method, both here and right across the world.

About 3kg of the drug - a precursor to meth, or P - has been found in this single shipment from China, which is a below-average amount, he says.

"We find ephedrine, or precursors ... usually on a daily basis."

Customs is constantly devising new and innovative ways to stop meth and the drugs used to make it from creeping into New Zealand.

However, it accepts that despite its efforts, combined with those of police and other authorities both here and in Asia, the drugs are still managing to get in, gangs are still turning over massive profits and meth is still falling into the hands of people as young as 14.

During my recent visit to the warehouse, I was given a fluoro yellow vest, some grandma-like closed-toe shoes and told to keep within the thick yellow lines for health and safety reasons. 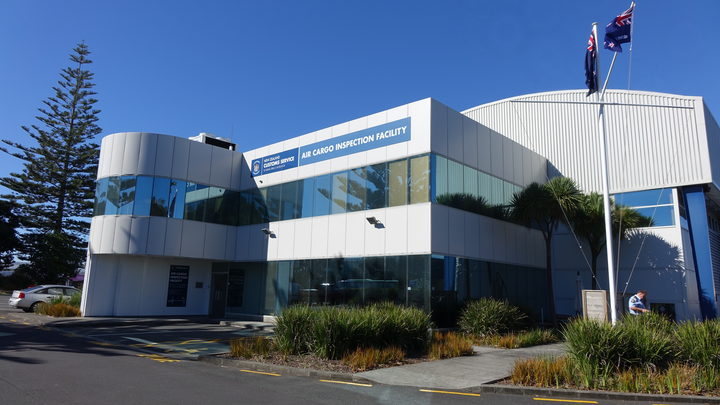 Mr Smith and a technical specialist, Braden Harris, then took me to a table where labelled packets of drugs were laid out.

Mr Harris picked up the First Defender, a handheld tool that looks a bit like an EFTPOS terminal. It can detect and identify more than 11,000 substances in under 15 seconds. He explained how this tiny Customs workhorse worked:

"It's firing a high-energy laser beam into the substance... then it's reacting with the molecules, and then it's sending low-energy light waves back into the system.

"It's doing an internal check... going through it's own library and it's come back saying it's methamphetamine.

"So it's a pretty quick test. I think it's amazing." 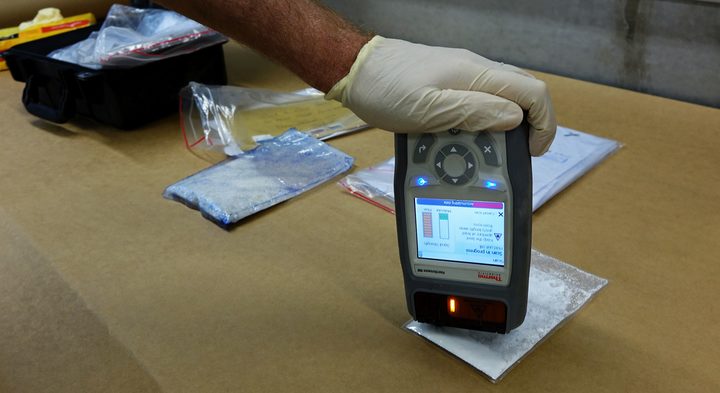 Across town, at Customs' HQ in Central Auckland, general manager of intelligence, investigations and enforcement Jamie Bamford said about 6kg of P was stopped at the border in 2012, compared to more than 400kg of the drug last year.

"There is a definite trend to send larger quantities of methamphetamine to New Zealand. It's driven by price. There's a significant profit to be made."

Mr Bamford said, while it was mostly coming from Asia, it was also coming from Mexico and North America. 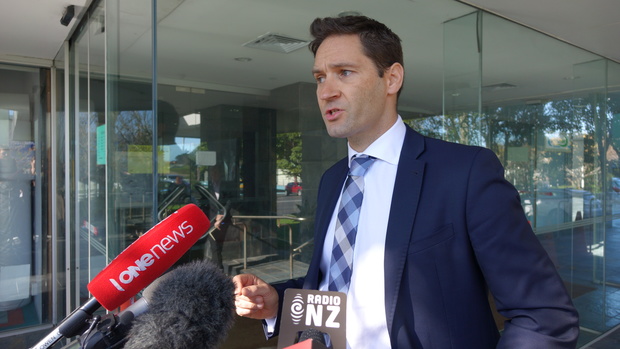 Criminals were becoming quite cunning, he said.

"They kind of learn from us and we learn from them. So we see meth coming in in the mail through our mail centre. We've seen meth stuffed in toys and in liquid. You imagine it, it's been tried."

"And, as you've seen, smugglers try to land methamphetamine onto our beaches with that recent seizure of 500g of P in Northland."

Border control could only go so far, he said.

"To stop it fully, we'd kind of need to stop every single person and search every container and that would hold up [overall] trade. That is just not going to happen. It is not feasible."

Officials obviously did not want meth to reach communities in New Zealand but it was inevitable, he said.

The battle to stifle the flow of P into the country's supply-driven market is not just fought here.

In recent years, Customs has also sent three New Zealand officers to work in China, Hong Kong and Thailand, with the goal of stopping shipments, destined for this country, at the source.

Customs consul Roger Batten is only three months into his two-year posting in Hong Kong, but already, he said, 5kg of P bound for New Zealand had been stopped.

"And that's just through us talking, and sharing information, and getting the information to the right people and putting things in place at the border."

Hong Kong customs officials have stopped $30m worth of meth from heading to New Zealand over the past two years alone.

Mr Batten said he was not aware of New Zealand gangs being based in Hong Kong, but he knew of some that travelled there often.

"They do travel and they do do business. I would say from a New Zealand perspective though, it's more the transnational organised crime groups that're bringing the gear into New Zealand and then it's local gangs moving it domestically."

Customs was also working on getting a multi-national seizure database up and running, involving Australia, Hong Kong and China's Anti-Smuggling Bureau, he said.

Customs was sending a fourth officer over soon, to be based in Jakarta, Indonesia - though Jamie Bamford, in Auckland, said it was not to target P specifically, but the drug trade more generally. 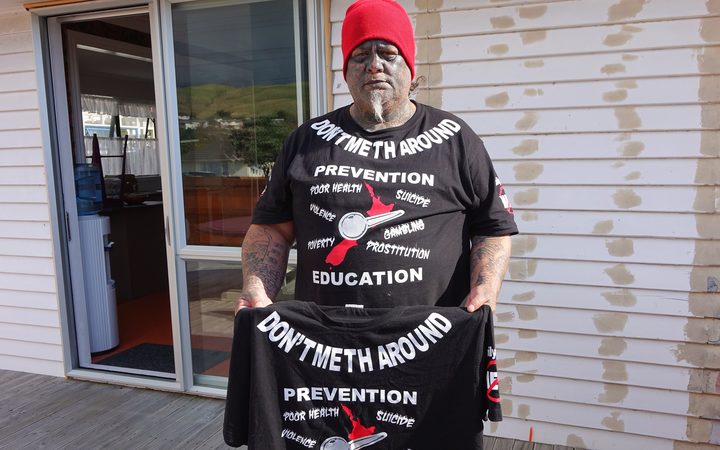 Mongrel Mob member Dennis Makalio is among those fighting P use in his community. Photo: ( RNZ / Carla Penman )

Back in New Zealand, Dennis Makalio, a senior Mongrel Mob member in Porirua, has started the P Pull campaign aimed at helping addicts and raising awareness.

He said stricter border controls would not be enough stop the drug getting in.

Everyone knew how to make it, he said, so more attention should be paid to education and prevention.

Police national manager of organised crime Greg Williams said they were also doing their part, including by cracking down on the huge profits transnational crime groups were making. 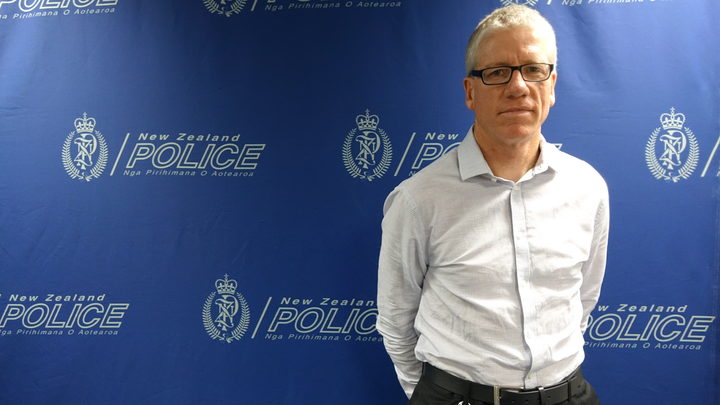 "Because the gangs now are making significant money, that's cash... because this is still pretty much a cash business, they've had to manage that cash.

"And there's been an industry built up around them with professional facilitators... lawyers or accountants or trust service providers or people that are engaged in setting up structures to obscure the money and hide it and launder it for those organisations."

A big focus in the past couple of years had been on identifying who was hiding the money for gangs, he said - making it harder for them to move cash between financial institutions, and pursuing more prosecutions to deter others from signing up.

Check back next week for the second in Insight's two-part series on meth: the social impact of the drug on the Northland community.