Insight: Is Taranaki Coming to Terms with Its Colonial Past?

Taranaki Māori have paid dearly for their defiance of colonial rule, and the dodgy land deals that came with it, and many feel they are still suffering today.

The first shots of the New Zealand Wars were fired at Te Kohia Pa, Waitara in 1860 and within a decade scores of warriors had been killed and vast tracts of Māori land confiscated. Ultimately even non-violent resistance was crushed at Parihaka in 1881.

But even as treaty settlements progress, tensions persist and there are calls for "ignorance" to be overcome for the region to move forward. 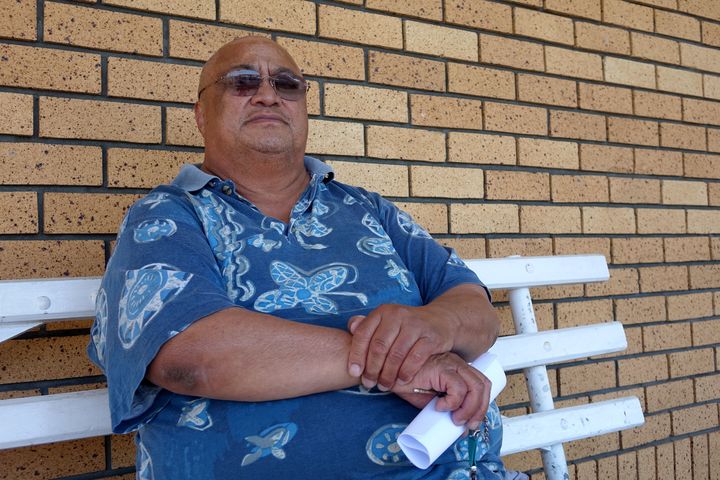 Waitara man Rangi Kopu says his parents were fluent speakers of Te Reo but the language was not passed on, something he now regrets. Photo: ( RNZ / Robin Martin )

Rangi Koopu knows what it is to lose a language. Taking a break on a bench in the North Taranaki township of Waitara, the 67-year-old talked about how he had never spoken his mother tongue and now regretted it.

"We weren't allowed to speak Māori in our days back in the '50s and '60s up. Our parents were fluent in it and they wouldn't speak it in front of us. English was the thing, because they really wanted us to go the other way.

The former cab driver spent decades working in Auckland to be closer to his children and was enjoying the pace of life back in his home town.

He did not believe racism was a particular problem in Waitara.

"We're all one big family, everybody. We get on with the Pākehās and everything here. We're all brothers and sisters. That's how we treat one another. That's how it was when I left here and it's still like that." 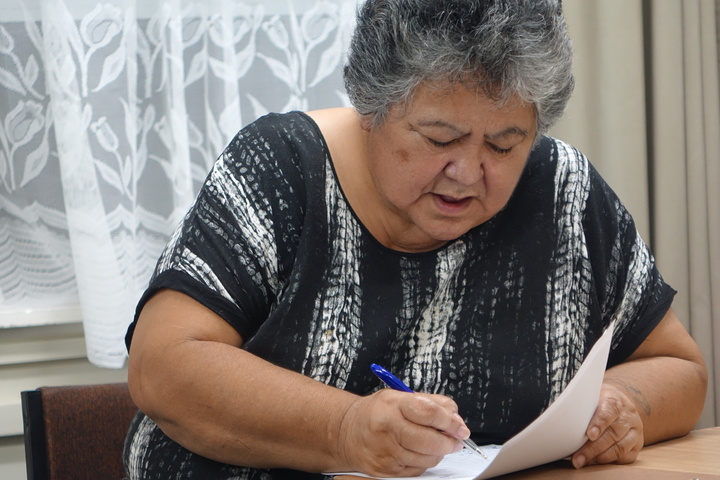 Margaret Menehira wasn’t taught Te Reo as a child despite her parents being fluent speakers. The 60-year-old is taking lessons now so she can speak to her mokopuna who are in a kura kaupapa Photo: ( RNZ / Robin Martin )

"I just want to learn the reo, finally. My mother believed that we weren't allowed to speak Māori we had to learn English because English was the only thing that was going to get us a job, not Māori, so I just didn't bother with it.

"We were never allowed to go to maraes to tangis and stuff like that because that was for older people, older Māori, my grandmother, not us.

"And now that I'm older and a little bit wiser, I think, and my mokos are going to kōhanga, I want to learn the reo so when my mokos ask me something I know what they are talking about."

The 1867 Native Schools Act enshrined in law that English be the only language used to educate Māori children, a policy that was later rigorously enforced.

By the 1930s the use of English had begun to increase among Māori, and some Māori leaders were vocal in their support for English-only education.

Mrs Menehira said she did not blame her parents for not passing on the language.

"That was the way of the times. My mother spoke fluent Māori and fluent English, her father was a teacher, but at that time Māori was not a good option to take so I don't feel disadvantaged."

Māori did not become an official language of New Zealand until 1987. 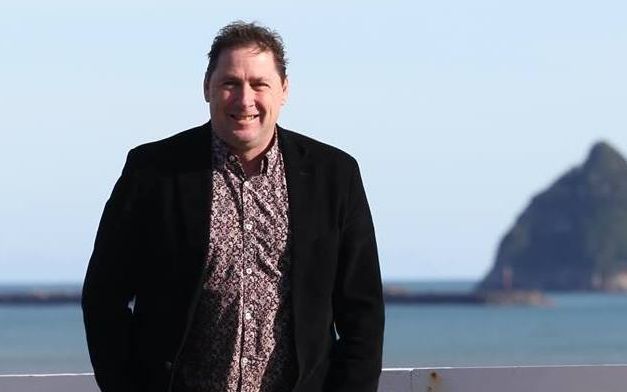 In February, New Plymouth councillor Murray Chong gained national notoriety when he shared a post with his 1400 Facebook friends describing te reo Māori as a language surviving "on a respirator" and questioning whether funding for it should be axed.

It was not the first time in recent history the council had been the focus of community debate about ensuring local iwi were supported and had a proper say in the future of Taranaki.

Former New Plymouth mayor Andrew Judd was vilified for his support of a Māori ward and did not seek re-election last year.

So is there a wider divide in this region than elsewhere? 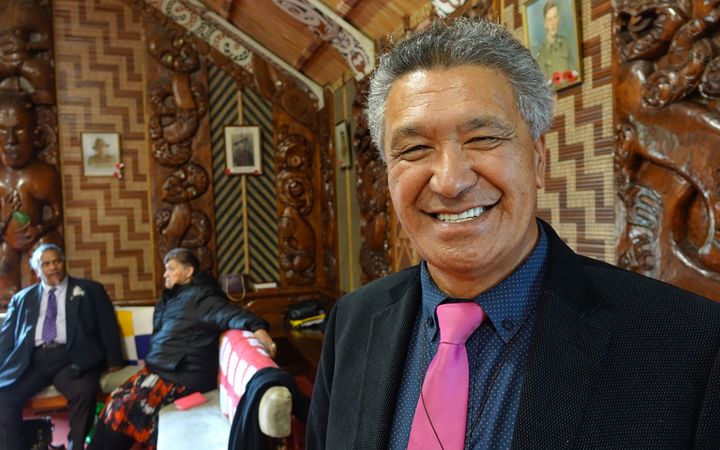 "That ignorance has sprung from a determined government policy to ensure that the history of this country was not taught as it should have been, was not taught accurately.

"When I went to school I was taught, and so were all my peers, that Māori were murderers and killers and all of that kind of thing whenever they won a battle, but when the settlers or the military won a battle they were great victors.

"So that to mean was a racist attitude that permeated down through the decades, then the generations and it has become ingrained in New Zealand society, particularly Taranaki society."

"I think of my rohe where we have a similar history to Taranaki. I think of when the Rongowhakaata iwi settlement took place and Gisborne people went to listen to the apology and listen to the history.

"In my experience many said, 'How come we didn't know that this is actually what happened? Why didn't we know about this? Why haven't we learned about this? It makes a lot of difference for us'."

She said education was the key to better understanding and iwi should work more closely with schools to make sure a more balanced version of history was taught.

One place where that work is already going on is Te Wānanga o Aotearoa's Rangiatea campus in New Plymouth.

Campus manager Dennis Ngawhare said there was an unprecedented interest in Māori language and culture and half of the students were non-Māori. 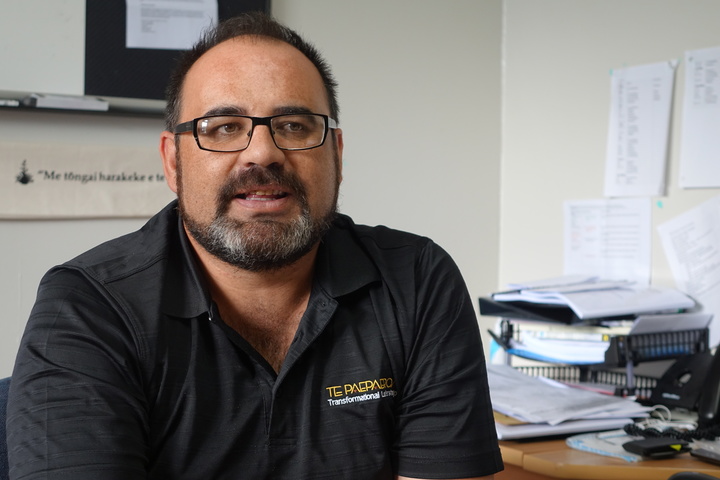 "There's maybe 250 students who are studying our language courses from beginners through to more advanced levels, and they're all full.

"Our beginners' course has a huge waiting list of 50 people."

Dr Ngawhare said they learned tikanga or protocols and ceremonies, history and waiata.

"It's not as if we want to brainwash anyone or what to take people in and 'Māorify' them. It's about sharing our love of our language, our culture and our history so that these people will understand where we are coming from."

Learning about Māori culture was high on the agenda of students at Te Wānanga o Aotearoa spoken to by RNZ.

South African Taryn Hart, who has been in New Zealand for three years, said for her it seemed only natural to learn te reo Māori if she wanted to settle here. 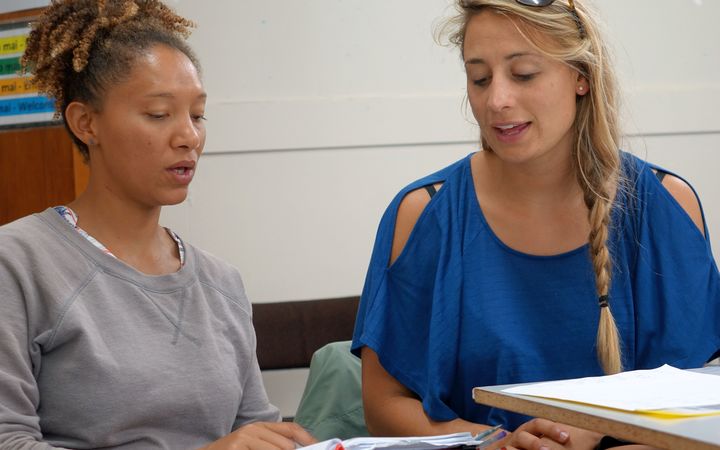 "I do think it is really relevant and it is quite sad that if you've done a little travel and we're probably one of the few countries in the world that don't speak our own native language."

Despite all the things he would like to see change, Mr Moeahu - the former treaty negotiator - was optimistic about a shared future.

"I look at the next generation and I see remarkable improvement. I think this nation has a great deal to teach the world. We have gone through some trying times but we have found a mechanism as a nation of resolving outstanding grievances without violence."