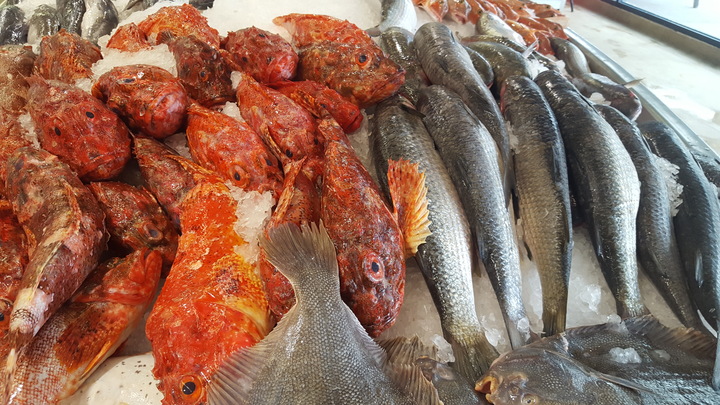 Overfishing and fish dumping - and what to do about it - is causing tension, with conservationists and those who make their living from the sea each telling a different story.

The winds of change are blowing through the fishing industry.

The Future of Our Fisheries review is under way, including a plan to install cameras on all commercial fishing boats.

The idea is that this will reassure the public and valuable overseas markets that our fishers are playing by the rules set down in the quota management system around practices such as fish dumping.

BSA Ruling: This Insight programme first broadcast on RNZ National on 12 March this year discussed whether the quota management system was contributing to illegal fish dumping practices in the commercial fishing industry and whether camera monitoring could be used to improve this issue. The programme featured an interview with the Executive Director of Greenpeace NZ, who described a camera monitoring trial undertaken by Trident Systems. He said that, during the trial, another research company found ‘lots of illegal behaviour’, while Trident ‘found nothing’. He then implied that MPI awarded a contract to Trident for this reason. Trident complained that the Executive Director’s comments were inaccurate, unfair and lacked balance. The Broadcasting Standards Authority found that, while the Executive Director was entitled to express his view, his comments reflected negatively on Trident, and Trident ought to have been given a fair and reasonable opportunity to provide a comment in response. Trident did comment on other aspects of the broadcast, however it was not given an opportunity to respond directly to the Executive Director’s allegations. While the programme carried a high level of public interest, more care needed to be taken by RNZ to ensure its obligations under the fairness standard were met. The Authority did not uphold the complaint under the accuracy and balance standards.

Illegal fish dumping happens before a boat heads back to land; it might be because the fisher has caught more than their quota allows them, or they might want to get rid of fish that are less valuable because of size, age or other criteria.

Many of the fish being thrown overboard are already dead or quickly die, and the practice adds to the depletion of fish stocks.

According to Minister for Primary Industries Nathan Guy, the new camera surveillance system would be a game changer. 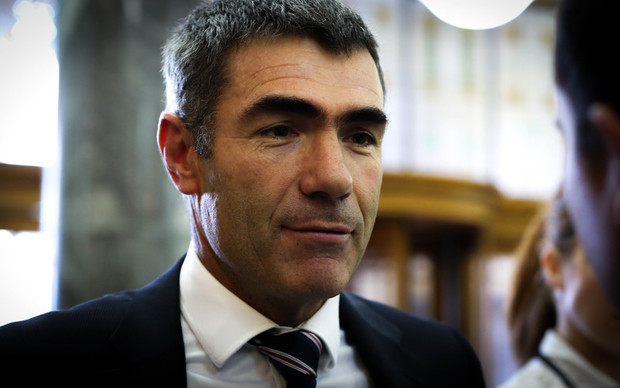 Minister for Primary Industries Nathan Guy: "We'll have the eyes and ears on every vessel." Photo: RNZ / Alexander Robertson

"This will be a very important part of shifting the debate and having better regulatory systems because we'll have the eyes and ears on every vessel. This will be the biggest roll-out of electronic reporting in any fishery in the world and I'm hugely excited about it," he said.

Being able to shift the debate would be welcome news for Mr Guy's ministry (MPI), which has been criticised over its failure to prosecute alleged fish dumping.

This occurred as part of a trial of cameras known as Operation Achilles where fishers had been filmed catching dolphins and dumping fish.

An inquiry from Michael Heron QC last year found MPI's decision not to prosecute was "flawed" but "understandable" given the complexities involved.

At the same time an internal email from MPI's director of fisheries management, David Turner, suggested that over half of the inshore fleet was probably guilty of dumping fish and this was having an impact on fish stocks.

So what will happen when cameras are phased in on the entire fishing fleet starting from October next year? 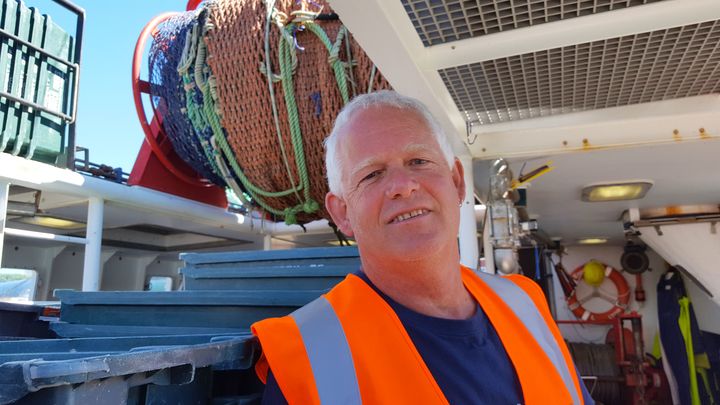 The trawlers they operate account for most of the inshore fishing that goes on off the Canterbury coast.

I met them at Mr Stark's office on the docks at Lyttelton and they took me to have a look at their small fleet of boats moored nearby.

We wandered past a huge factory ship owned by Sealord, which was being repaired in a dry dock.

The contrast with the tiny boats plying the inshore fishery was striking.

Both men were keenly aware of the bad publicity fishers have been getting lately around fish dumping and wanted to make sure I had a good understanding of the conditions they were being forced to operate under.

Mr Threadwell said the quota management system forced inshore fishermen such as him to break the rules.

He had little control over what his nets pulled up, which meant he could often end up with 30 different species in them in a single catch, he said.

The rules said under-sized quota fish such as barracuda, which he could not sell, must be brought back to shore.

While he was reluctant to talk about it, Mr Threadwell said this just wasn't practical or economically viable for most fishers.

This needed to change before cameras were used to force fishers to comply with a set of unworkable rules, he said.

"It would be very very difficult for any inshore fishermen in New Zealand today to go to sea and not commit a technical offence and that's just ridiculous. There really needs to be some commitment from government in conjunction with industry to sit down around the table to sort out some of these problems ... There needs to be a credible and practical discards policy that allows us to continue to work in an environment without breaking the law." 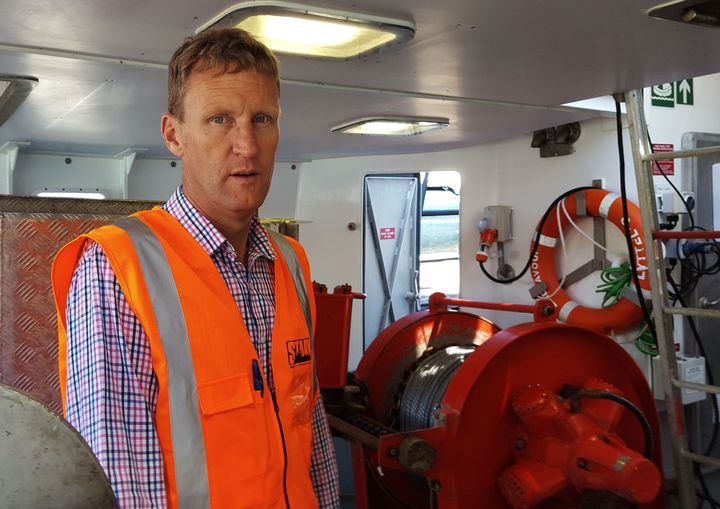 Some catch limits had not changed since the quota management system was introduced 30 years ago and this needed to change, Mr Stark said.

It was hard for fishers to talk about what was really going on in the sector for fear they would be prosecuted, but most knew the rules around dumping were not working.

"Fishermen have only ever brought home fish which they are going to be paid for ... and you could have a species which doesn't have a minimum legal size and could be the size of a small ballpoint pen and legally that should be landed. It was never landed prior to the quota system and in most cases that doesn't come home today."

Both fishers believed introducing cameras before the quota management system was sorted out would unfairly penalise fishers like them. 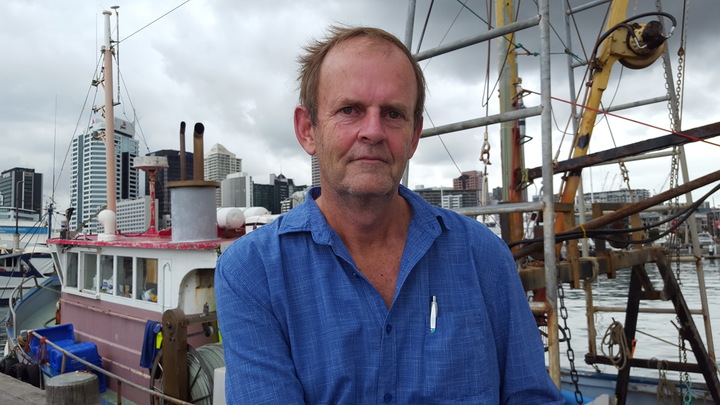 And according to Auckland University's Glenn Simmons, they were right to be nervous.

"Particularly those who fish in mixed fisheries, that is going to have a significant economic impact on their ability to turn a profit and I think if the cameras are monitored correctly, [and] it's complimented with observer coverage, we will definitely see half the fleet go out of business. That's not only my view, but that's the view of a considerable number of officials from within MPI and former officials."

Mr Guy said, while changes were needed, fundamentally the system was a good one.

"If you have a look at three or four international reports, they've all put it up on a pedestal. The [British] Columbia University in Canada ranked it as one out of 41 fishing countries, the World Bank and Marine Policy Journal ranked it about one out of 53 countries."

Consultations with the industry on changes to the system, which could include a possible ban on all discards, were continuing.