Insight: Lest They Forget: NZ and the EU Today

It's a relationship forged on the battlefields of Europe in two World Wars, but does that sacrifice really count now?

At events like those held recently to commemorate 100 years since the Battle of the Somme in Belgium, wreaths are laid and much is said from behind podiums about the ties that bind.

But as a tiny nation nearly 20,000km away, can New Zealand really expect much support from the European Union, particularly as the latter faces a number of crises, including Brexit and the influx of refugees from Syria? 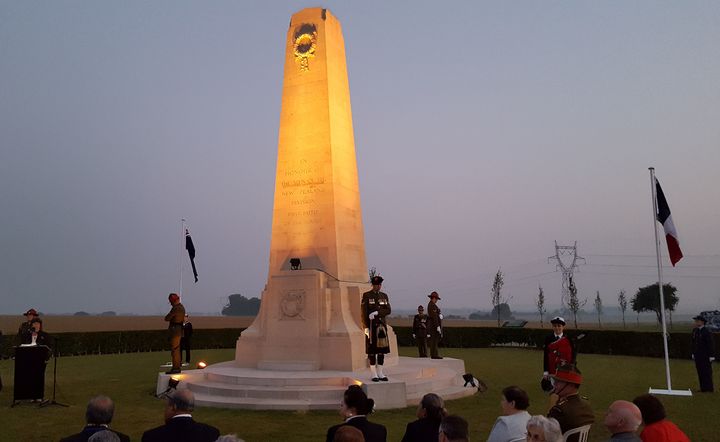 A gathered crowd marks 100 years since the Battle of the Somme at the New Zealand Battlefield Memorial, in Longueval, France. Photo: ( RNZ / Andrew McRae )

The EU is currently a grouping of 28 countries, soon to be 27 with the exit of the United Kingdom, and it was formed out of the devastation of World War II.

It can trace its origins from a trade organisation, the European Economic Community, formed in 1958 by the Inner Six countries of Belgium, France, West Germany, Italy, Luxembourg and the Netherlands. 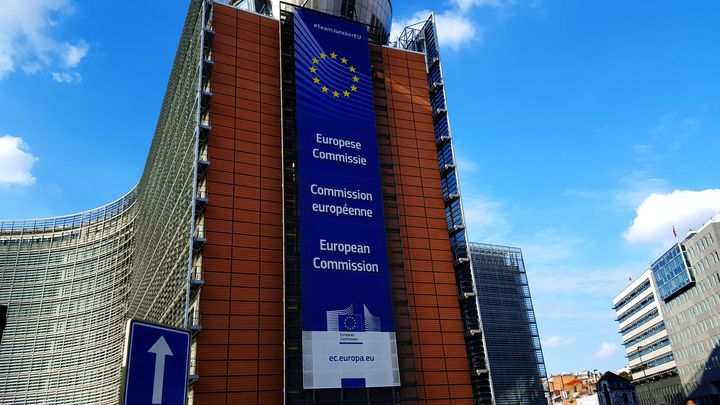 The European Commission Building in Brussels: Two-way trade between New Zealand and the EU is valued at $NZ19.6 billion in goods and services. Photo: RNZ/Andrew McRae

Despite the distance between them, the importance of the EU to New Zealand is significant.

The EU is New Zealand's third largest trading partner with two-way trade valued at more than $NZ19.5 billion in goods and services: $8bn in exports to the EU and $11.5bn worth of imports from Europe. 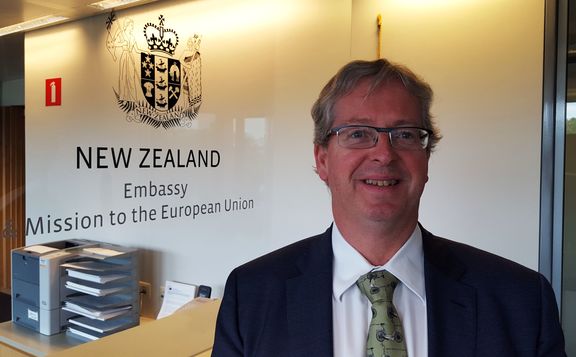 Speaking to RNZ in Brussels, New Zealand Ambassador to the EU David Taylor describes the relationship as very strong.

"It has been developed through the Commonwealth linkage with the United Kingdom, forged further through the contribution we made to the First and Second World Wars, along with agriculture and trade battles over a number of years, but which has emerged at this time into a strong, vibrant, broad-based partnership, really.

"There is very little that separates the EU and New Zealand in terms of issues and things we are both following in international policy, and on the economic front we have a lot of shared interests."

The relationship has to be worked at constantly and one observer of what goes on in the EU, Shada Islam, says she thinks the relationship between New Zealand the EU has really taken off in the last two years.

Ms Islam is the director of policy for the non-government organisation Friends of Europe. 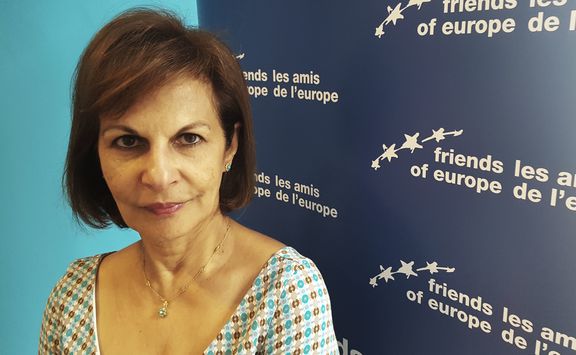 "I don't think a country like New Zealand would have invested so much time and energy in this relationship with the EU unless it was really really important," she says.

She says she believes that, while New Zealand does focus on markets like China, it sees Europe as more than just somewhere to trade.

"Values, also the peaceful nature of Europe, and that will not change."

Mr Taylor says a free-trade agreement (FTA) between New Zealand and the EU will be the big prize in terms of furthering the relationship.

An agreement to start talking about how negotiations will proceed was signed in October last year and, all going well, negotiations for a potential deal will start in the first half of 2017.

"The FTA is the one piece of architecture we are really missing in the relationship with the EU and it is the top trade priority for the government and obviously for this post [in Brussels]."

An FTA would create new opportunities, he says.

"As we have seen with China and with ASEAN and the TPP agreement, when it comes into force, there is an awareness of potential and possibilities, so I am very hopeful that, as we go through the trade negotiation journey, we will find new areas to co-operate with Europe in the trade and business space, and that will lead to even stronger connections between the two sides." 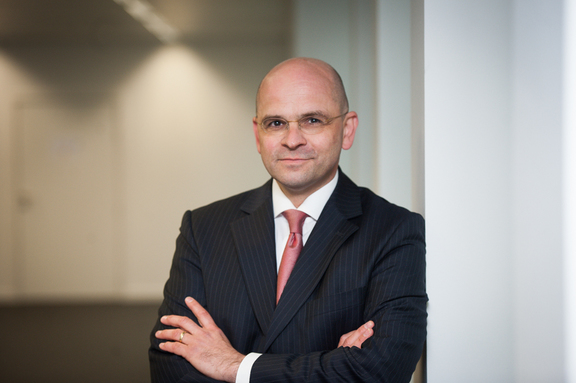 Not everyone is in favour of an FTA between New Zealand and Europe.

The European Dairy Association, which represents 90 percent of the dairy and milk production industry in Europe, is opposed to it.

Its secretary-general, Alexander Anton, says, because of New Zealand dairy exports' competitive advantage in promising markets like China, his industry doesn't feel it will be on a level playing field in a free trade deal.

"We [Europe] have a multitude of focus in trade, and dairy is not in the top tier - unlike New Zealand, which is a competitive disadvantage we can't accept." 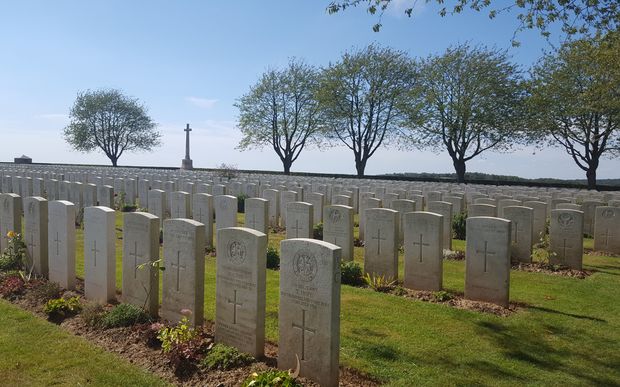 The Caterpillar Valley Cemetery near Longueval is the final resting place of some of New Zealand's fallen soldiers. Photo: RNZ / Andrew McRae

The sacrifices made on the battlefields of Europe in the two World Wars cannot be underestimated but just what that means to Europe now is hard to quantify.

About 18,000 New Zealanders died in World War I, the majority on European soil. 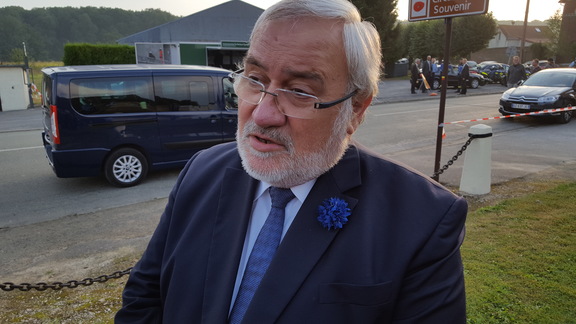 The Secretary of State for Veterans' Affairs in France, Jean-Marc Todeschini, attended the New Zealand centenary commemoration in Northern France, which marks its part in the Battle of the Somme, in September.

"This is why New Zealand is very important, contributing to peace here, and we want to pay tribute to them," he says.

"These people came to defend peace in Europe, but also in the world, and it is a message we would like to pass on to a new generation."

European and international law expert Dr Maria Mut teaches at the University of Catalonia in Barcelona.

She says she believes countries such as New Zealand are still owed a huge debt of gratitude for the sacrifices made during both World Wars.

Dr Mut points the finger at the United Kingdom for failing to stand-up for New Zealand when it first joined the European Economic Community 43 years ago.

"It had a serious impact at that time especially on trade and agricultural areas. It was obvious that membership of the European Community was going to be uncomfortable with some of the commitments the UK had in place with New Zealand."

Mr Taylor is very hopeful that, when New Zealand goes through its upcoming trade negotiation journey, it will find new areas to co-operate with Europe in trade and business.

"Europe is certainly [full of] people we can work with and rely upon, and I am looking forward to pursuing that," he says.