Aiga Lama is sporting a broken arm after falling off the monkey bars, but that's not stopping the five-year-old from chasing a basketball at Otara Leisure Centre.

She's here for a special exercise and nutrition programme for obese children.

Listen to Insight -  The Obesity Crisis

"I thought, its normal because in our Pacific genes we're all big boned and so its kind of natural for us to be kind of round, so I didn't take it as an insult because I knew that for us Pasifika we're actually quite naturally big. And she's got the height, so I thought she's yeah, she's on the chubby side, like her Mum."

A bigger health issue than smoking

The obesity epidemic is costing the country $1 billion a year and threatens to cripple the health system.

Next year it will supersede smoking as the country's biggest health issue - one in three adults and one in 10 children are obese. The figure for Maori and Pacific people is much higher.

Paediatricians and nutrition experts say if Aiga stays on her current path she could weigh 140kg by the time she's 14. 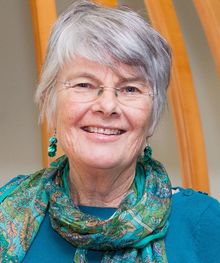 That would raise her risk of diabetes by 80 times that of someone in the ideal body weight range. It would also increase her chances of cancer, osteoarthritis, heart disease and respiratory problems.

Auckland University of Technology professor of nutrition Elaine Rush says she has seen children so large their legs couldn't move past each other to walk comfortably.

"So we've got a point of physicality where they cannot function and move and being a child or a young person you should be able to move quite freely."

She said she didn't know what would happen to these children.

"I despair because it's not just about their bodies, its about their minds and their spirituality as well."

Prof Rush heads the Pacific Island Families Study that has been tracking more than 1200 boys and girls since birth, measuring their weight, height and body mass index. It found that by the age of nine, more than half the children  - who were all born in 2000 - were obese. Prof Rush said the charts backed the need for early intervention, especially among Pacific Island children.

"It's got to happen now, their bones are being formed, their brains are being developed at every stage from conception and, unless we start making changes, we're like lemmings jumping off a cliff, basically.

"If we look at the quality of life and what's being taken from our children and our families because of these chronic diseases then we should be worried, very worried."

Prof Rush says there is no time to waste in tackling the epidemic.

"It is frustrating because the longer you leave it the more of a problem it is and I think it's getting worse. Thirty percent of the people aged 15 to 24 in this area in South Auckland are obese already and they're going to be the parents any moment now, so to speak. So they're already imprinting on their children and its not just the women, it's the men as well, there's more evidence that there are changes in the sperm induced by an unhealthy diet and obesity that will make a difference to the future life of that child."

She isn't the only one calling for urgent action. Sir Peter Gluckman, the prime minister's chief science advisor and the co-chair of the World Health Organisation's Ending Childhood Obesity commission warns that New Zealand faces a bigger crisis than many expect because obesity is becoming more prevalent in the Chinese and Indian populations. 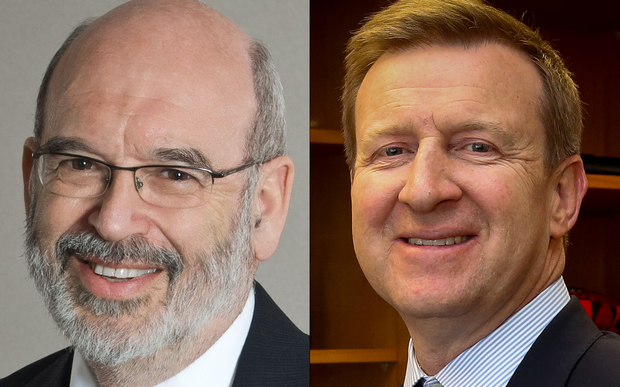 "So when you compound that with the recent migrations from Polynesia, where there's all sorts of factors at play why they have a high rate of obesity, New Zealand stands out with a very high risk of a diabetes epidemic of enormous magnitude 20 years down the track if we don't deal with this epidemic now."

Obesity campaigners say exercise and nutrition programmes that rely on personal responsibility will only make a difference for a few people. They are calling for a tax on sugary drinks, tougher rules around advertising and marketing to children, and healthy food in schools policies.

Health Minister Jonathan Coleman says he is confident the government's 22-point plan to tackle childhood obesity will have an impact but he can not say whether it would reduce the rate of obesity. He says regulating industry is not the answer.

"The political opponents, the academics and public health groups, we're never going to go far enough for them but the reality is we're going to take something that's implementable and that we know can deliver a result and we'll take the broad middle swathe of the population with us.

"Negative reaction always get publicity but if you take the middle population in the street, New Zealanders up and down the main street of Northcote, they will say it sounds about right, there's personal responsibility, we're strengthening up the exercise and physical education in schools, we're putting a big focus on changing and educating in cultures, but no we're not going to regulate, we're not going to implement a sugar tax and neither is Labour." 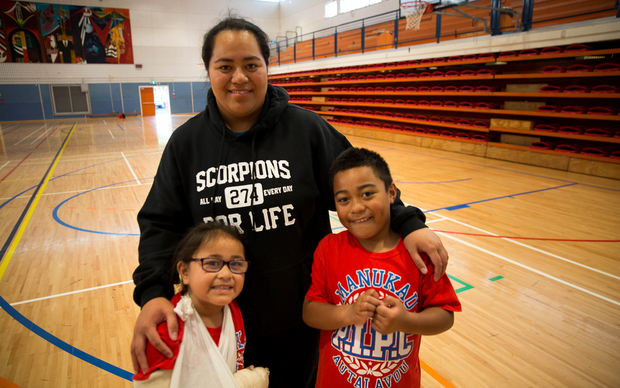 Back at Otara leisure centre, Makerita Lama says the nutrition and exercise programme is making a difference for her daughter, Aiga, and son, Ali.

The family is cutting back on hot chips, having them for dinner three nights a week instead of five and when they go to the supermarket together, the children chose their own fruit.