Couples counselling could be harder to get as the Government's priorities around where its counselling dollars should go change. 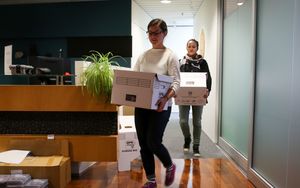 And a report leaked to Radio New Zealand detailing the finances of the failed counselling service suggests the Government was indifferent about its future.

But clients and one organisation that has now taken on some of its work are worried couples' counselling could suffer as the needs of others take priority.

In the past three months Stand has seen more than 360 former clients of Relationships Aotearoa, mostly individuals and couples.

Vitae estimates it's seen another 50 people.

Stand's chief executive Fiona Inkpen said it was moving to a new contract with the Ministry of Social Development which would cater for families, but not individuals and couples.

And as the Government moves to prioritise counselling children over couples, clients like Rachel* who felt two more counselling sessions would have solved her issues, now faces long delays in the Family Court.

She said the Government's focus on just vulnerable children is too narrow.

"Obviously we need to be focussing on our children, but we also need to realise that children live in families and there's a saying that if you want to leave the children safe look after the parents."

She said the child's whole family needed to be taken into consideration.

"If this therapy was going to be working for my ex-husband and I, that was only ever going to be good for our child [too]."

Rachel believes the service's closure leaves a hole and she is not getting the help she needs.

"It does feel like there weren't any safety nets put in place, I mean I'm ok and my son's fine and we'll just go through the court process, which is going to be not quite ok, but what about those other families out there that have not been contacted?" 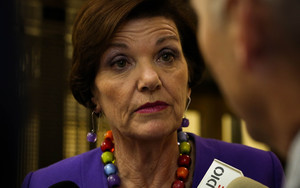 Social Development Minister Anne Tolley said there would always be a need for counselling services, but it was clear these would be more targeted in future.

Mrs Tolley said it would be up to individual communities to decide if couples counselling was a priority.

"It will just depend on what the need is, how that community sees that as a priority."

Meanwhile, the Minister said her department was conducting internal reviews of the way it funded and managed Relationships Aotearoa and anything it had learned will be incorporated into its Community Investment Strategy, which would determine future funding.

Relationships Aotearoa Incorporated, Report to the Board of Governance, PWC 2015