Rebecca Kitteridge is a worried woman.

Since Ms Kitteridge took on the job as director of the Security Intelligence Service 11 months ago, she tells Insight, the threat of a terrorist attack in New Zealand has risen.

Last year she reported the SIS had a watch-list of 30 to 40 people it was monitoring closely.

In typical spy speak she now says the people under watch has increased to the high end of that range, not the low end. Some are considering terrorist action in this country.

But Rebecca Kitteridge does not want to exaggerate the threat.

She says people can still go to the supermarket without worrying about the prospect of being caught up in a terrorist attack.

Ms Kitteridge says it is her job to worry so the public do not have to.

What mainly worries her is the influence of Islamic State, as it uses social media to reach out to disaffected people in the West to not just travel to Syria and Iraq to fight, but to also carry out attacks in their own countries.

"I think it's the first time that we've seen a terrorist organisation actively trying to recruit people to commit attacks internationally and that is the difference from what we see now to what we have seen before.

"So there is an active effort to recruit anybody who might be susceptible to this kind of propaganda to and to give them information on how to commit attacks too."

Islamic State uses a professionally designed and produced magazine Dabiq to get its message across. 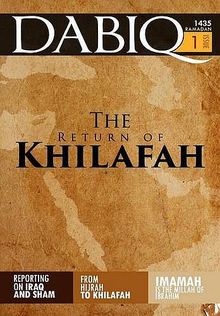 But how serious is the threat and is anyone in the Muslim community taking note of the propaganda?

Young Muslims say they are not aware of Islamic State's social media campaign getting any traction in New Zealand.

Tayyaba Khan is the chief executive of the Change Makers Refugees Forum in Wellington.

"I know for a fact that through my work and through the work that I do with different organisations within the Muslim community, we are not aware of any such social media interaction that can be seen as threatening or concerning," Ms Khan says.

"No, actually, I haven't seen anything."

Ms Daud says she has not heard anyone talking about Dabiq.

Both she and Ms Khan worry that the focus on Islamic State has made the Muslim community in New Zealand a target.

Ms Ketteridge says she has been very careful to avoid that.

"The fact that there is a very tiny group who might be categorised as Muslim... I think the most important thing to think about with these people is not what is their religion but what are they doing.

"What behaviours are they exhibiting that means that they may be a terrorist risk to this country?" she says.

Ms Khan says while the Muslim communities themselves are peaceful, there might be one or two individuals attracted by Islamic State's propaganda.

"We are extremely concerned about those who might be likely to be affected by this recruitment process and like I said I think we want to get involved because who better to get involved in changing things than the Muslim community themselves."

The SIS has been given greater powers to monitor people, particularly by being able to conduct urgent video surveillance before a warrant is issued.

Those changes were rushed through Parliament late last year, prompting widespread concern from Muslims who felt they were not consulted over powers they believe are directly aimed at them.

Ms Kitteridge says the new powers, plus extra money for the SIS to expand its activities, have helped.

But will those new powers and sending troops to Iraq make New Zealanders safer as they go about their daily business?

One security contractor, who wishes to remain anonymous, believes it is only a matter of time before there is a terrorist incident in this country.

He is appalled by security at public venues, particularly airports.

He says the main threat will come from a so-called lone wolf attack, not from some planned and coordinated terrorist plot.

No one can discount an incident of that nature, including Otago University lecturer Najibullah Lafraie, a former foreign minister for Afghanistan.

"That kind of incident, isolated but nonetheless affecting someone and then ISIS trying to find it and influence so that's possible. Hopefully that's not there but, as I said, we cannot rule it out."

But Professor Ramesh Thakur from the Australian National University says people have to keep the threat in perspective, and made reference to the 2008 terrorist attacks in India when 10 gunmen belonging to the Islamist  terror group, Lashker-e-Taiba, carried out a three-day rampage in Mumbai’s main railway station, five-star hotels and a cafe killing more than 160 people.

"Think of the attention that was given to the terrorist attack on Mumbai. Of course it was a serious incident. But, as I said, in terms of people who are killed on the roads in India and in India it is pedestrians and cyclists who are killed much more than people in the cars, or any other way you look at it, in terms of the real threats to people's safety and security terrorism should rank way down in the scale." 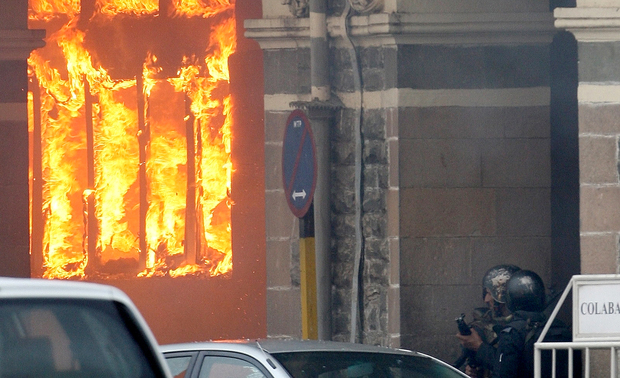 A fire blazes at the Taj Mahal Hotel on 29 November 2008 - one of several sites attacked that month in Mumbai. Photo: AFP

He says Western governments have exaggerated the threat of terrorism to justify giving their spy agencies stronger powers and to win public support for military intervention in the Middle East.

Ms Ketteridge says she has no interest in exaggerating the threat.

She says her job is to worry about the unthinkable so ordinary New Zealanders do not have to worry when they visit the shopping mall.