Doctors worry about rising demand for elective surgery and say many people are unable to get non-urgent surgery in public hospitals.

They have told Insight many face long waits or are digging deep and going private. 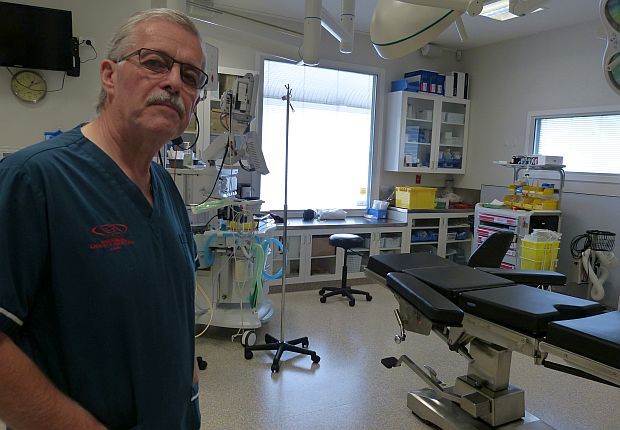 A Wellingtonian, who wishes to be known only as Gail, had a bone infection as a child and been told repeatedly by medical specialists that she would eventually need a hip replacement.

Things came to a head in 2013 when she was 56.  "The pain was particularly bad for a long time.  I couldn't sleep.  So I went to my GP who arranged for me to have an x-ray, another x-ray... She was quite matter of fact: You've got no cartilage left, you need a hip replacement." 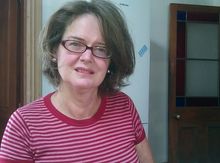 "Gail" had to battle to get on the waiting list for a hip replacement. Photo: RNZ / Karen Brown

Gail failed to make the threshold initially for surgery, and only got over it after she and her GP insisted the Capital and Coast DHB reconsider. Gail had her surgery late last year but the initial rejection came as a shock.

"I couldn't walk as a matter of fact. Going to the supermarket was difficult."

Patients seeking non-urgent surgery must have their GP referral for a First Specialist Assessment at a DHB accepted. At that hospital appointment they then must score highly enough to meet the treatment threshold and be placed on the waiting list for surgery.

Another Wellingtonian, Ismay Barwell, 67, was also turned down. Her solution was to get a bank loan and have her hip replacement done privately. "If you can't walk properly you're building up back problems for yourself, or knee problems or something else.  That was what I was wanting to prevent."

At the Canterbury Charity Hospital in Christchurch, a founder and general surgeon, Philip Bagshaw, says so-called unmet need for elective surgery is increasing.  "Unquestionably it's getting more.  We see more and more cases."  He says the amount of non-urgent surgery has increased by about 3 percent a year, but it is not keeping up with population growth and the extra demands of an older population. He says timely treatment is the best treatment and saves money in the long run. 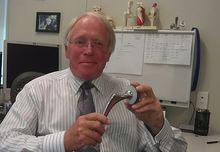 The Orthopaedic Association president, Wellington surgeon Brett Krause, says it's a worldwide problem, but better planning is needed.  "Our concern is what's going to happen in the next 10 to 15 years because as you know the population is ageing and arthritis is more common in older age groups, and that means we're probably going to have a lot more patients with arthritic hips and knees and shoulders and ankles and elbows."

A Canterbury orthopaedic surgeon, Gary Hooper, says the difficulty in gaining access to surgery affects some more than others. "If you've got a hip or knee which is osteoporosis then you've got a reasonable surety you're going to get that operation done in the public hospital in the forseeable future.  But if you've got a bunion or you have some other problem with your musculoskeletal system that requires surgery that's neither ACC not hip or knee arthritis, then they're the patients that are slipping through the framework at the moment."

Family doctors say it's frustrating for doctors and their patients.  The Medical Association chairman Mark Peterson says what they most want to see is how many patients cannot get a First Specialist Assessment at a hospital outpatients clinic, as well as those who are seen and assessed as needing surgery but then do not make it onto the waiting list.  "Once we have an idea of the exact numbers then we can actually do some planning to actually predict how we can deal with that in the future."

But others argue new ways are needed to better target the limited health dollar. A Wellington surgeon, Nigel Willis, says there is unmet need and better methods -- known as tools -- are needed to help surgeons make difficult decisions about who is most urgent.

"This is a whole new concept. It's not particularly familiar to most of us because historically we've just been able to do pretty much what we want to do when we want to do it.''

The government believes the system is delivering. Health Minister Jonathan Coleman says 44,000 more procedures have been done since 2008 when the National-led government took office, and considerable extra funding is going towards providing an extra 4000 procedures a year. As well, the Ministry will next year make available new data that will provide better information about what happens to all those referred by their GPs.