Insight for 9 November 2014 - An Outbreak of War Commemorations

What are we remembering about the Great War?

For the next four years, New Zealand and other Commonwealth countries are marking the centenary of the World War I.

With no one left with any personal memory of the events of 100 years ago, Insight looks at whether truth will become a casualty of the commemorations. 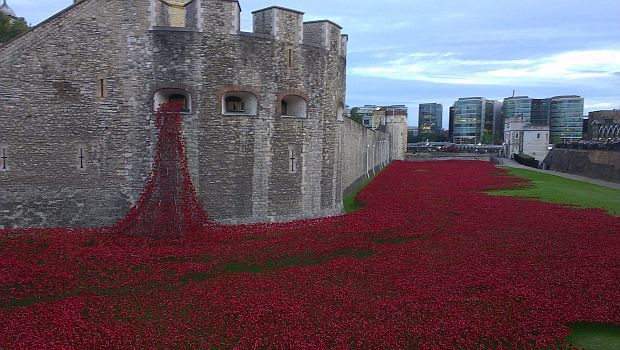 Each poppy at the Tower of London represents a British or Commonwealth solider who died in WW1 Photo: RNZ / Gael Woods

Was World War I commander Sir Douglas Haig really a butcher who cared nothing for his men?  Did men spend all their time living in trenches?  And why is this war remembered as a disastrous conflict, rather than as the military victory that it was?

The commemorations of the war inevitably prompted a greater interest in the events of 100 years ago.  In recent years, there have been more questions about the accuracy of general perceptions about how and why the war was fought.

Views of the war have tended to be something of a movable feast over the past century.

In his book, The Great War, Myth and Memory, author Dan Todman said the war with its mud and the slaughter of the trenches was often taken as the ultimate example of the futility of war.

"Yet this vision of the war is at best a partial one, the war only achieving its status as the worst of wars in the last 30 years."

Another British historian Richard Grayson agrees it is important that the century commemorations get the history right, saying that too often a view is put out which owes more to television comedy series Blackadder Goes Forth  than anything else.

"The problem is there is a truth to Blackadder; the horror of moments of battle, moments of death, the emotions that people went through are very vividly put forward.

"But, if it was taken in its entirety, it re-inforced the 'lions led by donkeys' school of thought.

"And people then think that men lived in trenches all the time, which they didn't. They were at the front line about one week every month in an infantry division. People also then don't know that the British Army got better in what was a very new kind of warfare.

"In fact, the army did learn as the war went on, officers did care about their men and, ultimately, Germany was militarily defeated."

He said it was also of concern how much credit was given to ill-informed views.

"For example, I was watching a BBC news channel in which a journalist was talking about the working class being killed and the officer class having given out orders. And people will accept that because it's somebody supposedly who knows something about it.

"The most dangerous place to be in the First World War was as a junior officer, the public schoolboys who served with a sense of honour and duty and who were the sons and sometimes the grandsons of those giving out orders.

"I just think it's hugely demeaning to those who served when you have inaccurate views of the past being put out like that," Professor Grayson said. 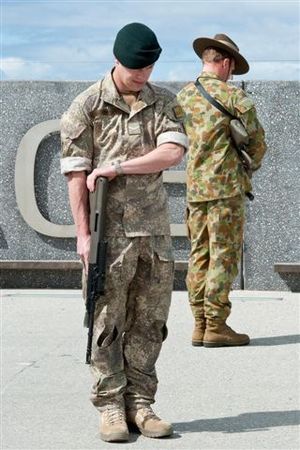 Troops on guard at the commemoration of the centenary of the first departure of Australian and New Zealand Troops for the First World War. Photo: Defence Force

An historian with the New Zealand Defence Force, John Crawford, is also keen that events of the war are represented accurately and acknowledges that the final series of the Blackadder programme has played a large part in establishing a particular idea about it.

"The problem with the Blackadder view is that it has just enough truth to have currency.  And of course it's a very funny programme!"

For all of that, Mr Crawford said while there would be a whole lot of people who couldn't locate Gallipoli, he was "constantly surprised at the number of people who know an awful lot about the war".

"And I hope that with the commemorations over the next four years the public's knowledge of the war will go up markedly."

Richard Grayson, who is also a professor of 20th century history at Goldsmiths University of London, welcomes a more informed view of the war - although he acknowledges that, for some, perceptions of the war remain fixed.

He points to the attitude of some towards the commander of the British expeditionary force from 1915 to the end of the war, Earl Haig. 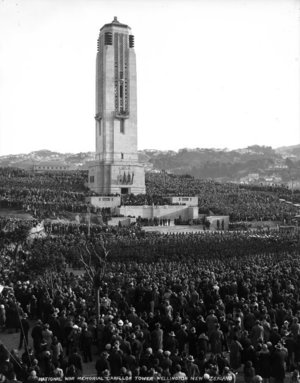 Professor Grayson said the popular image of the British generals of World War I was as a group of heartless artistocratic bunglers.

The truth, however, was much more complex.

"If you look at Haig's funeral in 1927, there were more people on the street that there were for Princess Diana's much, much later. That's quite a piece of compelling evidence."

"If crowds are any measure of national mourning, the British felt worse about losing Sir Douglas Haig than they did about losing Princess Diana."

For John Crawford there are many reasons, other than just getting the facts right,  to commemorate and to learn about the war.

"Straight off you have the fact that 18,000  dead New Zealanders, all the wounded and all the other people affected by that war."

"If you want to understand what it is to be a New Zealander in the 21st century, a good understanding of what happened 100 years ago is central to that." 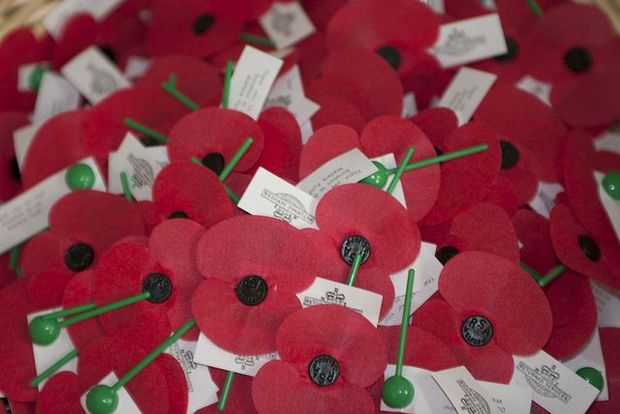 Poppies from inside the Hall of Memories, Wellington Photo: Manatu Taonga / Andy Palmer