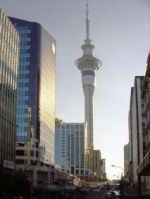 An Insight special programme looks at the local election results and discusses the outcome for Auckland and the rest of the country.

Hosted by Todd Niall the programme analyses the results and explores their significance with a panel of experts.

All eyes will be on who wins the Auckland mayoral race, but how has the rest of the country voted?

Has turn-out been higher than average?

Why do celebrities appeal so much to rate payers?

David Shand: A member of the Royal Commission on Auckland Governance. Chair of the 2007 Independent Inquiry into Local Government Rates established by the Minister of Local Government. Six years as a Wellington City Councillor in the 1970s.

Graeme Bush: An Honorary Research Fellow in the Political Studies Department at the University of Auckland, where for 30 years previously he lectured and wrote on local government. Author of two histories of the Auckland City Council.

Jean Drage: Lecturer in local government at the School of Social and Political Sciences, University of Canterbury.