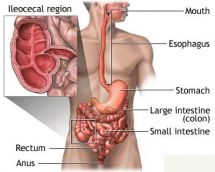 An estimated ten thousand New Zealanders are battling a disease that is devastating to many and largely hidden from society.

Inflammatory Bowel Disease - Crohn's and Ulcerative Colitis - are on the rise throughout the Western world, and New Zealand may have one of the highest incidences.

IBD strikes at a critical time of life, often in the teens, and again after 50 with symptoms most don't want to talk about, even to their closest friends.
Support groups are struggling and want greater recognition and more help. Doctors say access to the best drugs for those in serious need is variable around the country.