Second generation musical collaborators Name UL take Yadana Saw on a tour of their studio space and the songwriting process behind their debut album Choice(s).

Down a nondescript driveway on the main thoroughfare to Wellington’s South Coast is the creative epicentre of local hip hop wunderkind Name UL.

The duo comprise of MC Emanuel Psathas (Name UL)  and DJ Ben Murdoch (DJ Heist Beats), who are the second generation of musical collaborators in their families. Their fathers, classical composer John Psathas and former head of New Zealand School of Music, Euan Murdoch inadvertently paved the way for their sons to continue the sonic legacy.

“Our dads are really good friends and have been working together for a long time. Back when we were about 7 or 8 we used to have family fish and chip nights on Fridays, so I knew Emanuel from that,” says Ben, the DJ, photographer, marketing guy and best friend to Emanuel, which he hopes I don’t leave out as his core duties in the Name UL enterprise. 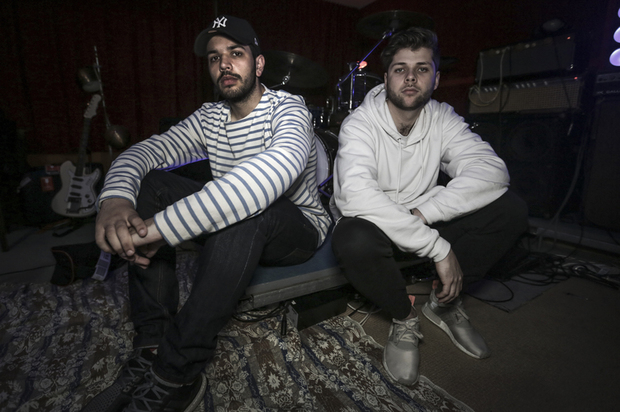 Gone are the Friday greasies. Instead, the duo have a shared roadmap on how they navigate their creative enterprise.

“We laid it out from the get-go that nothing was personal in the creative process...we say we aren’t shit” which is Emanuel’s core tenet for keeping their egos in check.

There is something seductive about an MC - particularly one as young, driven and charismatic as Emanuel, working a crowd with their rhymes and flow - as any footage of his live performance will show. But the process from words to stage is considerably stark. Emanuel describes it as a little sad, coming in at hours when the rest of his cohort would be in their own Welly State of Mind or tucked up in bed.

“Being here is a choice to leave your house or your bed,” he adds that there is nothing spectacular about his rap writing process, “I just grab a chair, put it in the middle of the room. Grab a notepad. Chuck on what I am writing to and just put it on loop”.

For Name UL, the rhymes are an expression of what he’s thinking about: relationships, binge drinking culture, and of course, Ben, who gets referenced all the time, mostly in their live sets. Though he would prefer that we decipher these shout-outs for ourselves.

At its essence hip hop, and rap in particular, is about staying true to the stories and observations of your streets and your life. For a couple of middle class Wellington kids the assumption is that there would be little more to discuss than parties, girls and Saturday nights; and though Name UL’s rhymes flow, thick and fast, on these subjects, there is also a pointed observation on the substance of the social motivations of his peers. Especially on the track Falling.

I ask Emanuel about the Welly State of Mind, which is an impassioned and critical observation about the youth binge drinking culture, which he sees as a peculiar problem to New Zealand and Australia that no one wants to admit or change.

He points to the carefully manicured social media streams amongst young people that present a filtered glow on life “it baffles me that so many young people hate their weeks...and then come Saturday ‘hey look at my life, I’m so happy. Check out my profile’...it’s just a big sham”.

For Name UL, the message is about showing that there is an alternative way to be “we’re not here to be cool...I’m saying take a moment to figure out how you wanna live”. 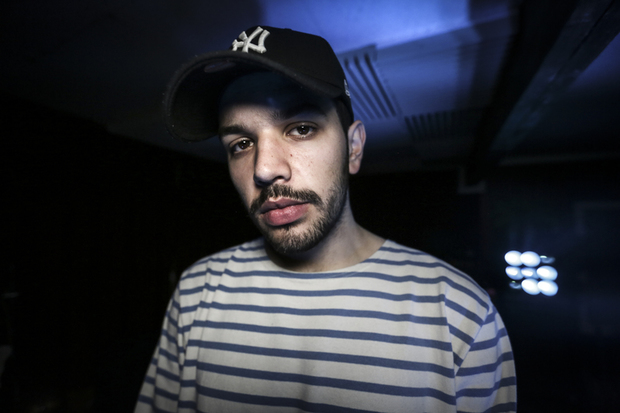 And it sounds like he’s figuring it out pretty well.