Ria Hall on her new album Rules of Engagement

Tauranga Moana musician Ria Hall has used her iwi history as a starting point for her debut album Rules Of Engagement. It’s being released a day before the first national day of commemoration of the New Zealand Wars.

Ria shows us around her tūrangawaewae, tells us the story of her tūpuna and, along with her friend and collaborator Tiki Taane, performs ‘Te Ahi Kai Pō’.

Ria takes us to the battle site at Te Ranga, where, in June 1864 the British Army took retaliation for the earlier battle at Gate Pā. Over a hundred Māori died here, some buried where they fell.

It’s an unassuming grassy meadow at the corner of Pyes Pa and Joyce roads, just south of Tauranga. The only clues to it being a battle site are two pou whenua. The one we sit under is holding a musket.

There’s a bird behaving strangely, tweeting and flapping madly in one spot mid-air as we set up to record Ria and Tiki’s wāiata.

The song, ‘Te Ahi Kai Pō’ (which translates to ‘the fire burning in the darkness’), is about Te Ranga, and has lyrics penned by Ria’s friend, Te Ori Paki. Ria says it’s about healing after war, and trying to find your beacon of hope in times of despair.

With a gently plucked acoustic guitar accompaniment from Tiki Taane, it evokes the peace and resolve they were aiming for.

Our recording session is the first time Ria and Tiki have played the song together. To be able to do it here at Te Ranga is pretty special for them. 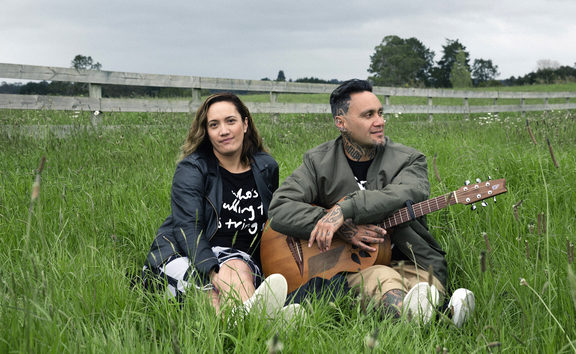 Local history has been a passion of Ria’s since her high school years. As part of a kapa haka group, she’d tell the stories of Tauranga iwi through wāiata and haka.

“Anything that talked about maintaining your mana, and the mana of your people.”

At 34, Ria’s a mana wahine you probably don’t want get on the wrong side of. She’d make a great lawyer or politician, but music is her taiaha of choice.

“It has the ability to reach so many people, so many parts of our community. I like to get messages of love and hope out there, and to challenge the status quo.”

After her first solo EP in 2012, she and fellow musician Riki Gooch (Trinity Roots, Orchestra of Spheres) talked about creating her follow-up album around a concept, and Ria’s mind immediately went to the stories she’d grown up hearing.

She wanted to revise the one-sided narrative she’d been taught in school about the pākeha arrival in Aotearoa. 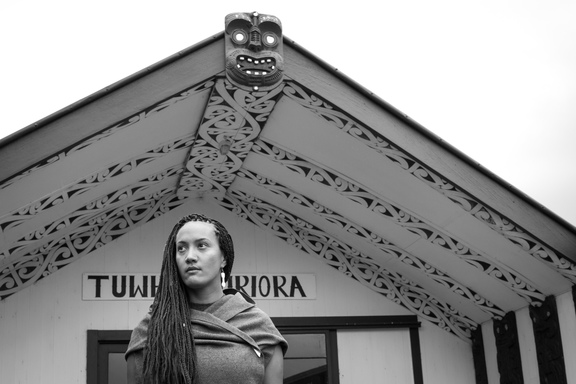 Also on our itinerary is Pukehinahina - Gate Pā. Standing here in this tree lined park, Ria Hall is clearly feeling the wairua of the site.

“I can’t even fathom how you would feel, knowing that there were people here that wanted to take away your livelihood, wanted to remove all you knew and grew up with and understood to be yours. To think that it was all going to be taken away from you, at the whim of a foreign queen.”

Māori won the battle of Gate Pā here in 1864, so it’s ironic, that the New Zealand flag, with its Union Jack in the corner, is flying on the flagpole today.

But there are stunning pou whenua, erected three years ago for the 150th commemorations of the battle, depicting its stories and central characters.

There’s Lieutenant General Sir Duncan Alexander Cameron, carved in the British Army uniform; Waitaha leader and prophet (poropiti) Hakaraia Māhika; and a post depicting the story of a young girl of Ngāi Tamarāwaho and Wairoa who rescued three wounded British soldiers by taking them on horseback to a hospital.

And there’s Hēnare Wiremu Taratoa - who wrote the ‘rules of engagement’, outlining how the battle should be conducted - with compassion and humanity. 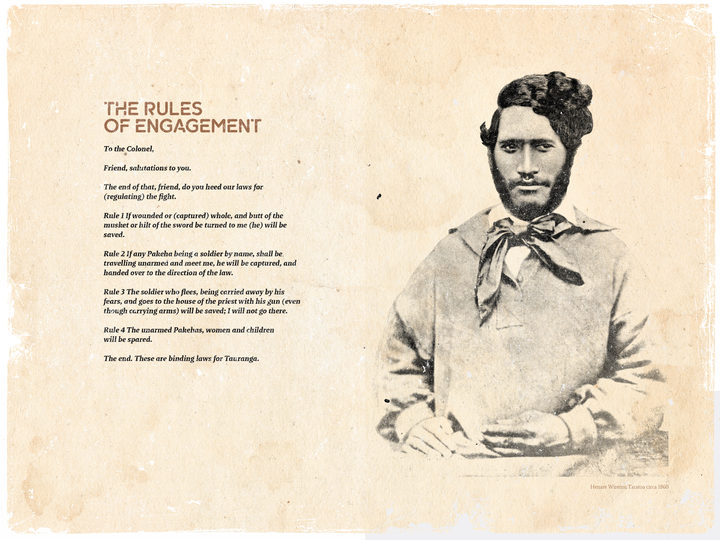 Ria Hall inside cover - The Rules Of Engagement Photo: supplied

Māori at Pukehinahina (Gate Pā) were outnumbered by around seven to one, but stealthy tactics and tricky trench mazes won them the battle. The British lost just over a hundred troops - Māori around 25.

Ria says Māori are sometimes accused of living in the past, but says, “We have to go back to move forward into the future, to understand who we are.”

“Personally, I would like to see that resolution spread throughout the nation. That want of absolution, for us to move forward, properly. Not just in a tokenistic fashion, to appease the Treaty, but actual desire, to really move forward together. In understanding and compassion.”

Tiki Taane (Ngāti Maniapoto) has helped to  finish ‘Rules Of Engagement’ with Ria, producing a few of the tracks and mixing the album. It’s been five years in the making.

While she started out co-writing with Electric Wire Hustle and Mara TK  in Wellington, she says she needed to go home to finish it, and serendipitously, Tiki also moved to the area at the same time.

There are also contributions from Laughton Kora, Kings, and a co-write on the single ‘Love Will Lead Us Home’ by Sam De Jong.

She’s used some archival recordings of her great-uncle, Turirangi Te Kani, recorded as oral history in 1968 - talking about those battles for Tauranga. She found the recordings at Moana radio, took it as a good sign, and felt it was important for his voice to be heard again.

Ria Hall is playing as part of the 2017 Tauranga Festival: