"The public can trust me. I'll stand on my track record for what I bring to this portfolio," says the National party's Dr Shane Reti who on Wednesday was given a new job and a new leader.

From number 17 on the party list, he was boosted to National's front bench, handed the Health portfolio and became the highest ranked Maori in the National Party caucus - all in one day.

"Enthused and excited,", are the words he used to describe how he felt to First Up, "We have a new captain to our ship and the whole team has swung around behind that captain. I'm excited to get into our work and keep moving."

But just one day into his new job, Reti's close colleague and former deputy leader Nikki Kaye officially announced she was quitting politics.

Kaye's retirement came as a surprise to Reti who described having a close working relationship with the Auckland Central MP.

"We do work together in parts of the education portfolio, I cover the tertiary part and Nikki covers the compulsory education sector so in the broad umbrella of education we work together. We have a close working relationship and I enjoy that."

Both Kaye and Adams announcements to retire have added to the aftermath of the covid-19 patient leak scandal - which took out party stalwart Michelle Boag and MP Hamish Walker, as it unfolded.

Reti said he was surprised and disappointed when it was revealed that the leak came from a National MP and former party president.

"As we look back we think, well that definitely could have been done better and you've seen actions taken," said Reti.

"We're moving forward," he says, pointing out that he had enjoyed learning under Woodhouse's guidance, describing him as "a good man."

"The public can trust me. I'll stand on my track record for what I bring to this portfolio." 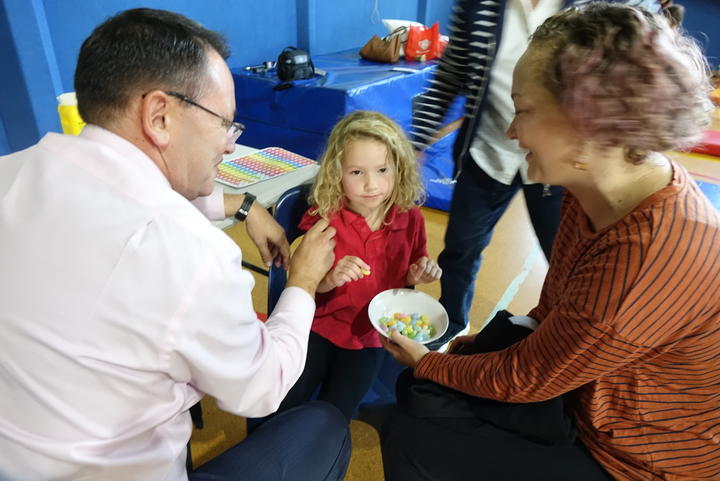 Reti's track record before politics includes working as a doctor in Whangarei for 16 years and then later as a senior lecturer at the University of Auckland. He's published award-winning studies in medical journals both here and abroad, completed his Masters and is also a registered chartered accountant.

His resume is long and includes serving on the Northland District Health Board for three terms and a secondment role to Harvard Medical School in the United States where he worked for several years.

In his 2014 Maiden speech Reti spoke about the institutional racism he had often faced throughout his career, despite his achievements.

But when questioned on the issue of National's diversity, Reti agreed with leader Judith Collins' statement who told Morning Report "looking representative isn't as important as being representative."

"We continue to believe in a meritocracy - that the merits and the work and skills that you can bring to a task are what New Zealanders want you to do," said Reti.

"What Judith is also saying is that we do recognise that the party, and in fact every party as far as possible, needs to look like they represent New Zealand. We get that. But it's actually more important that we do the job for you. And that's what we're focussed on - doing the job for New Zealanders."

On Deputy Leader Gerry Brownlee's recent comment to Midday Report that it was hard to balance diversity and competence, Reti agreed.

"Certainly you can get both. It is a fine balancing act where in the caucus one sits," said Reti.

"I think you'll find across the caucus, we have skills and a depth of talent and diversity that can fill a large number of roles. But yes it is a challenge actually, it's quite hard to align diversity with skill and then decide where to place them in your working order.

"That is a fine balance. Every leader will have that challenge."

As for being promoted to the party's front bench on the back of the Covid-19 leak scandal, Reti said it was about the right timing.

"I think one needs to learn your political craft to come to a position like this so that you're well formed with experience under your belt and that takes time and patience and I've been prepared to be patient."