Ihumātao standoff into its fourth day

Support for the protest at Ihumātao across the country - including families, kaumātua, rangatahi and musicians - is overwhelming, organisers say. 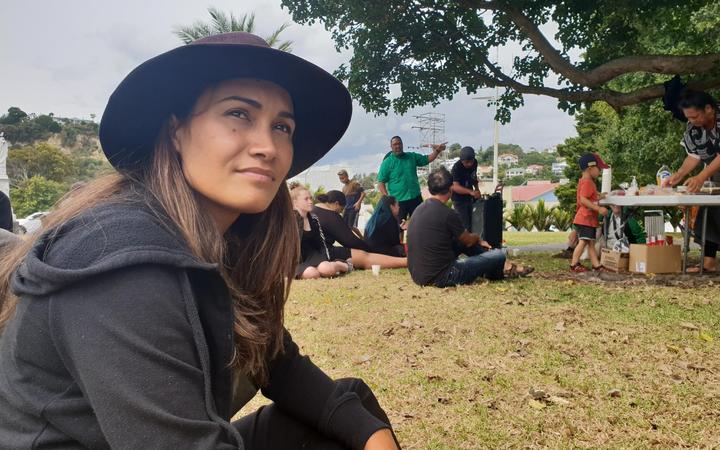 The five-year protest has been occupying the land near Auckland Airport after it was zoned as a Special Housing Area, but has been in a standoff with police for after officers arrived on Tuesday with kaumātua of local iwi and the kīngitanga to evict those occupying the land.

Several arrests were made last night of members of a breakaway protest group at nearby George Bolt Memorial Drive on the route to the airport after they linked arms to block all northbound lanes. One protester chained themselves to a van on the road.

About 100 officers are estimated to be facing now more than 300 people at the disputed site in Māngere as the number of people protesting a proposed development on wāhi tapu land swells.

Ihumātao is next to the Ōtuataua Stonefields Historic Reserve in Māngere, home to New Zealand's earliest market gardens and a significant archaeological site on land considered sacred by local hapū and iwi.

Pania Newton is one of those leading the protesters and told RNZ's First Up the support they were receiving had been overwhelming.

She said several musicians had visited and a concert was being planned at the site for tomorrow.

"On Saturday we're expecting to have concert whereby musicians from all around the country have made themselves available at no cost to support this campaign. Last night Stan Walker came through, we had a visit form Parris Goebel, Swidt came through, the Māori Sidesteps brothers came through ... JessB ... support has just been overwhelming."

"We have so much rangatahi down here, so many elders - kaumātua and kuia - who are on the front lines defending the land. So many tamariki here, families, people arriving from all over the country," she said.

"I'm feeling really proud of, firstly, tauiwi Māori who have showed up; secondly, our tauiwi solidarity groups, who have been solid and staunch and supportive to our campaign and the whenua for many many years now; and of course, those of influence who have come in.

"But it goes without saying that it's our marae and our whānau that have been the champions of this kaupapa."

Former Labour Party MP Joe Hawke, who led the occupation at Bastion Point, arrived yesterday to give support. Ms Newton said his family had been invaluable. 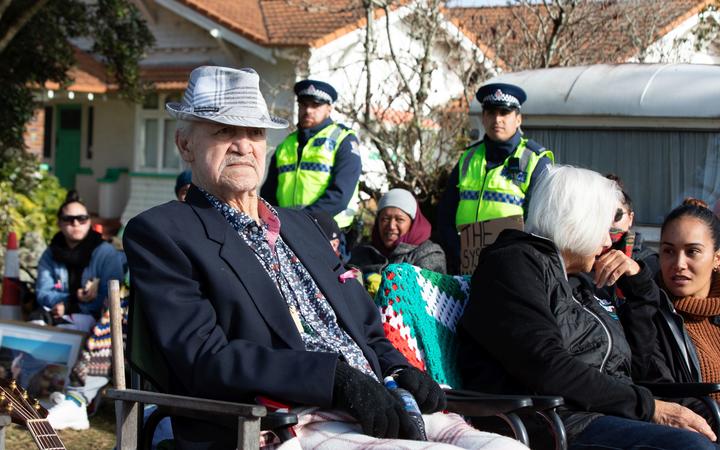 "Having Joe Hawke here, who visited us over three years ago and his wife Rene and their son Parata Hawke, and the whole whānau have been, you know, leaders for us and have been guiding us through this process because we've always looked to their leadership - and of course the leadership of Parihaka and having the support of Taranaki whānau has helped us get to this point.

"Me and my cousins who established this campaign in 2015 couldn't have gotten this far without them."

Police said they had been very pleased with the overall peaceful behaviour of protesters at the site.