A total solar eclipse has occurred, visible first to those near the new Dark Sky sanctuary of the Pitcairn Islands in the South Pacific. 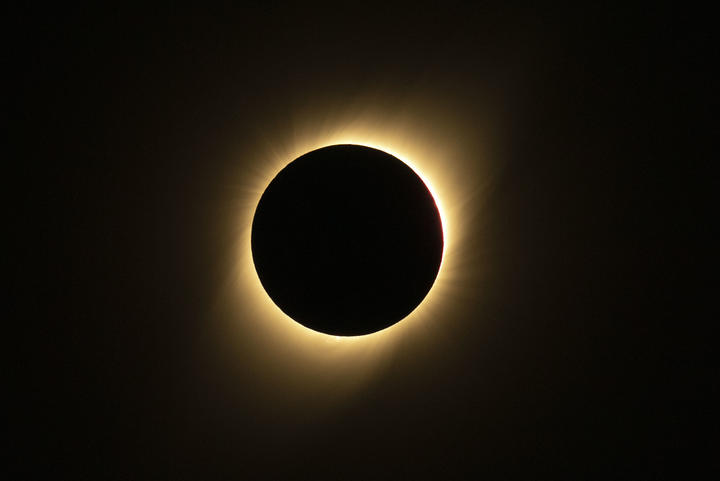 The eclipse was also seen by tens of thousands of people in South America including much of Argentina and Chile but was not visible from New Zealand.

It's the first time the moon's completely covered the sun in nearly two years.

Astronomers, scientists, journalists and eclipse chasers - known as umbraphiles - have descended on the area to witness the event, with many boarding special cruises.

One of them, Rhonda Coleman, was onboard the MS Paul Gaugin this morning ahead of the event and told First Up producer Lydia Batham she had seen eight total solar eclipses already, but loves to chase them.

"It's crazy, right, to go all around the world and chase this thing that only lasts for three minutes. I love all the phenomena in the sky that causes people to look up and feel like earthlings. 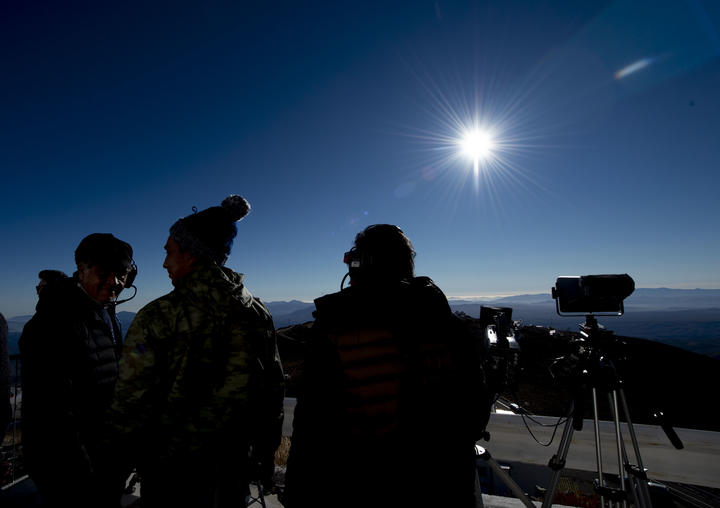 "It's a very unifying experience. We have one Sun and one Moon - only two discs in the sky that mean anything to us here on planet earth - and I think it is more than a coincidence that while one is 400 times larger ... [it is] 400 times further away, so the discs appear the same size in our sky.

She said they had to change course so they could see totality.

"We were outside of Pitcairn Island and unable to land there because of the conditions of the sea and the waves and so forth and the cloud cover where we were headed just would not budge - it's a very thick, dense band of clouds that were to the north.

"We made the decision to pull up the anchor and leave Pitcairn and sail in the complete other direction ... we are expecting pretty clear skies which is a good thing for all of us.

"We'll be able to see totality we're pretty sure." 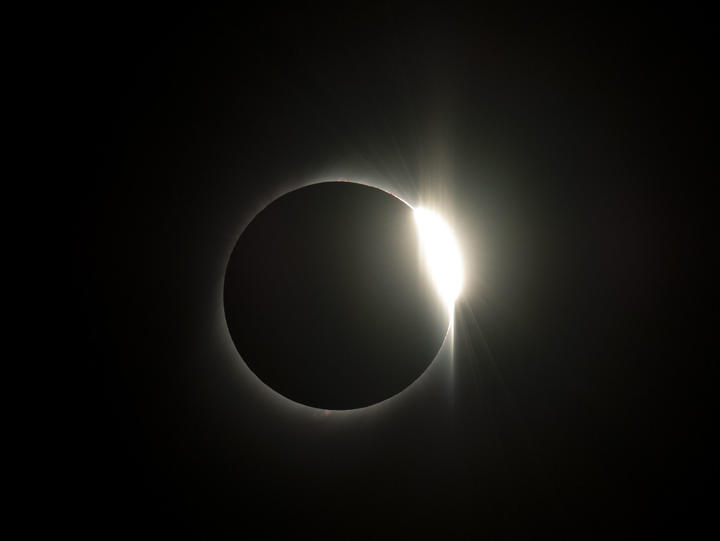 "I personally don't have a telescope or any photography equipment to set up but those who do - will be a rodeo up there.

She said while she normally used welders' glasses she'd had to pack light this time, so the tour company had provided some paper glasses. 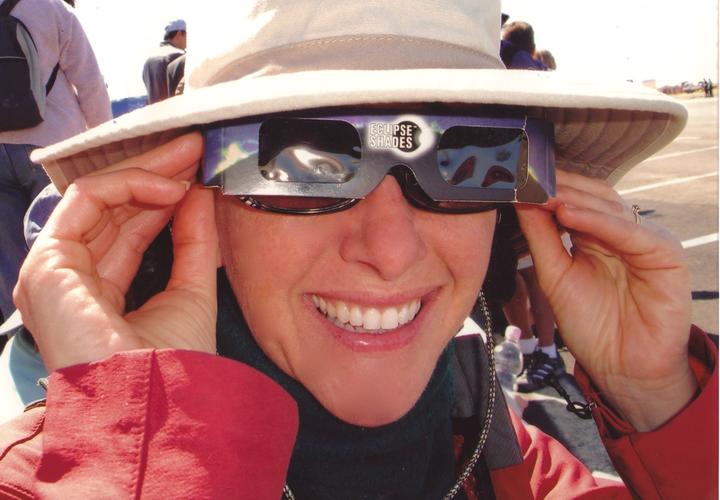 "Almost everybody here has multiple eclipse experiences under their belt ... people here, I meet them in the elevator and it's 'how many have you seen'.

"There's a man here who this will be his 25th eclipse."