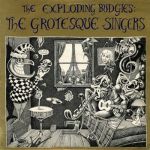 Before the Dunedin-based 3Ds laid waste to alternative music both at home and abroad, guitarist/vocalist/visionary David Mitchell played in two groups hailing from Auckland’s North Shore.

Firstly, David founded Exploding Budgies with Glenn Eisenhut and James Murray while at Northcote College; and then Goblin Mix, another Northcote College band who followed in the Budgies’ feather trail before Dave swooped in to join them. 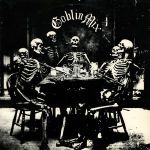 While neither of these bands gained the international recognition that greeted – and ultimately destroyed – the 3Ds, they both released breath-taking EPs on Flying Nun.

Importantly, Exploding Budgies and Goblin Mix had rather more to offer than being simple stepping stones on the trail to the 3Ds or being part of the musical DNA of American groups like Pavement and Yo La Tengo: they were impressive groups in their own right. (FINAL)

Produced by Troy Ferguson for 95bFM.