Cities of Tomorrow: a better life?

If you fail, fail quickly, and fail cheaply. 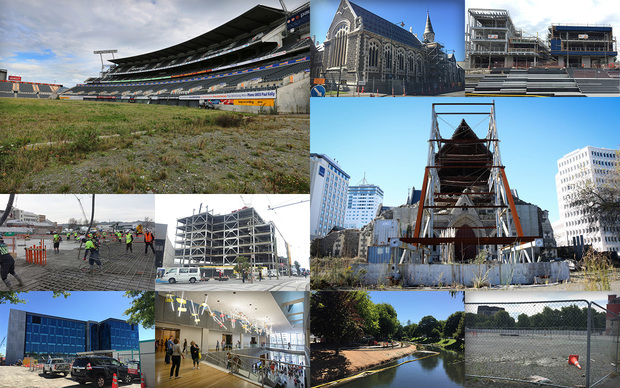 When she considers how innovation happens, urban planner Cécile Maisonneuve think it’s important for citizens and elected officials to learn to fail. This, she says, is not a common view in her native France, where there is less acceptance of the American idea that when you fail you learn something, giving you an opportunity to start anew.

By way of example, she cites the city of Boston “where they had set up this city council department called New Urban Mechanics. And they call themselves the Department of Failure.” However, this culture of acceptance was conditional on one thing: “As they say, ‘Fail quickly.’ It means you fail cheaply.”

Boston has applied this method to housing, with the aim of keeping middle-income families in the city’s downtown. Some families of this kind have been involved in the design process, spelling out what they expect from their housing. In undertaking this process, “the city put itself a bit more at risk,” she says, because it accepts that it may not have all the right answers – which is not the traditional culture of elected officials.

New Zealand architectural designer Barnaby Bennett cites an example of that more traditional culture at work in Christchurch in the years since the earthquakes. The Share an Idea movement was followed by a range of transitional projects such as Greening the Rubble and the Gap Filler. Bennett considers Share an Idea was more like the first step of what a more conventional process would be of a city council engaging its residents in design for the future. “Unfortunately,” he adds, “It was disconnected from the billion-dollar rebuild that the central government was doing.”

The central government agencies brought in to reshape the city “entirely” ignored this citizen-level activity, he says. And so he thinks it’s a good thing that now they’re gone: “CERA has disappeared. And five years on, the council is engaging with that stuff and Regenerate Christchurch seems to be taking these new processes very seriously.

He’s not too concerned with this hiatus. “Cities are always 10, 20, 30-year processes so what the government did for five years is a loss, but the city that people want it to be, is still within the grasp of Christchurch.” And he doesn’t think anyone is particularly to blame, as even the best-intentioned government has different priorities from those in any given region. He feels that there’s conflict inherent in even having a national minister in charge of a city, as “his job is to look after the country. It’s almost a secondary thing to do what’s best for Christchurch.”

Developer Mark Todd views the Auckland situation more positively. He thinks that a much more sophisticated relationship has developed recently between the three stakeholders who build cities – the council, the public, and the development community. This latter group has, he says, behaved poorly for about two decades in Auckland, particularly when it comes to medium and high-density. He’s particularly critical of what he calls a spreadsheet approach to development, suggesting that developers “have been content to just do whatever’s best to give them the biggest number in the bottom right-hand corner of the balance sheet.”

Describing the previous culture of city-building as being quite immature, he senses now “a real change in the air. The country is maturing. We’ve all been overseas and have seen cities that are best practice and we want that in our communities.”

Barnaby Bennett is a publisher and co-founder of Freerange Press. He is an award-winning designer, and is currently completing a PhD examining the relationship between public life and temporary architecture in post-quake Christchurch. Barnaby has been widely published and teaches architectural theory and design at universities in Australia and New Zealand.

Cécile Maisonneuve is President of La Fabrique de la Cité, and Senior Advisor at the Centre for Energy at the French Institute for International Relations. From 2007 to 2012, she held several positions in the AREVA group, dedicated to international prospective and public affairs. Having begun her career in 1997 in the French National Assembly as a civil servant, she worked for the Defense, the Law and the Foreign Affairs Committees. A graduate of the Ecole Normale Supérieure, the Paris Institute of Political studies, and the Sorbonne Paris IV-University in history, she has collaboration over many years with French and international think tanks. She is the author of several research papers on energy, and of a biography of Benjamin Franklin (2008). A former participant in the International Visitor Leadership Program (IVLP) of the U.S. Department of State, she is a member of Vox Femina, an association promoting women’s empowerment as experts in media.

Marie-Anne Gobert is Senior Advisor, Smart and Sustainable City, for the Greater Lyon Metropolis. She graduated from École Centrale de Lyon, where she studied Energy and General Engineering, and from the University Paris Dauphine where she studied International Relationships. She entered EDF, the National Electricity Company, in 1998, where she worked in the International Strategy Division (UK, Germany, Spain, Italy and Scandinavian Countries). Then she was a Project Manager in charge of the strategy of the distribution of electricity, in close link with local authorities. In 2006, she entered the Chamber of Commerce and Industry of Marseilles, as an advisor in charge of the strategy of the Metropolitan Area: how to gather local authorities to create a more attractive and economically powerful territory around Marseille.

The support of the Institut Francais and the Word Christchurch Writers and Readers Festival is acknowledged.