A green city doesn't have to be green 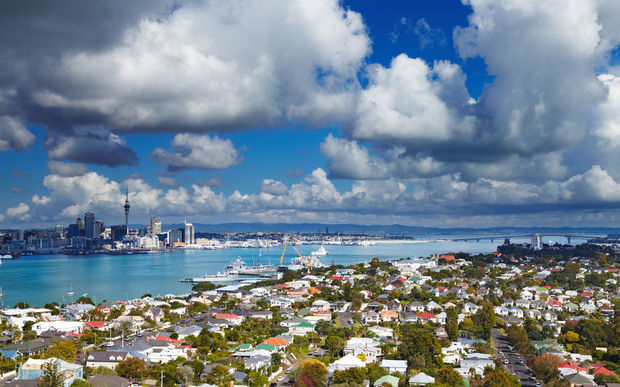 The traditional image of a green city being full of leafy suburbs is quite wrong, according to Cécile Maisonneuve, President of the French organisation La Fabrique de la Cité. In fact, today, she says, “you’d better be a dweller in downtown Manhattan than live in beautiful suburbs where there is a lot of green.

The fact is, less than 30% of New Yorkers are using their car to commute, while 86% of Americans do so.” It’s the same, she adds, in Paris where more than 60% of locals don’t own a car.

Because it’s better to live in cities, she suggests, the fact that the rate of urbanisation is increasing China and India is very good news, because its inhabitants will consume less energy than they would had they remained in rural areas or in smaller cities.

According to Blaise Desbordes, Smart Cities project manager of Caisse des Dépôts group, greening an existing city depends on changing the environmentally unsustainable behaviour of its residents. But how to do this? “There are maybe two options,” he explains. You can wait for people to modify their habits, or put in the new green infrastructure which will allow and even encourage that change to occur.

He cites an example in Lyon, the second-largest city in France. There, what he considers a very innovative system of free biking has been set up to achieve exactly that result. Thousands and thousands of bikes are now available for people to use freely. “Before, people were just thinking of taking a bike,” he says, and now they can. The experiment has been such a huge success that Paris has also followed suit.

He agrees with Kim Hill when she asks him “So what you’re saying is that you can’t wait for people to demand something?” In fact, he describes the approach needed as that of a sociologist. He feels that political, strategic and economic factors must be brought to bear on changing how people behave every day. “And they will change,” he concludes. “Because every day when you are coming out of your home, you are just choosing options – looking around and saying which option today.”

The process is not left entirely to chance. Opening up new options means closing down others, or making them more difficult. So in addition to making bikes freely available, disincentives were also put in place to dissuade Parisians from using cars. He feels that tax policies are really key, adding “In Paris they’re using them massively.”

So how does urban change happen in New Zealand? According to Professor Philippa Howden-Chapman, Director of the New Zealand Centre for Sustainable Cities, a recent research project has found that many people would live in smaller accommodation in the city if they had good transport and access to green spaces. However, they also say they find very few examples of this kind at hand in this country.

What, then, for the future of cars in a society which is very much focused on their ownership and use? To Ralph Sims, Professor of Sustainable Energy at Massey University, the Parisian example of rentable electric cars is a model for the future. “There’s at least a thousand of them,” he says. “Community owned. Just parked there ready for anybody to use.” And as 70% of electricity in France is nuclear-generated, “it’s low-carbon electricity.”

He posits a future in which four-wheel drives are no longer used for only one person to go to work, or even to do their shopping, because they will have been replaced by “little commuter cars buzzing around. Electric. If you want to take your family on holiday, you’ll rent a community-owned car for two weeks or whatever it might be. It’s already happening. Car-sharing is very popular in many areas of the world. When my grandchildren are my age, they’ll laugh at the fact that people used to own a car.”

Blaise Desbordes is Smart Cities project manager of Caisse des Dépôts group. A graduate in political sciences and territorial planning, Blaise Desbordes has worked in several ministerial cabinets (Environment, Development), and has been Head of Sustainability of the French public financial institution la Caisse des Dépôts. He developed sustainable city programs in France, as well as responsible property actions on behalf of United Nations Environmental Program (Finance Initiative). As a senior advisor, he has been part of the French COP21 Climate conference team in 2015 (cities and non-state actors’ mobilisation, Nazca platform).

Professor Philippa Howden-Chapman is a professor of public health at the University of Otago, Wellington, New Zealand, where she teaches public policy. She is director of He Kainga Oranga/ Housing and Health Research Programme and the New Zealand Centre for Sustainable Cities. She has conducted a number of community trials in partnership with local communities and sector agencies to provide an evidence base to inform housing, active transport infrastructure, health and energy policy. She has a strong interest in reducing inequalities in health and has published widely in this area, receiving a number of awards for her work including the Queens Service Order, the Liley Medal and the Dame Joan Metge Medal. She is a fellow of the Royal Society of New Zealand. In 2014, she and the He Kainga Oranga team were awarded the Prime Minister’s Science Prize. She was a member of the Children’s Commissioner’s Expert Advisory Group on Solutions to Child Poverty and is currently the chair of the WHO Housing and Health International Guideline Development Group.

Cécile Maisonneuve is President of La Fabrique de la Cité, and Senior Advisor at the Centre for Energy at the French Institute for International Relations. From 2007 to 2012, she held several positions in the AREVA group, dedicated to international prospective and public affairs. Having begun her career in 1997 in the French National Assembly as a civil servant, she worked for the Defense, the Law and the Foreign Affairs Committees. A graduate of the Ecole Normale Supérieure, the Paris Institute of Political studies, and the Sorbonne Paris IV-University in history, she has collaboration over many years with French and international think tanks. She is the author of several research papers on energy, and of a biography of Benjamin Franklin (2008). A former participant in the International Visitor Leadership Program (IVLP) of the U.S. Department of State, she is a member of Vox Femina, an association promoting women’s empowerment as experts in media.

Ralph Sims is Professor of Sustainable Energy at Massey University where he has researched renewable energy and climate change mitigation for several decades. He chaired the Royal Society panel for the recent study “Transition to a Low-Carbon Economy for New Zealand” and has been a co-ordinating lead author for chapters on Energy Supply, Renewable Energy Integration, and Transport in three assessment reports by the Intergovernmental Panel on Climate Change (IPCC). He was Senior Researcher at the International Energy Agency – his last report in 2010 for that organisation was entitled “Cities, Towns and Renewable Energy – YIMFY (Yes In My Front Yard).” He is on the Scientific and Technical Advisory Panel for the Global Environment Facility, involved with developing strategies and indicators for a new US$150 million pilot project supporting 23 cities in eleven developing countries to become more sustainable.