The Minister of Transport went against Treasury advice by announcing a $6.4b transport plan for Wellington before the full costs and benefits are known, a Cabinet paper shows.

The government - alongside the city and regional councils - this morning unveiled the $6.4 billion transport plan for the capital to be rolled out over the next two decades.

The government will put in 60 percent of the funding and Wellington's councils will pay the rest.

The proposal includes an extra tunnel through Mt Victoria to the airport and rapid transit from the airport to the city - although the mode and route haven't been decided.

Treasury warned that going public would raise expectations before the costs and benefits of the package are confirmed. It was also concerned that the long-term funding of rapid transit through a 50-year loan has not been tested.

Another major risk identified was that if local or central government could not come up with their share of the cost, the plan would need to be stripped back.

Transport Minister Phil Twyford said in a statement that the government had decided to endorse the package because Wellingtonians had waited for decades for transport investment.

He said that officials had done a lot of work on the cost implications and would report back to Cabinet in due course.

At the announcement earlier, Mr Twyford said Wellington risked grinding to a halt without the billions of dollars being invested in its transport infrastructure.

He said building more motorways will not solve traffic congestion and this package would create an integrated rapid mass transit system, as well as a safe walking and cycling network.

"Unfortunately we can't do everything at once but my expectation is that congestion busting projects like rapid transit will be prioritised over motorway projects like an extra Mt Victoria tunnel."

He said the changes would make it easier to ditch the car.

"I will continue to oppose [it] vigorously, but I'm very heartened to hear from the Minister today that mass transit is being prioritised over [the tunnel]," she said.

Wellington mayor Justin Lester said they were considering levies and targeted rates for properties along the mass transit route where property values were expected to rise significantly.

An extra 1 to 1.3 percent general rates increase each year for 12 years would also be proposed, Mr Lester said.

However, National MP for Ōhāriu in Wellington's suburbs Brett Hudson said residents had "reason to be disheartened".

"After more than 500 days of talk, the government has delivered many of the transport solutions that were proposed years ago under National, but has pushed out the delivery timeframe by 30 years and demanded Wellingtonians stump up to pay for it," he wrote in a statement.

"The Transport Minister has a proven record of big talk followed by non-delivery. There are no guarantees he will actually deliver what is promised, and release the congestion handbrake that's frustrating Wellingtonians. 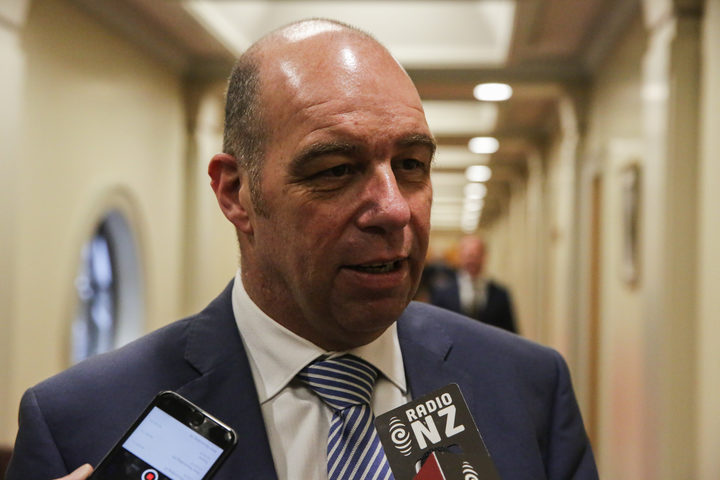 He said the biggest concern was the fact the councils would pay 40 percent of the costs.

"After the prime minister ruled out more regional fuel taxes, Phil Twyford has tried to pull the wool over people's eyes by announcing a $2.56b regional transport tax disguised as increased rates and charges.

"This just shows the problems the government's transport priorities are causing.

"They have taken $5b worth of taxes paid by road users out of the highway budget to spend on pet projects like light rail in Auckland, and now they've got nothing left for roading projects."

The initial City Rail Link project for Auckland's underground was initially announced by the previous National government in 2016, with half the funding provided by Auckland Council.

However, costs have since ballooned out to $4.4b, while construction and delays have been causing problems for businesses in the city.