Gisborne area prepares for another deluge

Strong gusts of wind are starting to batter the East Coast as residents prepare for a stormy night.

MetService reported wind speeds at Hicks Bay, near the eastern most point of the North Island, had already reached 83km/h. Wind gusts strong enough to damage trees and powerlines are expected.

MetService said the weather was likely to deteriorate from about 4pm.

RNZ reporter Anusha Bradley was there this evening and said it was wet and miserable, and the expected rainfall was worrying the council.

She said it had issued a warning and provided sandbags for shops in the area.

They were also considering evacuation plans in case that was needed but had not made a specific decision about that yet, she said. 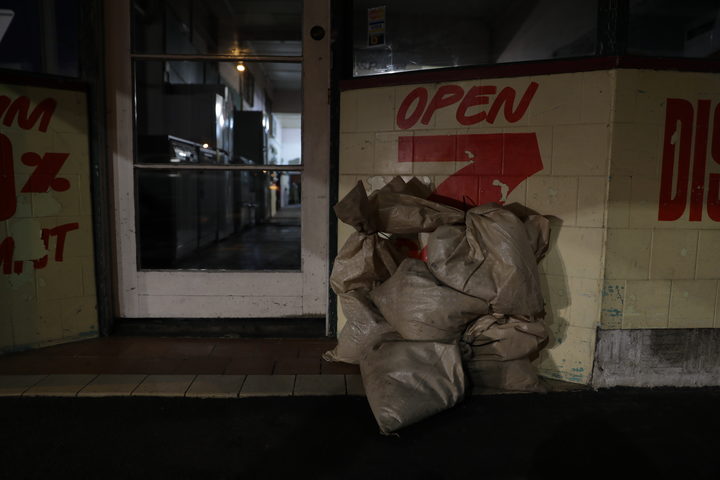 Sandbags are being prepared at Gladstone Road ahead of what is expected to be another wet night for the region and North Island. Photo: RNZ / Rebekah Parsons-King

A heavy rain warning was in place for Gisborne, Hawke's Bay and the Kaikōura Ranges, with more than 200mm of rain expected in these areas.

Torrential rain last week shut down 61 bridges, and dumped around 1,000,000 tonnes of logging debris over properties, roads and in the Tolaga Bay harbour.