A woman who climbed onto her roof after her house flooded says logs and water were smashing through the windows. 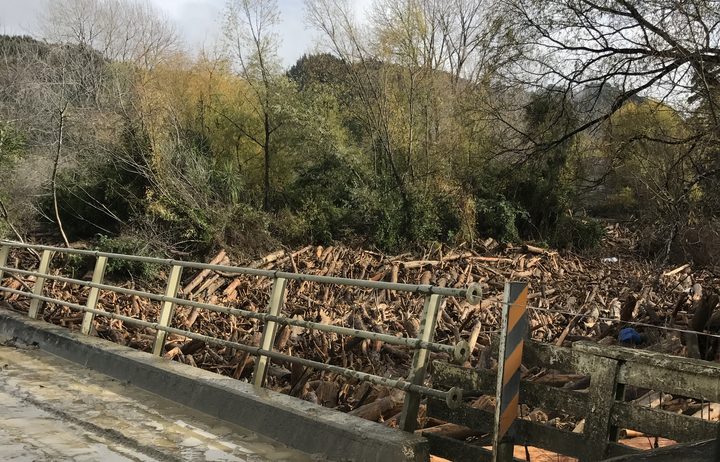 Flooding and debris on the road near Tolaga Bay. Photo: Supplied.

Torrential rain slammed Tolaga Bay north of Gisborne overnight and the woman, her partner and their four-year-old grand-daughter had to be airlifted off their house this morning.

The woman, who RNZ has agreed not to name, said the water inside was shoulder height and they could not open their doors because of debris build up.

"Around 3.30 in the morning we woke up and could hear the sound of water flapping as it came into the house.

"There was water and silt everywhere, we couldn't open the doors, it was dark... it was so scary." 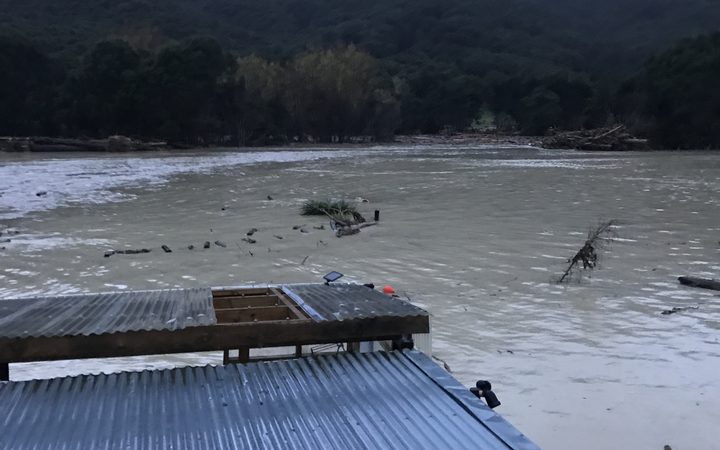 The Uawa river in flood at Tolaga Bay. Photo: Supplied.

She said at around 4am it got worse.

"The rain just wouldn't let up, and we could hear rumbling. Then the wood and debris just started cracking and coming through our windows."

"Luckily my partner was able to break through the clearlite above our deck so I climbed up through the hole onto the roof and then pulled my moko up."

She said around 7am, once morning light came, they could see the extent of the devastation.

"The woolshed has been washed away, the boat's just in the middle of the paddock and just silt and water flowing down from the hills with just big huge logs and that, just everywhere."

"Our house is just planted with a river just flowing all around us, there's a power pole down and everything is gone, but we're safe and we're good and that's all that matters."

She said she had just enough time to grab a small bag with warm clothes for her granddaughter, towels and their driver's licence.

"But nothing else... when it's a flash massive flood like that you've just gotta go."

She said her partner had previously put up stopbanks in case of flooding, but they were no match for the rain.

Their home, vehicles and contents are insured.

The three have managed to find shelter at another family member's house.

Twenty families in the region are tonight unable to return home, and are spending the night with relatives and about 30 properties are still without power. 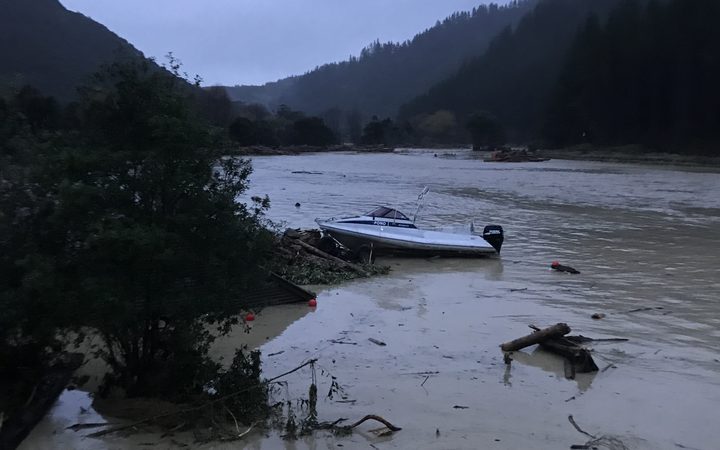