The new government will likely scrap current plans to send a robot into the Pike River mine, as it presses ahead with manned re-entry.

The previous National-led government had said getting people into the mine was too dangerous, but the new minister responsible for re-entry now says it is entirely possible. 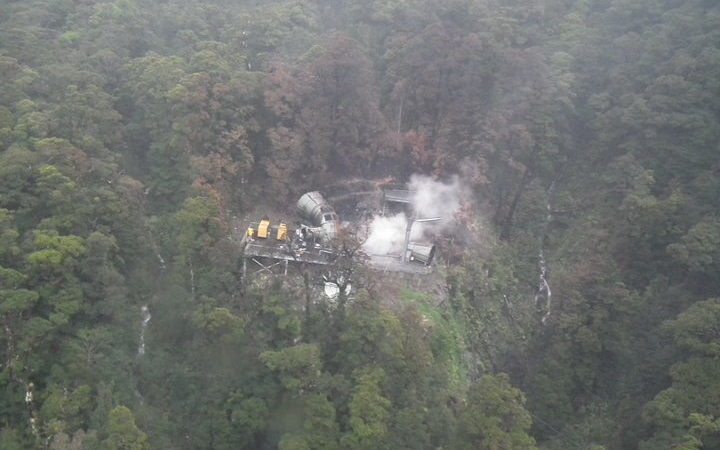 Not only is Andrew Little hoping to get manned entry by next April, but it's likely he will direct Solid Energy, which owns Pike River, to halt work on entering the mine using a remote controlled vehicle, which was due to be sent in by Christmas.

"I'm surprised to learn that the unmanned re-entry project is actually about developing some technology that hasn't been developed or tried before," Mr Little said.

"Given how long this has been going on for [and] given the demands for the families, I'm not sure they should be the subject of an experiment anymore.

"I think they deserve a better project if you like, and greater certainty than what is being offered."

All the work done up until this point would also need to be revised, Mr Little said.

He said he would receive more briefings on existing risk assessment reports this week, as well as talk to the families before making a final decision on whether to continue with Solid Energy's robot plan.

It's been nearly seven years since an explosion ripped through the Pike River Mine killing 29 men.

Anna Osborne, who lost her husband Milton in the disaster, said it had been exhausting fighting the previous National government.

"We've just got so many unanswered questions, and is it really that hard to give the families the truth?" she asked.

"It's actually nice to be on the same side as the government now and we can make huge progress and put smiles on our faces."

She is pleased to hear all resources would be channelled into getting people into the mine.

"We've had quite a few robot attempts down the drift already and they've all failed miserably, so let's put the money into actually doing a manned re-entry into the drift rather than using more resources on a robot that can't actually retrieve anything, all they can do is take images."

However former minister in charge of Pike River Nick Smith said it would be beneficial to follow through with the current plans.

"Even if the new government wants to try and proceed with manned entry, then getting extra information from the latest technology would seem a sensible thing still to do, particularly given the amount of public money that has already gone into developing the plans."