Is justice really blind in one of NZ's busiest courts? 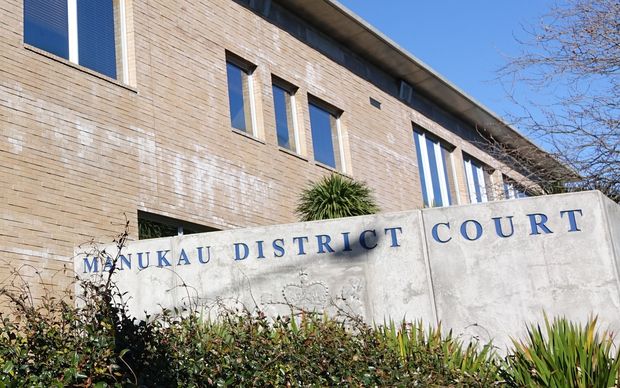 Just another day in the Manukau District Court: RNZ reporter Edward Gay went along to hear a day's worth of cases. Photo: RNZ / Kim Baker Wilson

There were no professional rugby players or sons of wine magnates in Court Room Five at the Manukau District Court on Wednesday morning.

And no one was discharged without conviction either when Checkpoint went along to one of the country's busiest courts one day this week.

Judge Sharon McAuslan oversaw a steady stream of cases including aggravated robbery, fraud, grievous bodily harm and a biting episode - cases that are heard around the country every day. 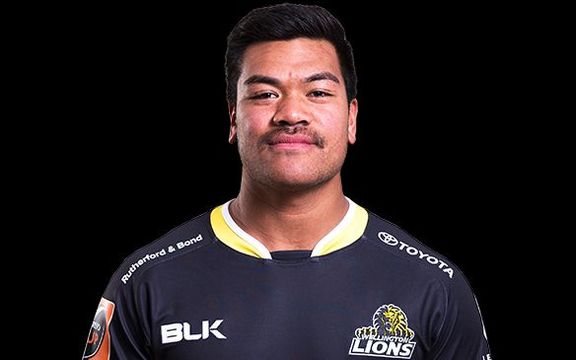 Wellington rugby rep Losi Filipo was discharged after his lawyer argued a conviction could damage his career. Photo: Wellington Lions

Discharge without conviction numbers nationwide have dropped by more than 40 percent in the last five years to 1872 last year, and there were none handed out in that court room that morning.

Mark Antoni Richard Maki was up on a raft of charges - from supplying cannabis to the burglary of a shoe shop. Maki also cut off his electronic monitoring bracelet while on bail.

His lawyer, William McNiccol, described the 20-year-old's history as unenviable but Mr McNiccol said Maki wanted to break the cycle of crime and change his life. He also had a job waiting for him once he got out of prison.

"He does have major health issues but, of course, the court will be wondering why a young man with, as they might say, a dicky ticker, is running around selling drugs," Mr McNiccol said.

The judge said Maki had a history of selling cannabis. She said she couldn't order reparation for the $5400 damage to the shop door or the $1500 monitoring bracelet because Maki had no money.

She took time off for his early guilty pleas and sentenced him to 22 and a half months in prison.

Joseph Kaine Wynyard's case was called next. Crown lawyers and two defence lawyers appeared in court but Mr Wynyard himself was a no-show.

Judge McAuslan expressed some frustration after spending hours reading up on his case. A warrant was issued for Mr Wynyard's arrest and the court moved on.

Crown prosecutor Kima Tuialii has described Retimana Hapoka's offending as "senseless, mindless violence". Hapoka ran up behind the victim, punched him, dragged him across a carpark and stomped on his head and body.

"I'd like to bring the court's attention to the severe injuries that were suffered by the victim. He was hospitalised, there were seven fractures to his skull and face. He required surgery and screws were inserted into his femur."

Twenty-one-year old Hapoka pleaded guilty to wounding with intent to cause grievous bodily harm. His lawyer, Mane Allen, described the attack as a "stupid error of judgement" made under the influence of alcohol and party pills.

She pointed out Hapoka's young age and that he'd engaged in treatment for drug and alcohol abuse. He also accepted full responsibility for what he'd done.

Judge McAuslan took time off for Hapoka's early guilty plea and a slight reduction for his youth. She sentenced him to four years in prison and gave him a first strike warning.

Heath Hamilton appeared on the day before his 36th birthday. He pleaded guilty to 26 charges including obtaining by deception, receiving stolen property and theft.

Hamilton received clothing and purchase-order books stolen from engineering firms. He then visited Bunnings stores, passed himself off as a construction worker and bought thousands of dollars worth of power tools.

The offending was fueled by a gambling addiction.

"Within a short period of time, you told probation, you had spent $15,000 on your credit card and you were addicted to gambling even more. So you were buying and selling stolen goods as a way to support your addiction."

Hamilton received discounts for his early guilty pleas and taking part in a restorative justice conference with one of his victims.

He was jailed for two years and three months.

There were no cameras and no journalists that day because there was no one famous in Court Room Five. There was one half-hearted bid for name suppression which was quickly knocked back by the judge.

The morning session ended not in a flash of TV cameras vying for interviews, but with Judge McAuslan and lawyers picking up their papers and leaving the courtroom for lunch - just another day in the Manukau District Court.