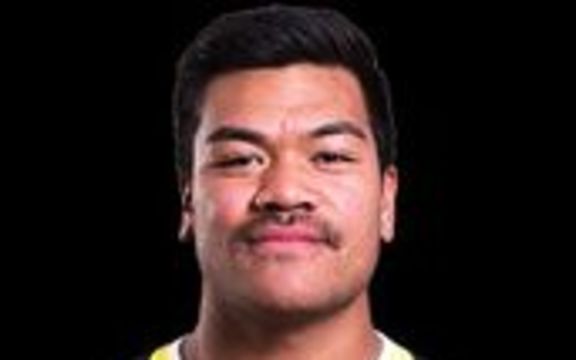 Remorse is more than just a word. Anyone can say they're remorseful, as Losi Filipo has this week.

Filipo was recently discharged without conviction after assaulting two men and two women in central Wellington last October. His contract with Wellington Rugby was terminated this week.

Filipo expressed his remorse in a statement this week, which it is fair to assume was written with the help of Wellington Rugby or New Zealand Rugby's spin doctors.

Donald Trump could have said he was remorseful about his description of women, but it wouldn't have meant a lot, would it?

You have to show and prove remorse - if it's genuine - and that's the stage where Filipo is now.

His victims have - understandably - opted not to take part in the restorative justice process and, like so many others this week, appear to have lost faith in the judicial system after Filipo's brutal attack was met with the court's version of a wagging finger and a "don't do it again".

Their lives have been altered dramatically.

The court has given Filipo a second chance - a luxury he did not afford his victims.

The police have sought leave to appeal the decision to discharge him without a conviction, so things may change. But right now it's up to him.

It's up to this young, vilified man to repay the belief Judge Bruce Davidson has in him to turn his life around.

It was his first strike and the New Zealand system does offer better deals when that's the case and it will continue to. Not just for rugby players or the "privileged few" either.

Filipo and both the Wellington and New Zealand rugby unions are well in the red in terms of public credibility.

Filipo may never get out of it, but that's not to say he shouldn't try.

He can either head offshore - something he would have struggled to do with a conviction - and try and forge a career without the hangover of this around his neck, or he can push on here and dedicate his life to putting it right.

The tougher - but more remorse-proving - option is the latter.

He can still make a living and change his and his family's lives through rugby and he should do that.

But his victim, Greg Morgan, doesn't have that option. He was also a promising rugby player, and did have concussion issues before the attack, but he's been told he may never play rugby again.

Once - and only if - Morgan is ready, Filipo should make contact and put his remorse into action.

The pair could create a trust with the beneficiaries of Mr Morgan's choosing, where a percentage of any money made by Filipo through rugby could filter. Maybe some of it should go to Mr Morgan and the other victims. 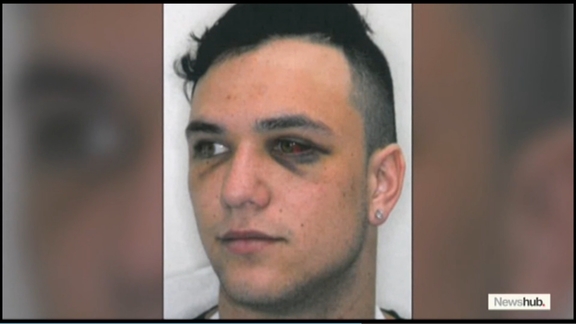 A screenshot from Newshub, showing a police photo of injuries sustained by one of Losi Filipo's four victims. Photo: screenshot

Money doesn't fix everything or heal emotional scars, but it's that sort of action that will prove Filipo understands the gravity of what he did and its consequences and cares about putting it right. That's remorse.

At the moment you could still argue he's more remorseful over the backlash and media and public outrage than what he did.

As for the rugby unions, their jobs are far from finished. If they're as serious about producing good humans as good rugby players - as they claim - they owe it to Filipo to support him every step of the way.

There is a long line (way too long) of high profile rugby players who have been through the courts and it would be surprising if a player like All Black Julian Savea - who was charged with assaulting his partner before the charge was withdrawn after Savea completed police diversion - wasn't being lined up as a potential mentor.

New Zealand Rugby's coffers are deep and they should help out wherever they can. The four key supporters who vouched for Filipo in court - player agent Warren Alcock, Wellington Rugby boss Steve Rogers, Upper Hutt mayor Wayne Guppy and Petone Rugby Football Club's Darren Larson - should also be right there with him backing up their words.

They did what they could to limit his punishment, the least they can do is to help him improve as a person.

And, of course, the rest is up to Filipo himself.

* Matt Richens has been a sports journalist for 10 years. The Christchurch-based sports nut is so red-and-black that his father used to feed him 'Canterbury Toast' - raspberry jam on one side and Marmite on the other. He also still knows all the words to 'Give It A Boot, Robbie'.