As a child star Dean Stockwell worked with great screen greats like Erroll Flynn. He's now in his 70s and heading to New Zealand for the Armageddon Pulp Expo so we take the opportunity to ask him about his long screen career. Armageddon Expo Auckland is on from Friday 25 October to Monday 28 October at the ASB Showgrounds in Greenlane.

Auckland artist Lana Lopesi plans to encourage young Pacific people in New Zealand to ask their elders about their forgotten history from the 1950s to '80s, including the infamous Dawn Raids. She's calling her series of discussions, workshops, lectures, posters and publications Seize the Time.

The film Diana proves to be disappointingly tasteful, respectful and non-shocking.

We meet some of the artists and organisers who've made it possible for the Wairarapa to have its first region wide arts festival, Kokomai including Johanna Knox, Anne Taylor and Sam Ludden. 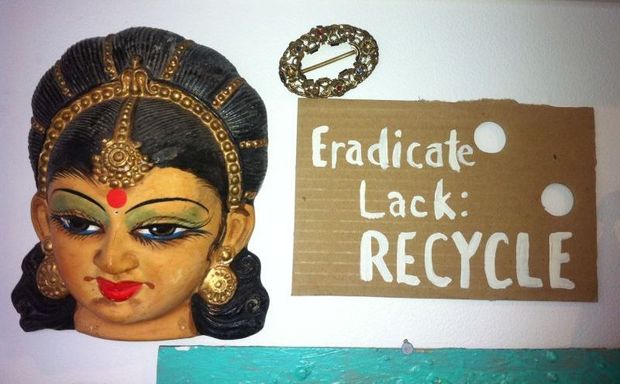 Performance artist Thomas Monckton ahead of his show The Pianist at the Nelson Arts Festival.

Dogs, birds, weapons and women: The silhouetted figures that artist Penny Howard has created for her latest exhibition speak to her desire to use her history and her heritage to discuss colonisation and the cultural and literal landscape of this country. Central to this is her great-great-great-grandmother Te Kuri O Te Wao, the exhibition's namesake. 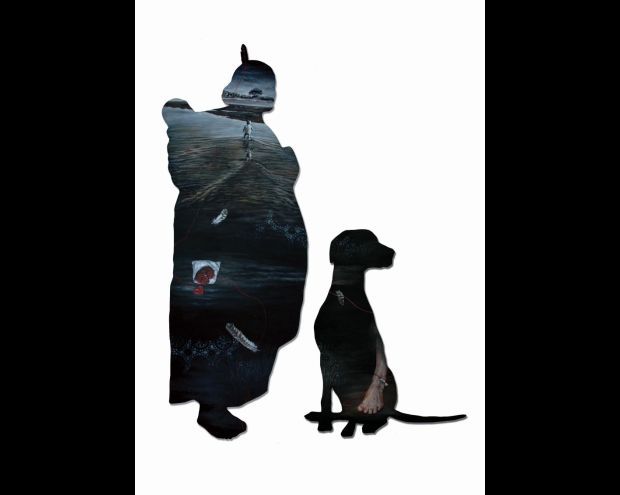 Te Kuri O Te Wao – You leave footprints in the soft earth of my heart, by Penny Howard.

One of the artists at the Sound Full exhibition at City Gallery Wellington screams into amplifiers in a epic and physically extreme sound battle. Kusum Normoyle from Australia is a musician, performance and video artist whose work has been shown around the world. We also feature the robotic alarm clock birds of Eugene Hansen and his collaborators.

A BBC production of The Fisherman by Janet Morris. It's one of the winners of BBC World's playwriting competiton.