Arts on Sunday for Sunday 3 February 2013

David Sutton talks about testing and comparing film and digital cameras in the harsh climate of the Antarctic, and about the history of photography.

Dr Mark Harvey (left) is heading to the 55th Biennale in Venice later this year where he's been invited to perform in the first Maldives pavilion at the arts extravaganza. Mark's a senior lecturer in Dance at the University of Auckland and explains how he came to be invited by the Maldives.

Antonia was just 12 when she started her professional acting career in 1997. She managed both study and filming while still at school and has been in demand on stage and screen ever since. Best-known for her portrayal of Loretta West in the long running TV series Outrageous Fortune, she's now back in a very different role in a murder-mystery-comedy called The Blue Rose.

Lateral-thinking artists like choreographer Malia Johnston and theatre director Emma Willis are at the forefront of dismantling the old 'dyed in the wool' definitions of dance and drama. They're about to stage their third collaborative work, Amanimal, and Malia joins Lynn to talk about that show and how she fits everything into an incredibly busy schedule.

Good arts policy should come out of accurate information and strong data. Who better to provide that than the sector itself? Auckland arts advocates the Creative Coalition have mapped what they call the creative ecology of our biggest city so as to inform central and local government's arts and culture planning. Elise Sterback led the project and tells Justin Gregory just what a "creative ecology" is.

He's the fastidious mechanoid Kryten to his fans, but there's much more to him than a chisled rubber face with a predilection for housework. Robert Llewellyn coming to New Zealand for a Red Dwarf Convention in Auckland.

2:36 The music of the Cook Islands

Amelia Nurse discovers that Cook Islands music is alive and well in New Zealand. Fairoa Aporo offers “The beginners guide to…” and plays some tunes on his eight stringed ukulele. 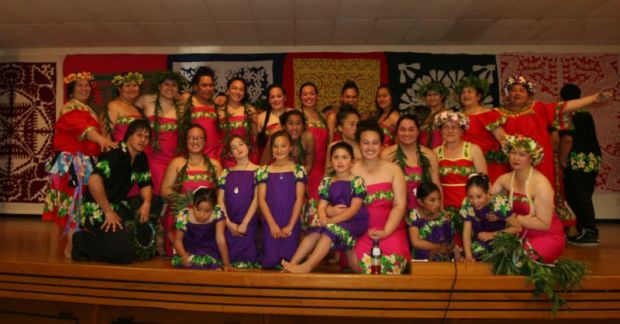 We bring together three members of the New Zealand Guitar Quartet, which is among the homegrown acts performing at the Nelson Chamber Music Festival, to talk about chemistry, repertoire and why sometimes one guitar just isn't enough.

3:05 The Drama Hour - Live the Day by Terry Swanson

This Monday is Nelson Anniversary Day so today in the Drama Hour we bring you a piece about the Nelson region, past and present, as seen through the eyes of two students who are making a radio documentary about the issues that affect the Nelson area, namely tourism and development and foreign ownership of land, the foreshore and sea bed debate, and so on. It includes actual interviews with residents of Nelson.