Doll makers are trying to find a new word to describe what they do which can be a million miles away from miniature perfect people. We find out more with fantasy doll maker, or should that be figurative artist, Tanya Marriott. 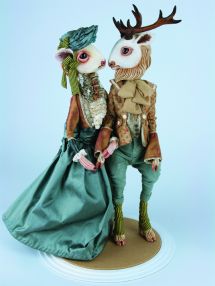 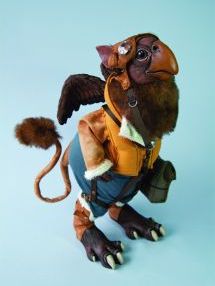 Why are so many Kiwi artists like singer songwriter Don McGlashan and Maori performer Mika so hot under the collar about the Trans-Pacific Partnership Agreement?

Another filmed version of a live stage performance – Christopher Plummer as Barrymore...

Lord of the Rings and Spartacus star Craig Parker (right) talks about fantasy, nudity and fox-fur.

Paul Blomfield from Fashion Industry New Zealand (FINZ) offers an overview of the industry, as another established label bites the dust.

Peter Allely (left), the young man entrusted with setting up a new youth arts and gig centre in Hamilton for the Zeal project.

Bill Parry,180 x 45, by Bob Kerr. The Waihi Miners Union managed to retain a president by paying his salary themselves, and Bill Parry proved his worth during fierce negotiations with the mining company over competitive contracting. Image courtesy of Bob Kerr.

Creative Media Collective is the brain child of Auckland film and documentary maker Karl Sheridan who wanted to find a way to collaborate with artists from different mediums. The collective thus far hosts about 30 artists from New Zealand to Russia and even Norway, and not only does it run its own online radio station but it also has a physical, self-funded space – Monster Valley Studio on Auckland's Dominion Road which is open to the public as an art gallery. Sonia Sly speaks to Karl Sheridan and creative collaborator Robin Gee about the benefits of cross collaboration and the digital age.

The radio adaptation of Lauren Jackson's award-winning play about the trials and tribulations of four young Kiwis overseas exchange students.