Arts on Sunday for Sunday 4 November 2012

Auckland Museum matches artists and performers with young people, gives them a big issue like the environment, housing and employment, and invites them in to respond to items in its collection. Now we can see the outcome of all this matchmaking, the Urbanlife exhibition, from a graff art mural, devised theatre and a soundscape, to spoken word poetry, photography and tee shirts with memorable slogans.

Hana Maihi's blog entry on the creation of the mural. 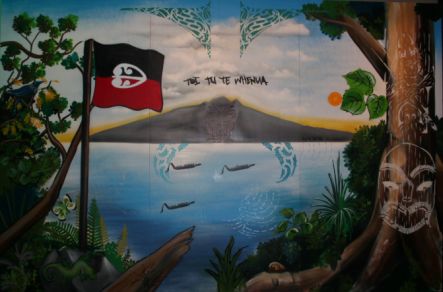 In what's described as one of the biggest shake ups in New Zealand publishing industry history—will the Penguin/Random House combo save Kiwi readers money? And what will it mean for both companies staff and the authors they represent? Fergus Barrowman (right) from Victoria University Press and Lincoln Gould from Booksellers New Zealand discuss the pros and cons.

How long does it take to train an actor? How long have you got? Most actors will tell you that a lifetime isn’t long enough. Toi Whakaari New Zealand Drama School in Wellington and Unitec in Auckland offer three-year degree courses for young luvvies. But The Actors’ Program in Auckland say a one year, high-intensity, back-to-basics acting course will do the job and will turn out what they say are match-fit and industry ready actors. Justin Gregory reports. 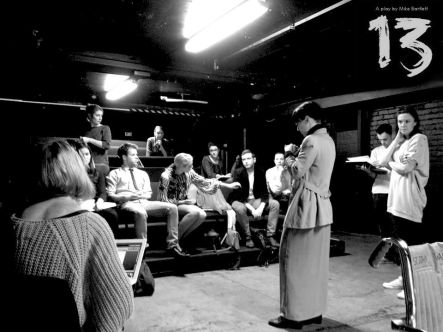 The graduating class of The Actors’ Programme rehearsing at the Basement Theatre. Photo by Adam Baines.

Like the film industry, New Zealand's involvement in gaming has blossomed, and The Dowse Art Museum are hosting an exhibition, Arcade, to celebrate the creativity of talented local games creators and developers. But it's still contestable as to whether or not video games are in fact art. Sonia Sly speaks to Lincoln University philosophy lecturer Grant Tavinor, InGame's- Stephen Knightly, and games writer for Ancient Workshop, James Brown, to find out where they stand and how they see the craft of games creation. 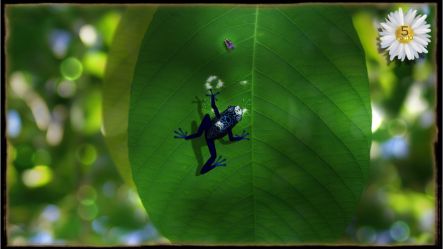 Veteran of the 7 Days comedy show Paul Ego ahead of the team going out on the road with a live show.

Gillian Murphy returns to the Royal New Zealand Ballet to dance her first time as Giselle… we chat about among other things how demands on ballet dancers are changing. 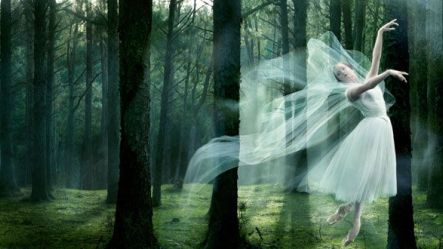 Urther Dean reviews Dean Parker's latest play, Tigers of Wrath, on at Circa Theatre in Wellington. 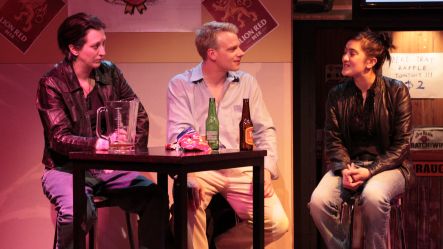 Fran Maguire had a win at the country's biggest ceramics event, where she won a merit award for her work 'Impulse' which the judge described as 'clever and visually stunning'. 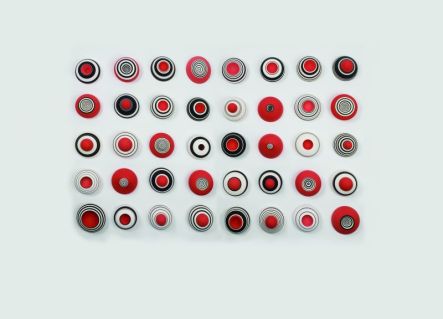 2:48 Into The Uncanny Valley

Shaun D Wilson continues his quest to find out what it takes to get Into The Uncanny Valley onto the stage, as the new high-tech play tries to communicate the story of physics to the theatre-going public.

3:05 The Drama Hour: The Upward Mobility of Gordon Reddy by Sue McCauley

Apart from the inevitable office politics and the unfathomable corporate culture, the world of 'The Office' that the drama traverses is one where change is frequent and frustration constantly bubbles just below the surface.