Ahead of one of the art auctions of the year, we remember the Les and Milly Paris Art Collection, gathered over decades of the Wellington couple falling in love with works of art. A candid Milly gives an interview in her art filled lounge before the works that won’t accompany to her new home in Australia, are taken down for sale. See a video of the works. 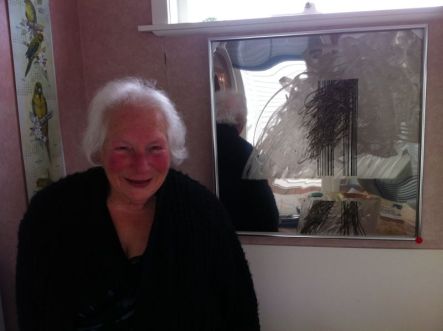 Anything a man can do….a woman might do differently and that’s positive as far as the women who work in the construction industry are concerned. ‘Celebrating Women in Construction’ is a photo exhibition organised by NAWIC: National Association of Women in Construction which launches at Thistle Hall gallery this week. Their goal is to showcase the diversity of roles and contribution that women are making in all aspects of the industry; archaeology, plastering, engineering, carpentry, abseil painting and more. Sonia Sly meets some of the women who have become reluctant poster girls for the exhibition. 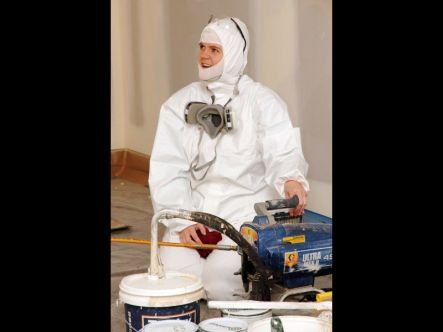 Vince Martin, the face of a NZ tyre company’s ad campaign for years and now the baddie in the film Kiwi Flyer. 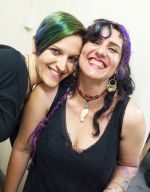 We find out about the pitfalls and possibilities of using the human body as a canvas. Margo JG and Angela Wells run Wellington body art business Lulu’s Face and Body Art. They’re about to compete against each other at the upcoming New Zealand Body Art Showcase.

Out featured writers are Gregory O’Brien, talking about his book on a painter with one of the brightest palettes in New Zealand art history, Pat Hanly, while first time novelist Kirsten McDougall (pictured below) lands her protagonist, Phillip Fetch, with the ghost of his mother in her book, The Invisible Rider.