What does contemporary New Zealand look like when it’s placed on the global arts stage and what is it’s worth? According to arts journalist Peter Brunt, it’s the multicultural voice of Aotearoa that’s reaching international waters.

In advance of a plenary session on this notion of cultural currency  to be held by the Office of Ethnic Affairs later this month,  Sonia Sly speaks to actor and writer Jacob Rajan, musician Bella Kololo and visual artist Kerry Ann Lee, to find out how they view their ethnicity in the context of their art practice, and whether they use it as a form of currency to further their work here and abroad.

Bella Kololo's latest album is Without the Paper. Jacob Rajan is touring The Guru of Chai to Gisborne this week, and Kerry Ann Lee is currently on an artist’s residency in Taipei.

Good For Nothing, The Grey and Starbuck.

Sporting stars have the high profile Halberg Awards; now the Arts Foundation is planning an equivalent event for artists. It's also funding a crowd-funding website - www.boosted.org.nz - to tap into more donors. We hear more from the Arts Foundation's executive director, Simon Bowden.

Public art tends to generate conversation along the lines of those who love the work and those who can't stand it. But in Taupo an artwork by Tim Barlow is getting people talking openly about a big issue for the area - geothermal power.

A review of Sir Ian McKellen's show currently touring New Zealand. It's called Ian McKellen On Stage, and our reviewer was a performance in Hamilton.

South African comedian Stuart Taylor (below), who isn't afraid to put himself out there with his picks - especially on the issue of race. 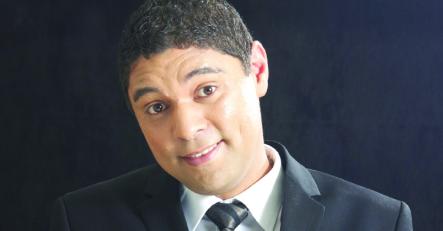 Richard Strauss's colossal Alpine Symphony is seldom tackled, given that it demands around 100 musicians. Five-times Grammy Award winner David Zinman is conducting the New Zealand Symphony Orchestra as it takes on one of its biggest challenges.

The world of barbershop quartets with John Denton from the City of Sails Chorus. And no, it's not all about boaters, blazers, and big moustaches.

Writer David Mamea chats briefly about writing for radio for the first time and then we listen to his new play, Sky Blue.