Susan Wilson, who's become an authority on the works of British painter Lucian Freud. 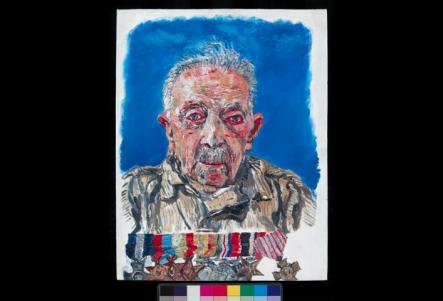 With earthquake damage worse than first, gallery staff are thinking laterally, and this weekend sees the beginning of the Rolling Maul Exhibition. Director Jenny Harper gives us an update.

The life and times of the arts critic who's been reviewing for The Herald for 46 years.

Devised theatre has a long-standing tradition in Europe and in layman’s terms it’s a way of telling stories in the theatre without the confines of working with an established script. Sonia Sly meets with Christian Penny, director of Toi Whakaari: NZ Drama School; Tom McCrory, senior movement tutor (Toi Whakaari )and cofounder of Pacific Island theatre Company The Conch; and Bert Van Dijk, author of Devised Theatre: a practical guide to the devising process, to discuss the importance of devising, the problems of creation, and the need for surprise and accessibility within the theatre.

Scott Blanks previews some of the Comedy Festival's headliners.

The country's busiest touring company has helped many aspiring young singers to find an audience and a singing career and it's celebrating its 10th anniversary this year.

We find out about a pilot programme a publisher is trialling in Auckland, trying to encourage young people to review the books they read.

Visiting North American poet Rachel Blau DuPlessis (right) who's on the verge of completing an epic poem she's been writing since 1986.

A movie adapted for the big screen by a playwright who adapted it from an LP Hartley novel - The Go-Between.

3:10 Henry the Sixth as a Balkan war trilogy

A short item from the BBC about the most controversial entry into the Shakespeare Festival Globe to Globe.

An Italian immigrant family's beliefs take a beating when their boat is wrecked in a storm.