Christchurch's Court Theatre finally finds a new home, at least temporarily, in a shed in Addington.

Sketch by Julian Southgate of the the space as it is.

Sketch by Julian Southgate of the planned result.

An urban alienation themed-film has been awarded best short at Cannes Critics' Week 2011.

Blue on NZ On Screen.

Simon looks at the shrouded-in-secrecy documentary Catfish. And the return of two favourites of the past - Water For Elephants is a traditional circus-movie, and Burke And Hare is that old reliable, an Ealing comedy.

The first short film made by the New Zealand government is dusted off and shown again. The title Country Lads might evoke sheep-shearing and rural dances, but in fact, it's documenting a significant piece of our precious past.

Country Lads on NZ On Screen.

We find out what it takes to be an attendant at the New Zealand venue at the world's biggest visual arts event, the Venice Biennale, and why invited pianists can't wait to play artist Michael Parakowhai's carved Steinway. 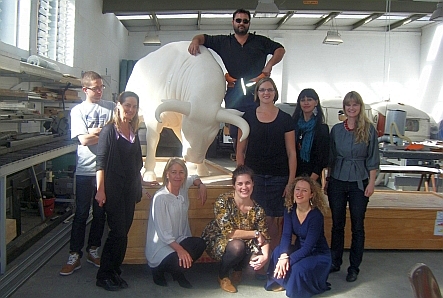 The artist with all the attendants at the biennale.

The winner of the recent Music Managers Awards for Industry Champion was the lobby group Independent Music New Zealand - accepting the award was founding member Ben Howe (right) from Arch Hill Recordings. He discusses the big issues facing the music industry and the rise of the indie labels. 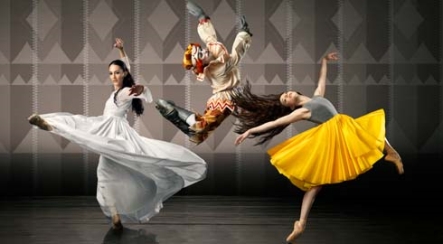 The winners of the children's choice prize at the New Zealand Post Children's Book Awards, Rowan and Mark Sommerset, with their illustrated story about a very smart sheep.

Sam Kelly's whose new spin on an old craft is getting attention in Europe.

3:00 A History of the World in a Hundred Objects (BBC)

What happens when people move from villages to cities.