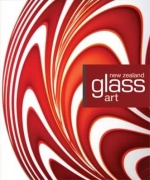 We consider the history and future of the New Zealand glass art scene ahead of a conference of glass artists and the publication of a book about them.

The woman who advises the Mayor of London looks ahead to the UK coalition government's major spending review out this week, and considers the implications for the British arts sector.

Simon Morris sees what may be the smallest thrillers ever - Buried features one actor in a coffin. Dinner for Schmucks wonders if French farce travels to America. And independent New Zealand film Insatiable Moon turns a small budget, and no outside help, to its advantage.

Chamber Music New Zealand marks its diamond anniversary with a bookby Jane Dawson looking back over 60 years and ahead to the future that's looking good.

Actor, comedian, director Mark Hadlow (right) who is back on the Court Theatre stage after a nine year absence.

Richard Maloy (left) on why he photographed another artist's left-over-bits of clay for three months on his recent residency in the USA.

Our featured writers are novelist David McGill (below left), and poet Elizabeth Smith (below right) who's teamed up with photographer Jane Dove Juneau for a new book The Sea Question.

Caren Florance has turned poems from both sides of the Tasman into artworks using a rare printing press.

A double bill - from New Zealand The China Theory of Life by Jenny Bornholdt and from Africa, the comedy At Her Majesty's Pleasure.