We find out what it takes to design sets for Hollywood films, from Spiderman to the animated background for Happy Feet. Marco Nero is a concept designer with an intriguing CV. 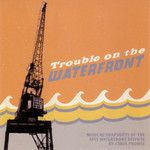 12:50 Trouble on the Waterfront

Arts administrator and musician, Chris Prowse on his concept album, Trouble on the Waterfront, which looks back at the bitter Waterfront dispute of 1951.

Simon goes around the world - to a Chinese epic Red Cliff, to a French farce A Pain in the Ass, to an American horror Final Destination 3D and to an English film devoted to the beautiful game, football - The Damned United.

An extended interview with Philippa Boyens, an integral member of the trio of filmmakers who put New Zealand on the map with the Lord of the Rings trilogy and King Kong. Philippa talks about the trio's dynamics and looks ahead to the release of Peter's next film, The Lovely Bones. 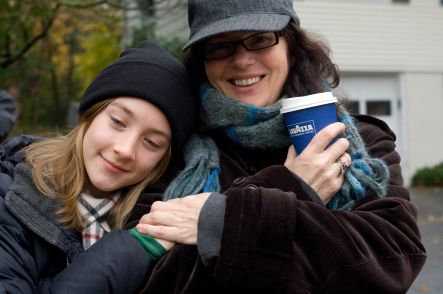 Philippa with actress Saoirse Ronan during filming of The Lovely Bones

The improvised comedy competition, Stand up and Be Counted, continues.

Derak Flores, Hilaire Carmody and Jim Stanton in Stand Up and Be Counted

Sally-Ann Spencer on translating a giant book about dwarves from German into English.

2:50 Simon takes a look at the upcoming Show Me Shorts Film Festival. 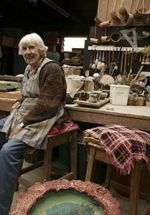 A tribute to the ceramicist and pioneering art and craft educationalist, Dame Doreen Blumhardt (right), who died recently.

The tragic wreck of a bullion-laden ship 150 years ago is the subject of our docudrama, of The Wreck of the Royal Charter.