The third Maori Art Market is being held at two venues in Porirua, Pataka Museum and the Te Rauparaha arena. The Market exhibits a range of contemporary Maori art, New Zealand art, and works by other first nation artists. Lucy Orbell went along as the sites were being set up.

Hamish McDouall, the author of 100 Essential New Zealand Films talks to Simon Morris about what counts as a great New Zealand film. Does it have to be shot here, to star New Zealand actors, even to be New Zealand-financed?

This week Simon is favourably disposed towards three films - political satire, In The Loop… award-winning Australian art-film Samson and Delilah… and a new American break-up comedy-drama, 500 Days of Summer.

Today is the first day of the Auckland Architecture Week. It's the third time Auckland's design and buildings have been examined, celebrated, and debated. Lucy Orbell talked with the organiser of the event - and chair of the Auckland branch of the New Zealand Institute of Architects - Christina van Bohemen.

Lyne Pringle casts an expert eye over this years' Footnote Dance Company commissioned solo works for choreographers and dancers. It's the 2009 Forte - Solo Series, which travels to the City Art Rooms in Auckland tomorrow before heading to Tauranga's Baycourt Theatre.

In an age of digital 3D animation and computer-driven special effects, one of the oldest animation techniques - stop-motion manipulation of models - is still very much a part of the industry… Kiwi animator Antony Elworthy talks about the technique with Simon Morris

Auckland painter Penny Howard and poet Doug Poole have combined their artistic endeavours to create Atarangi Whenua - literally, Shadow Land - a fusion of their respective cultures as works of art and poetry. They describe the concept to Simon Morris. 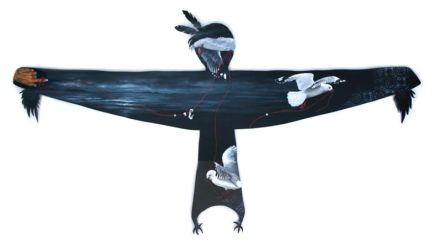 New Zealand neon artist Paul Hartigan has recycled rare glass from the 1930s to create whirling neon tubes of light that the publicity describes as looking like alien artifacts. Lynn Freeman talks to the artist about his exhibition The Undrawn which opens on Tuesday at Auckland's Artist Gallery in Parnell. 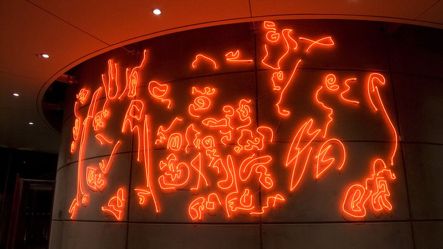