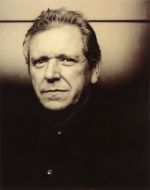 12:40 Artistic director of the 17th Biennale of Sydney, David Elliott

David Elliott (right) explains what he's looking for from New Zealand artists wanting to be invited to be part of one of Australasia's biggest visual arts events.

The country's first Fringe Festival could bow out just before it's 20th anniversary - how could this happen? And can the Wellington arts community do anything to save it?

Featuring the comeback of the year - Mickey Rourke as The Wrestler…

Simon Morris talks to actress Rebecca Hall who's rapidly shot to Hollywood fame and who's currently appearing on stage in The Cherry Orchard in Auckland.

Kate Ward-Smythe reviews Rebecca Hall and her famous co-stars in The Cherry Orchard. 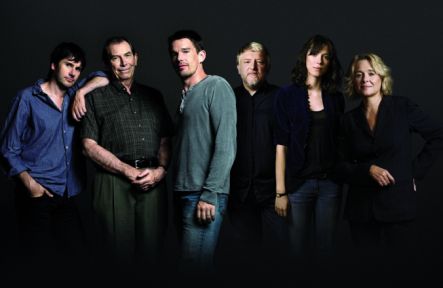 The cast of The Cherry Orchard

Lucy Orbell looks into the labour intensive labour of love that goes into patchwork quilting.

Actor Jonathon Leigh (left) shares some of his most loved comedy moment.

Darren Glass has made almost a hundred pinhole cameras, including ones out of a wheelie bin, a paua, a frisbee (right) and a fruit pie.

A chance to hear last week's scheduled interviews with debut novelists Mia Farlane and Michele Powles. You may recall we were foiled by an untimely fire alarm!

Uther Dean reviews the latest play by French playwright Yasmina Reza - God of Carnage, on at Circa theatre.

Auckland artist Tracey Walker isn't afraid of taking on big themes, like the current global economic crunch and the obsession with subdividing blocks of land.